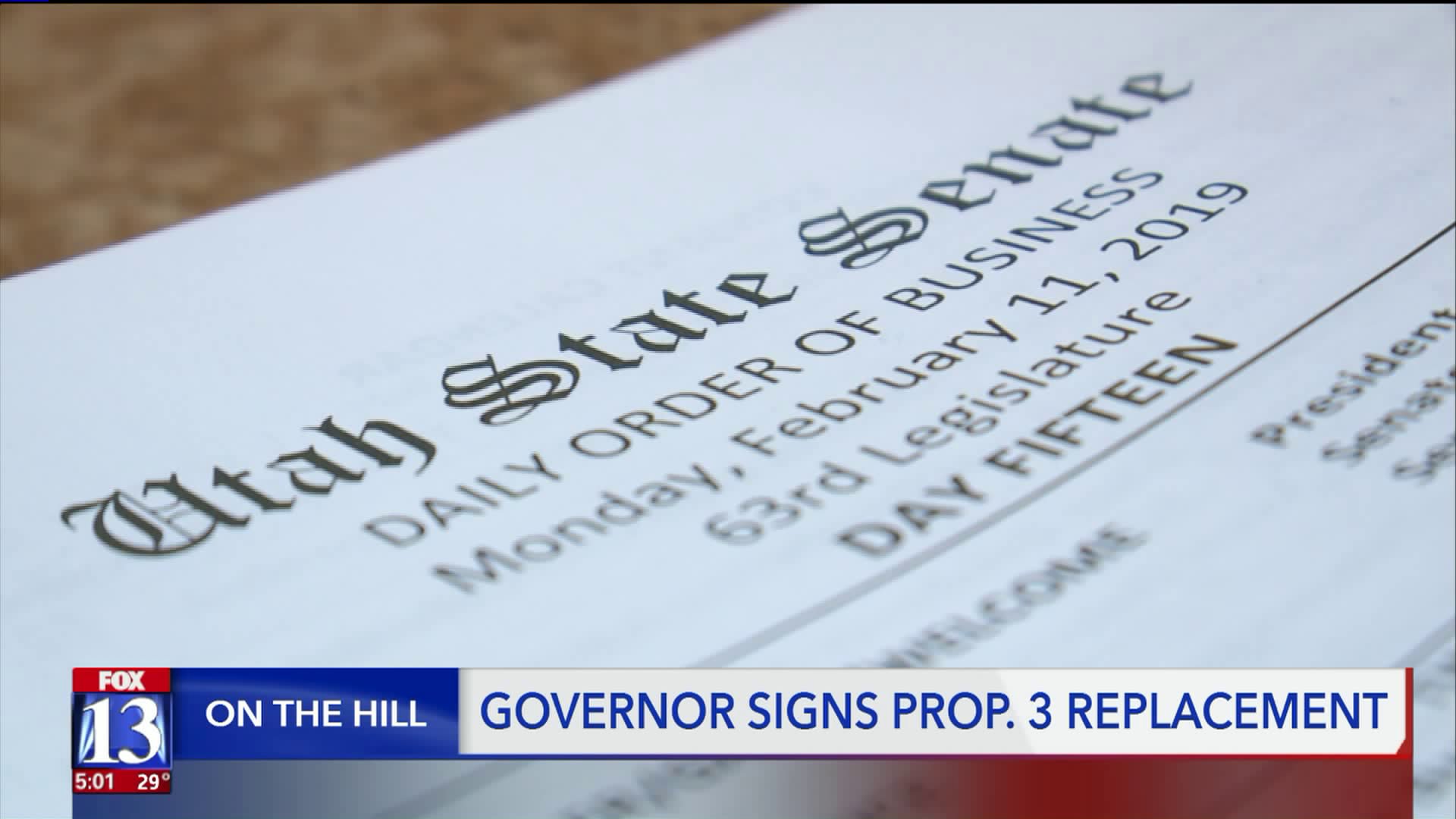 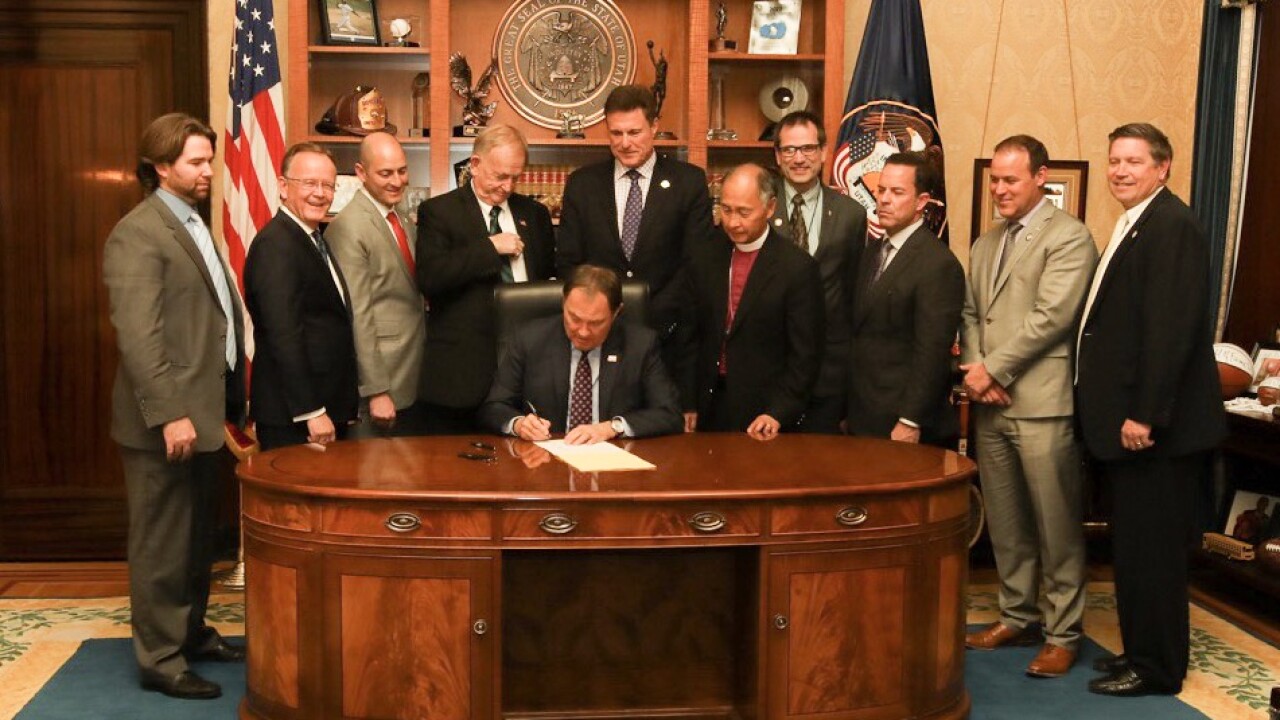 The governor signed the bill Monday afternoon after meeting with interfaith leaders and legislative leadership. It goes into effect immediately.

"SB96 balances Utah’s sense of compassion and frugality. It provides quality coverage to the same population covered by Proposition 3 in a meaningful, humane and sustainable way. It is now time to set aside differences and move forward to get those in greatest need enrolled on Medicaid and on the federal health care exchanges," Gov. Herbert said in a statement.

"This bill is not perfect, and there are significant parts of it that we don't support and will work hard to fix. But Governor Hebert, President Adams, and Speaker Wilson have stated that we will have an April 1, 2019 roll out date of coverage. UHPP, and our partners in the community, should be ready. We will finally be able to get coverage for Utahns that need it badly."

In a 22-7 vote on Monday morning, Senate Bill 96 was passed on concurrence calendar. That means the Senate agreed to accept changes made by the House of Representatives to the bill.

The vote was largely along party lines, with Sen. Todd Weiler, R-Woods Cross, joining Democrats in voting no.

The bill makes changes to an initiative passed by voters in November to expand Medicaid in Utah. Lawmakers insist that Prop. 3, and the sales tax hike that went with it, is not enough to cover everyone and expanding costs could hurt the state’s budget. SB96 includes enrollment caps, a work requirement, and seeks federal waivers.

The House included a fallback plan in case the Trump administration doesn’t grant those waivers, reverting to full Medicaid expansion.

“So the fallback is to give the people what they voted for, full Medicaid expansion,” Sen. Gene Davis, D-Salt Lake City, asked.

SB 96 passed both the Utah House and Senate with veto-proof majorities. That makes it tough for a veto or a citizen referendum on the law.

“This is a dark day for democracy in Utah. State legislators turned their backs on voters and on families in need. This bill leaves billions of our tax dollars in Washington and cuts healthcare for tens-of-thousands of Utahns. While special interests and politicians celebrate the success of their backroom deal, Utah families will be up late tonight knowing they just lost the ability to afford lifesaving care,” Utah Decides Healthcare, which sponsored Prop. 3, said in a statement.

The Utah State Supreme Court is about take up a legal challenge to the legislature’s efforts to replace Prop. 2, which could affect the future of Prop. 3.