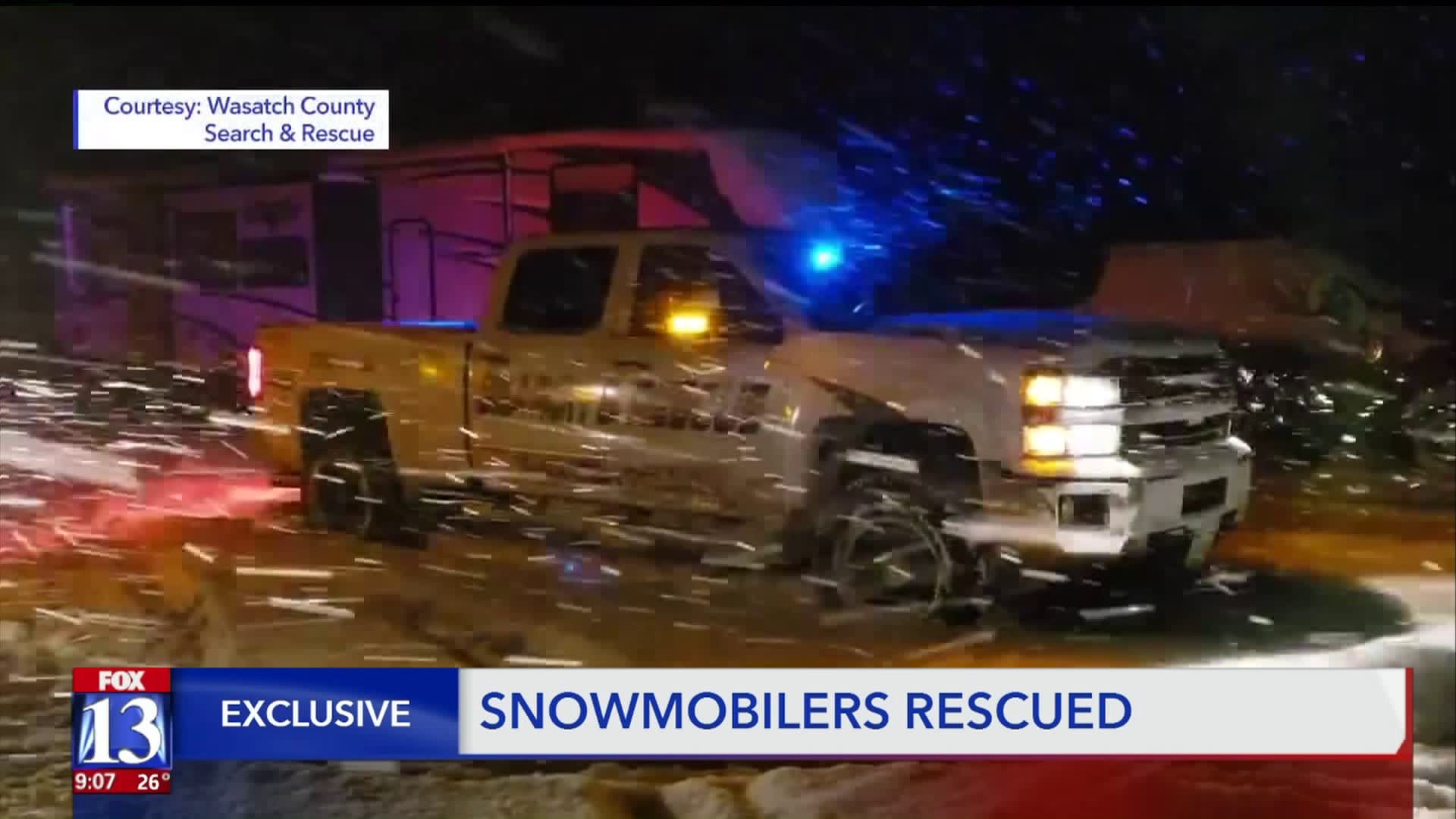 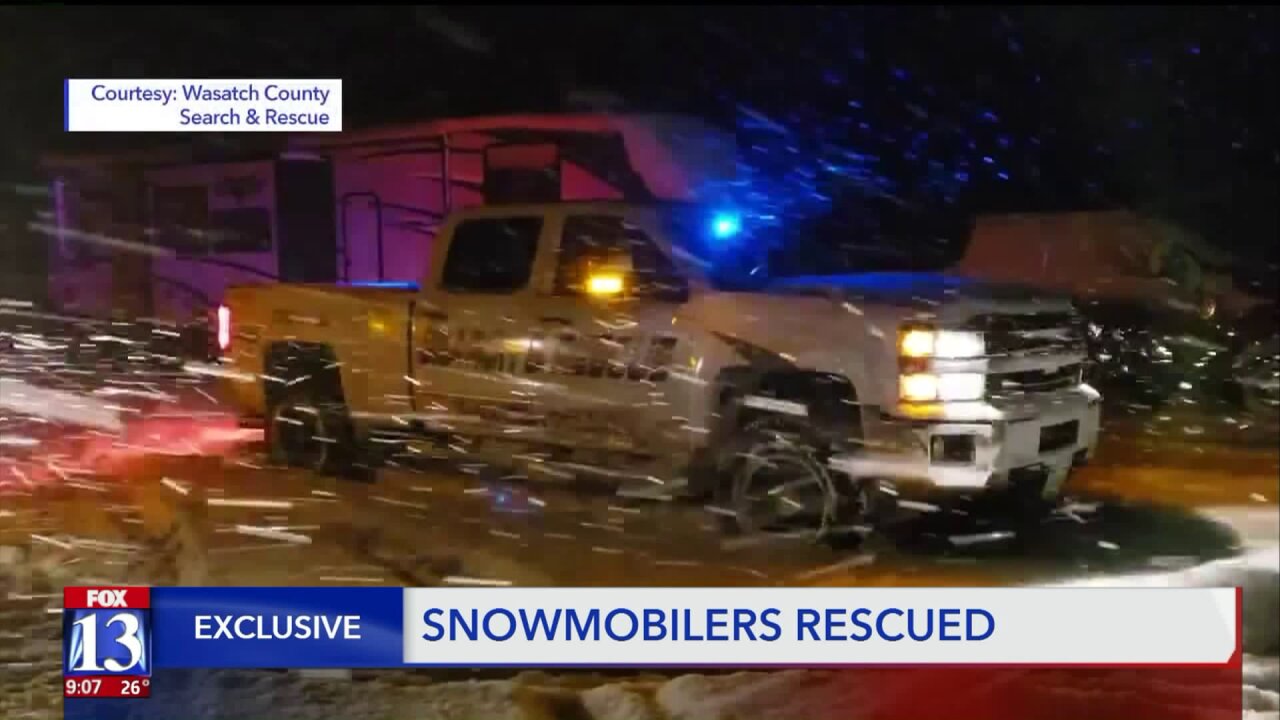 WASATCH COUNTY, Utah — A snowmobiler is thankful for the work of volunteer rescuers after being stranded for hours Saturday.

Evan Matheson and his son were enjoying a day on their snowmobiles when they made a decision they would regret.

“We turned off a groomed area and dropped off over a little drop,” Matheson said. “All of a sudden, the snow was way deep.”

The pair tried to walk back to safety but quickly realized that wasn’t going to happen.

“It was knee deep, then it was waist deep. and then we were falling through, neck deep.” Matheson said.

The Mathesons realized there was no way out, and as darkness fell and temperatures dropped, they called 911.

Waiting for help to arrive, they used their survival skills — some learned while in the Boy Scouts — to stay warm. Evan started a fire using cotton balls coated in Vaseline.

“The fire was comforting, but we were running out of twigs to burn,” Matheson said.

The Mathesons never panicked, but waiting hours for help was agonizing.

“It was getting colder and snowing harder,” Matheson said.

He recalled thinking to himself, “This is going to be really miserable to spend the night here and maybe we won’t make it.”

After waiting for about two and a half hours, the Mathesons heard rescuers getting closer. The crew of about 14 people led the duo to safety.

“Those are all volunteers and they were there so quick,” Matheson said. “I am so grateful.”

Matheson is also thankful he was well prepared for the harsh conditions.

The experience has taught him a valuable lesson that should prevent something like this from happening again.