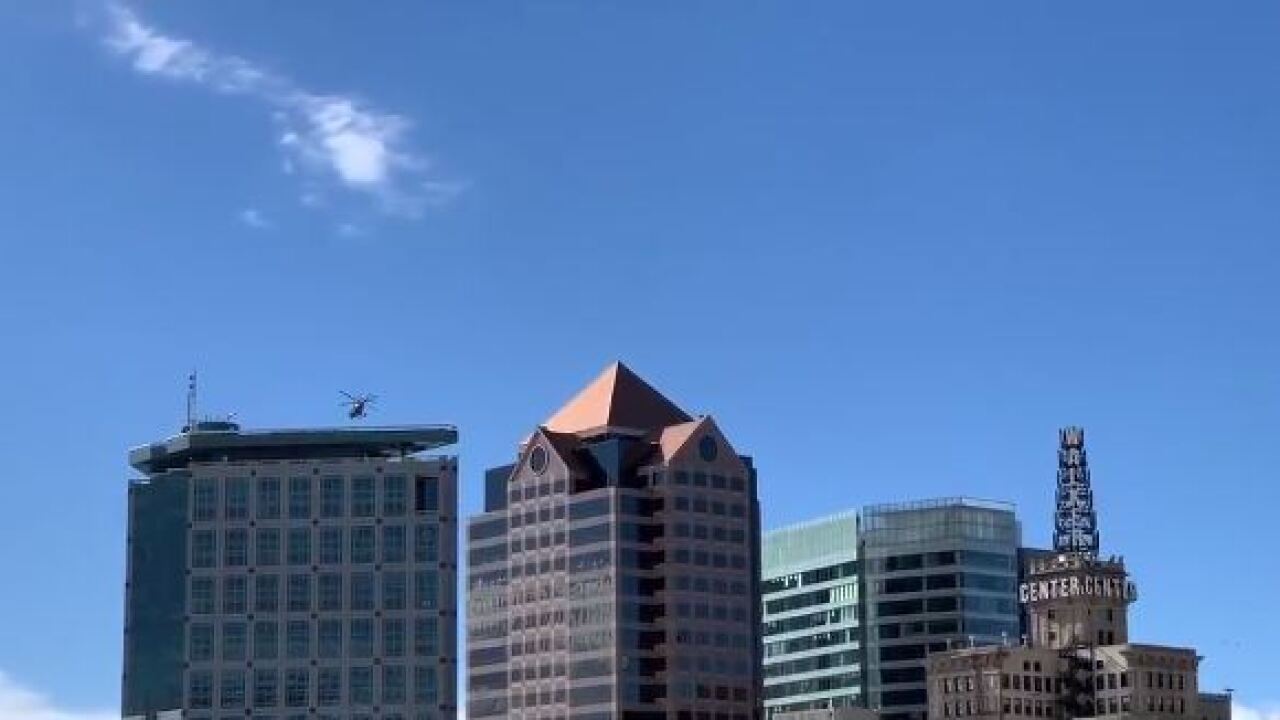 The center is located at 299 Main Street in Salt Lake City.

Heads up! @UTNationalGuard doing training on downtown buildings. Look for helicopters to be hovering over the #SLC skyline. @fox13 #Utah pic.twitter.com/y63mhcJZ7e

“The aircrafts are scheduled to conduct multiple passes and landings between 11 a.m. and 5 p.m. as a rehearsal for a larger exercise called Desert Ice, which will take during the night of April 10, 2019,” a press release stated.

The roof of the center where the helicopters landed was closed off to the public and the media.

“Exercise Desert Ice began in 2005 and was developed into a multi-service, multinational training event designed to fortify the nation’s security against chemical, biological, radiological and nuclear threats,” the press release said. “Desert Ice is scheduled for April 10, 2019, in collaboration with foreign partners such as Canada, Australia and United Kingdom.”