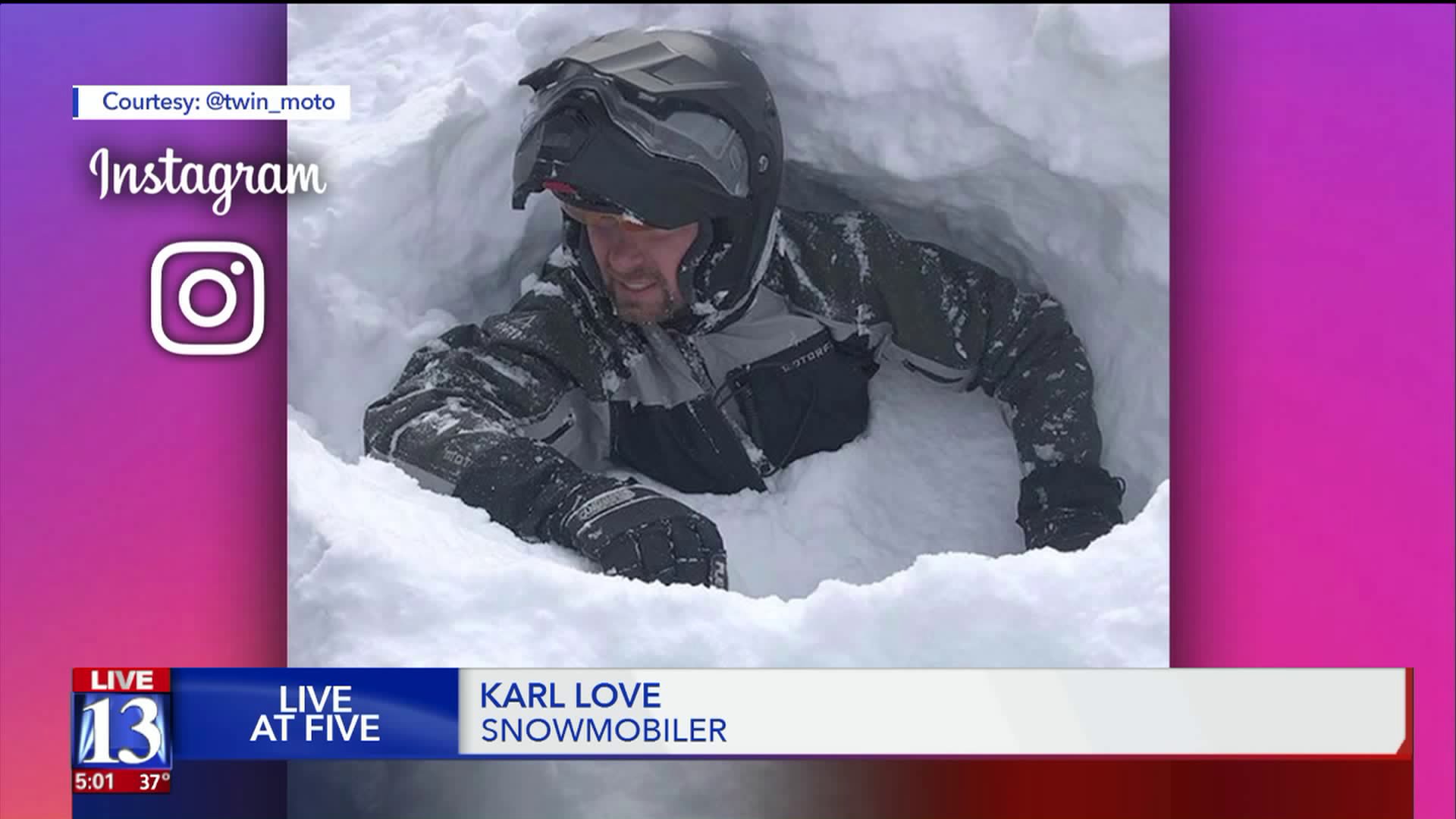 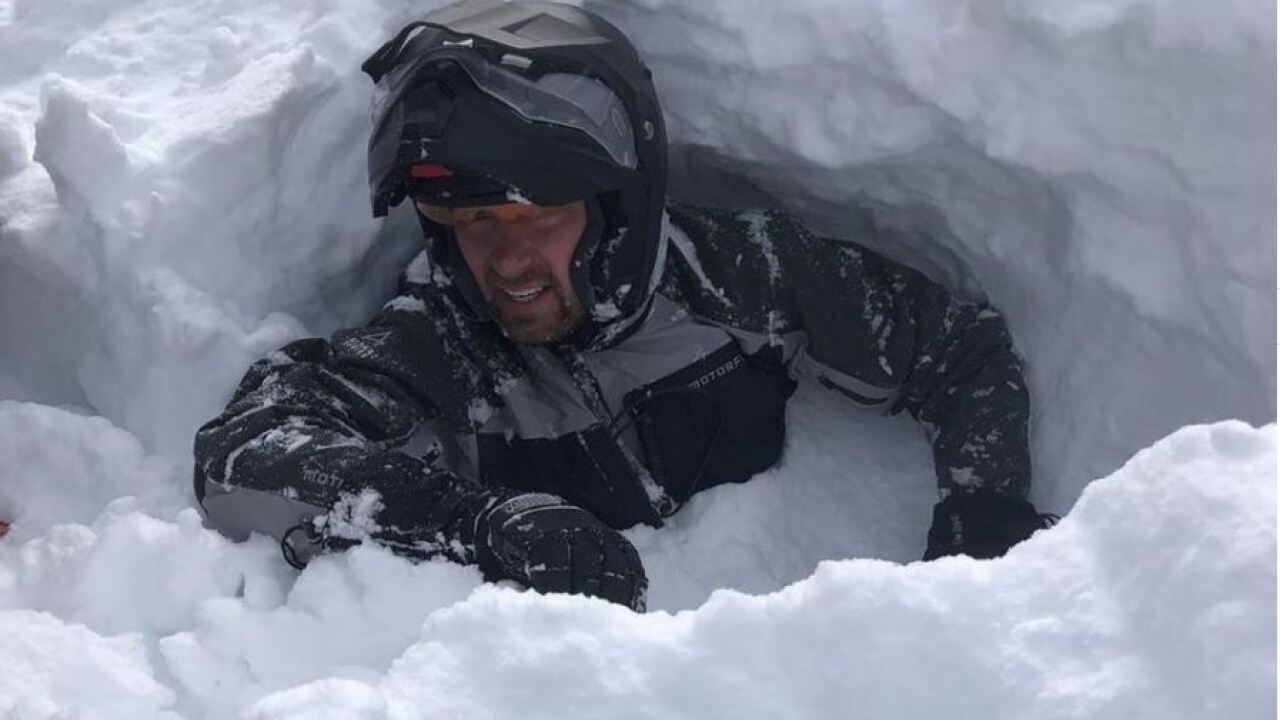 KAMAS, Utah -- A snowmobiler who was caught in an avalanche Saturday survived a "close call," the Utah Avalanche Center said in a Facebook post.

A snowmobiler who was involved in the incident said that he and his friends were "side hilling" a slope in the Woodland area near Kamas when the avalanche occurred.

The snowmobiler said that when he got through the hill, he looked back and saw that his friend had disappeared.

"We flew back to find him," the snowmobiler wrote. "I launched my bike up into the avalanche where I saw a hand sticking out of the snow. It was Rob!! I got his head free and started looking for others."

The snowmobiler said that following the avalanche, four people were unaccounted for, but two "rolled up" to the group shortly after the incident and radioed for help.

The avalanche center said that no one was injured in the incident and that all of the snowmobilers involved had rescue gear.

"2- Know the number of guys you are with because thinking of all the names of the guys in your group is seriously hard when you are wondering if one of them is buried!

"4- i will admit to this! Keeping your composure and staying calm in that situation is near impossible! I lost it!"

Photos taken following the avalanche can be seen below: 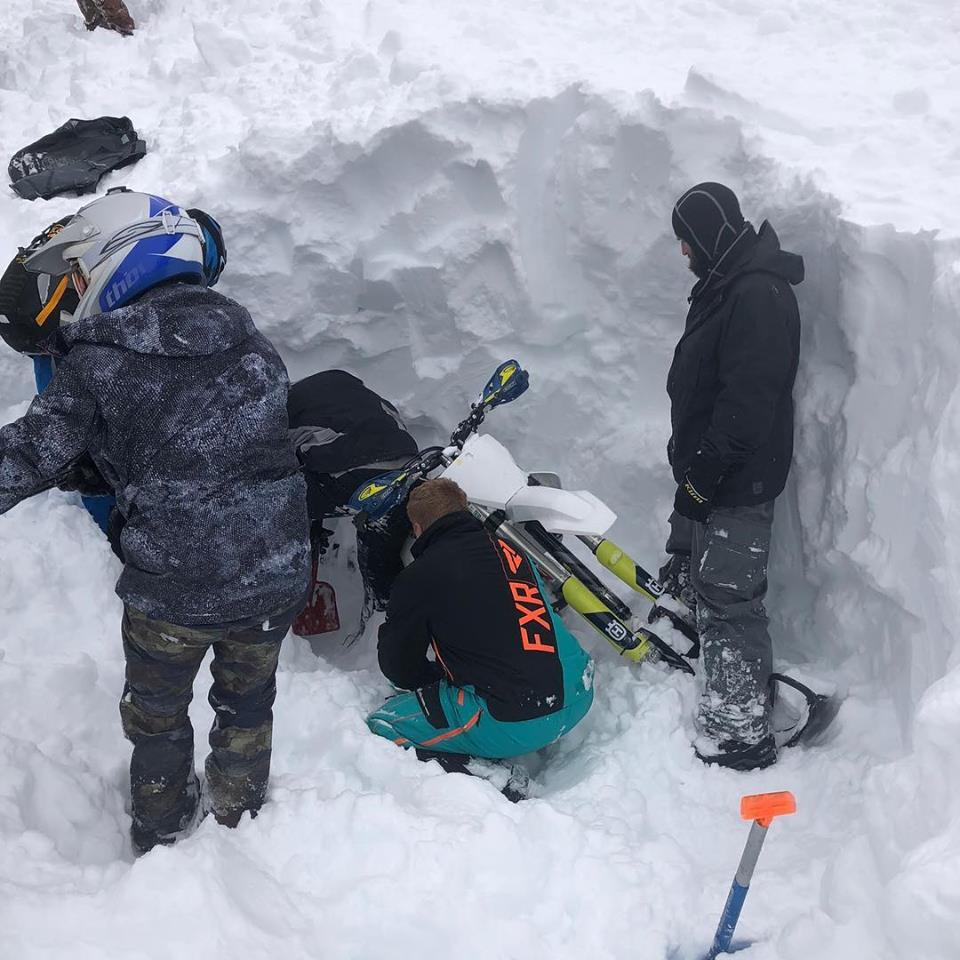