‘It really was pure panic,’ Utah snowbiker recalls being buried by avalanche 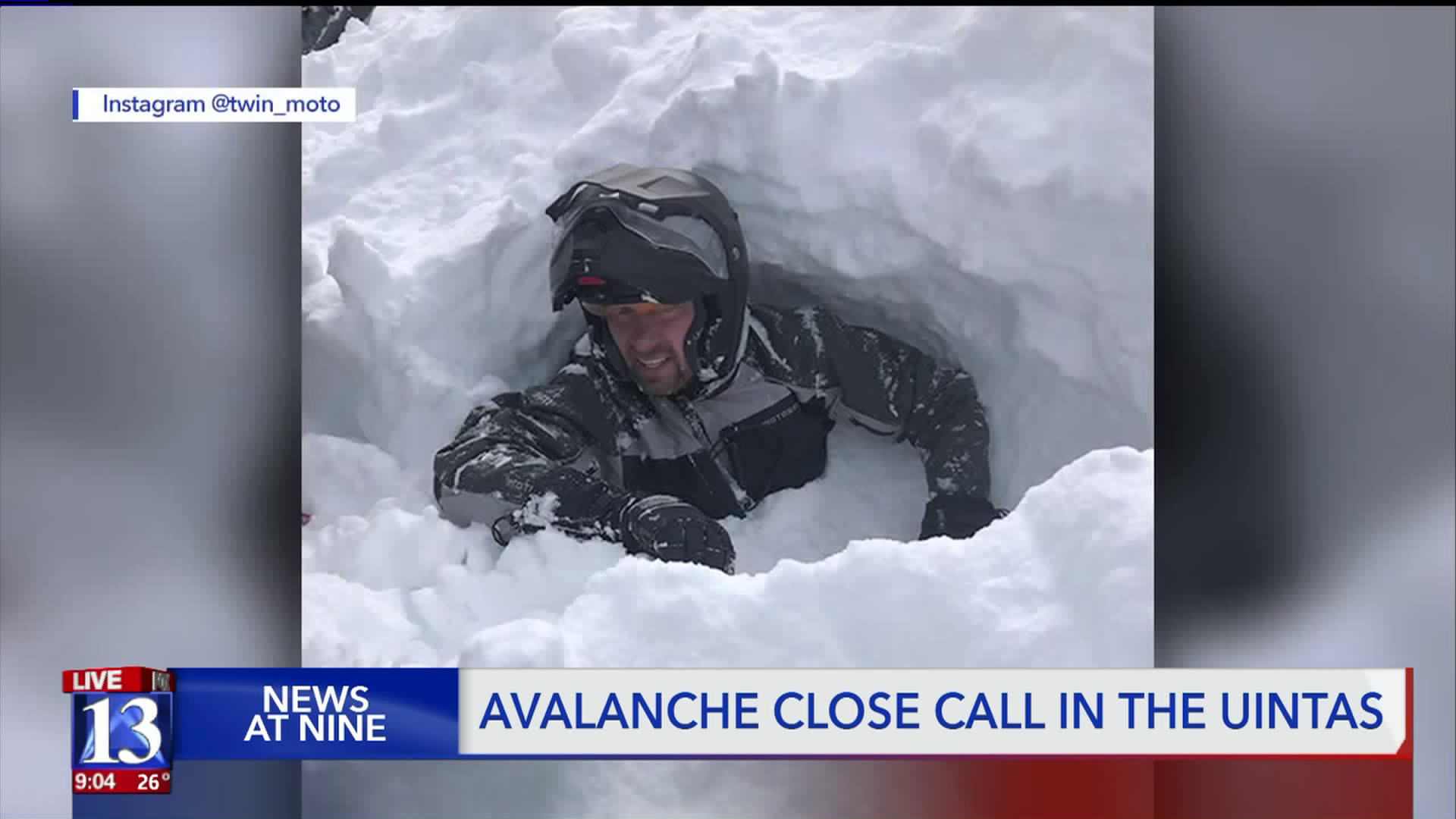 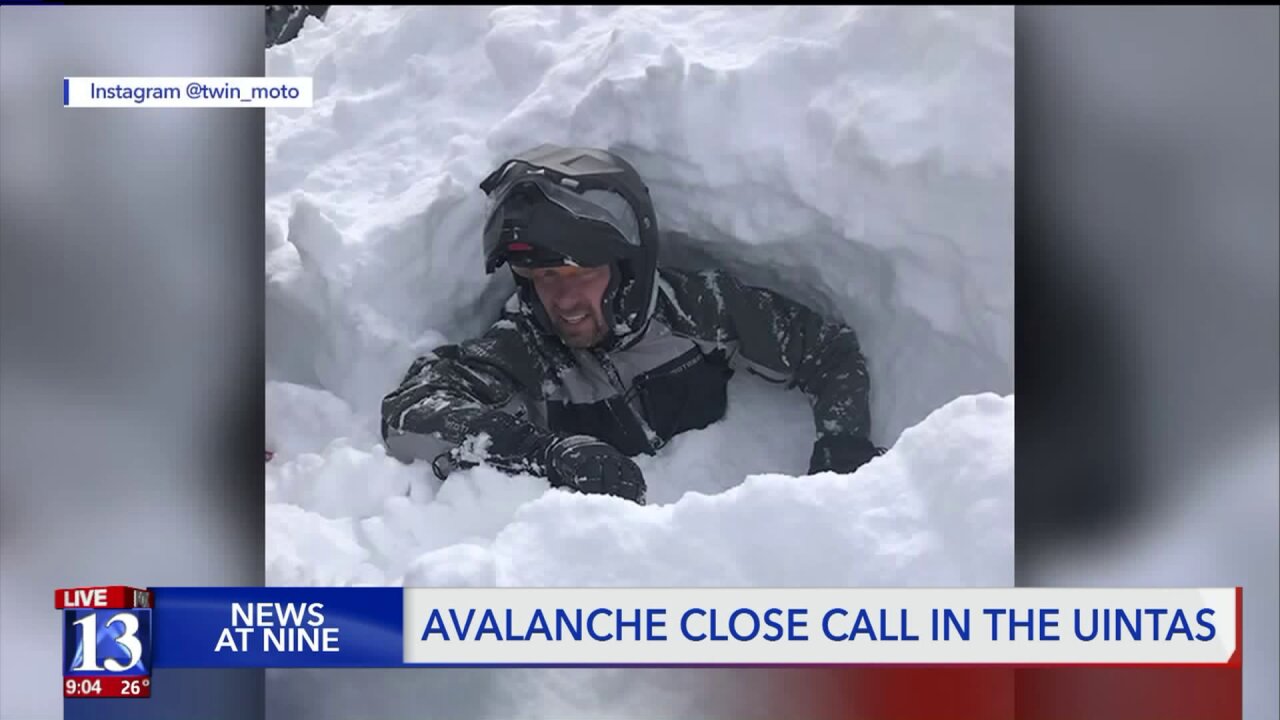 SUMMIT COUNTY, Utah — A snowbiker who was buried by an avalanche is lucky to be alive after a friend saw his hand popping out of the snow and started to dig.

Saturday was a great day in Summit County’s backcountry.

“We had an awesome day, best powder of the year,” said snowbiker Karl Love.

Karl and seven of his friends were up in the Double Hill area of the Uintas for a day of riding.

“My buddy Rob and I were side hilling the slope,” Love explained.

That’s when the unexpected happened.

“I look back behind me and Rob and all of the snow on the slope are gone,” said Love. “My first thought is, did I trigger it? and who did I kill?”

The party had triggered a massive avalanche.

“I turned around, took off and jumped into the debris and that’s when I saw Rob’s hand sticking out of the snow,” Love recalled.

Karl started digging, a matter of minutes that he said felt like an eternity.

“I got him [Rob] unburied just to his head and he said ‘Hey get everyone else unburied, I can breathe,’” said Love.

Not knowing where some of the group had ended up, they began to worry that four others might be trapped under the slide.

“[I] took out my beacon and started looking for others, it really was pure panic,” Love said.

Fortunately for this group, everyone was outfitted with avalanche gear. Karl was able to reach the others with his radio and make sure everyone was safe.

“When you see something like that, it’s just like a million thoughts rush through your mind and, it’s just, you’re thinking the worst.. and it just was crazy,” he said.

The group was able to dig Rob out, his body and bike were buried by 15 to 20 feet of snow. Everyone came away unharmed, but the group learned a valuable lesson.

“It’s changed my whole perspective on what is safe and what is not,” Love said. “The slope I hit had three tracks through it already so I assumed it’s safe, obviously it wasn’t.”

Karl said they did check the avalanche forecast before going and it appeared to be okay. However, he admits it was over 30 degrees, which should have been a red flag indicating they shouldn’t have been on the snow.

“No one’s going to hit a slope if you know it’s going to break, it’s just one of those things that happened,” Love said.

Karl said having avalanche equipment was a saving grace for them. Now they hope their story can help someone else, especially with fresh powder coming in.