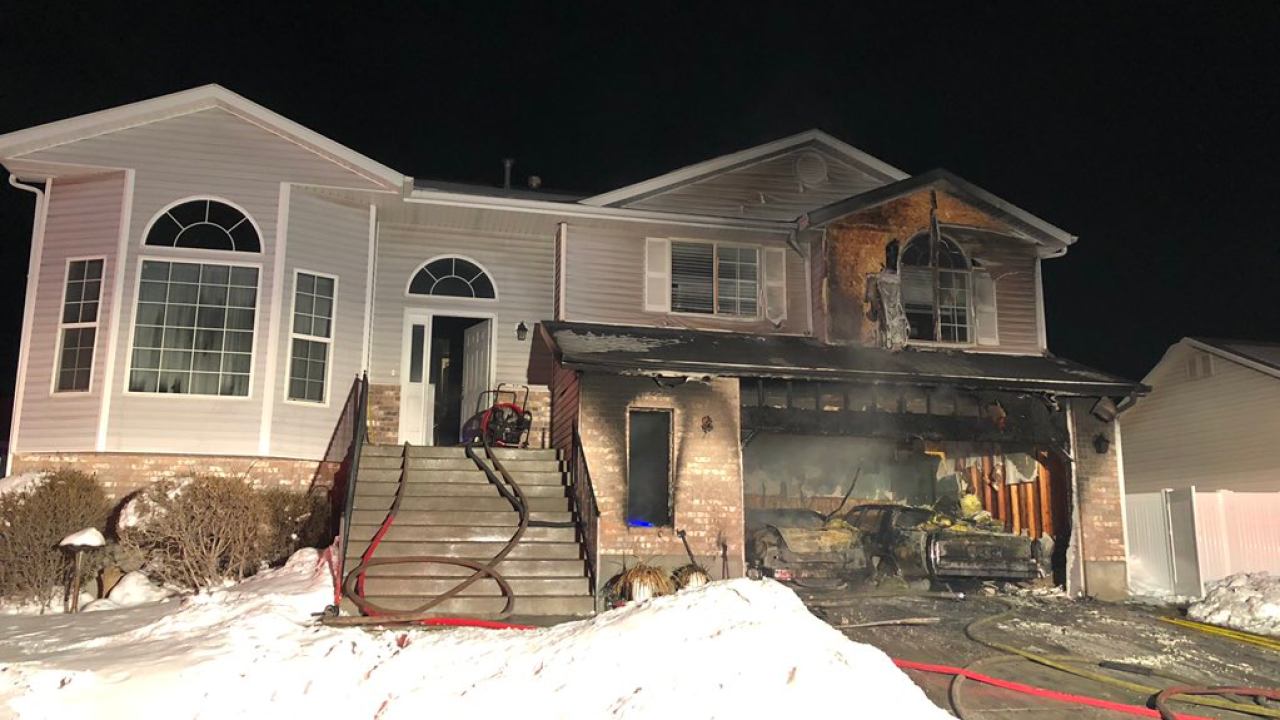 KEARNS, Utah – A family was displaced Saturday night after a garage fire caused damage to parts of their home.

Fire crews responded to reports of a garage fire located at a residence at 6195 West Oakshade Lane in Kearns.

Unified Fire Authority said six people and a dog were watching TV in the home around 8:15 p.m. when they could smell smoke.

The family and dog made it out of the home safely and no one received any injuries.

Unified Fire Authority is working to determine the cause of the fire.

Due to a lot of smoke damage, the family was displaced at least for the night, according to Unified Fire Authority.