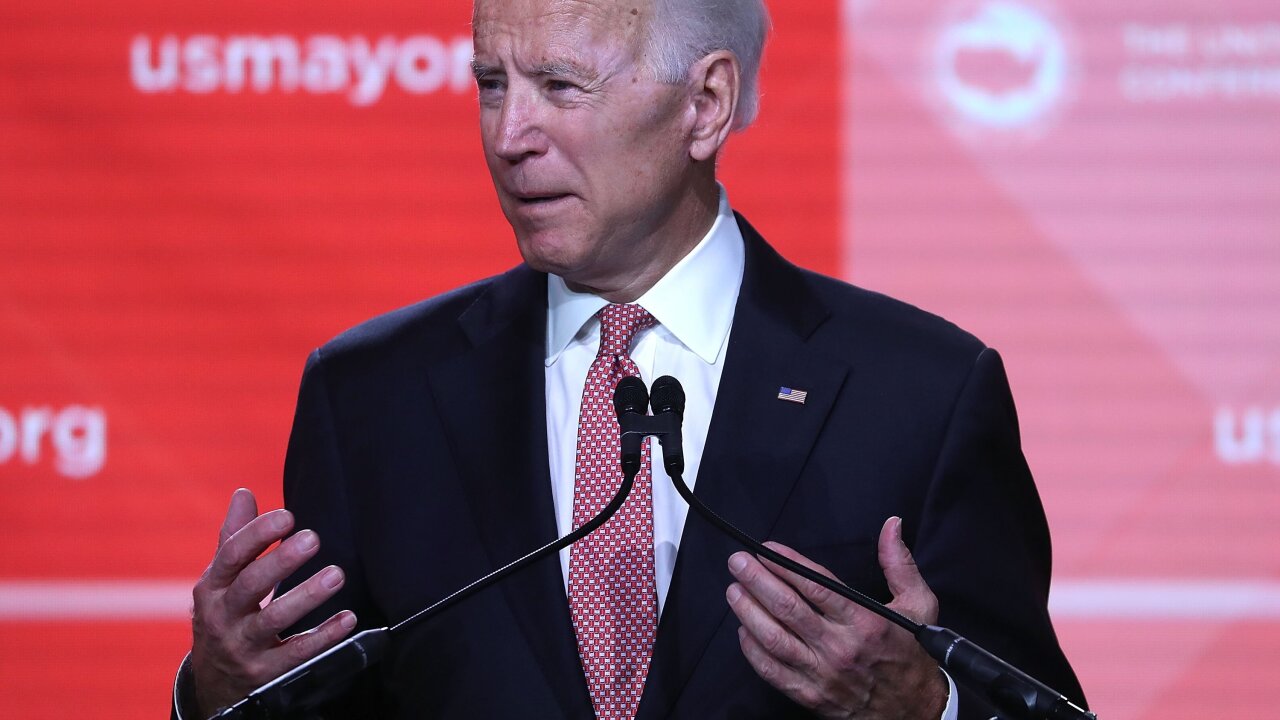 ATLANTA — More than six in 10 Democratic and Democratic-leaning voters say former Vice President Joe Biden should make a run for president, according to a new CNN poll conducted by SSRS, and half of all Americans say they would be at least somewhat likely to back him should he run for the White House.

At the same time, 52% of Americans say they are not at all likely to support President Donald Trump for re-election in the coming 2020 contest.

About half of Democrats and Democratic-leaners (49%) say the ability to beat Trump is extremely important to them in deciding whom to support for their party’s nomination in 2020, that outpaces the second highest-rated trait — having the right experience to be president — by 10 points.

Support for a bid from Biden is higher among Democratic voters this year (62%) than it was in 2015. Back then, only about half of Democratic voters said they wanted Biden to run (53% in August, 47% in October).

The former vice president hasn’t declared a run for president or even announced an exploratory committee, saying last week that he’s “closer” to a decision than he was in December.

Biden led the large potential Democratic field in two previous CNN national polls, as well as in a CNN/Des Moines Register/Mediacom poll of likely Iowa caucusgoers. This time around, the survey did not include a traditional horserace question, but instead asked voters how likely they would be to support each of nine potential Democratic candidates, plus the President and businessman Howard Schultz, who has said he is contemplating an independent bid for the presidency.

Less than 10% of Democrats or Democratic-leaning independents said they were very likely to back the other three candidates — New York Sen. Kirsten Gillibrand, former New York City Mayor Michael Bloomberg and Ohio Sen. Sherrod Brown. For Gillibrand and Brown, those lower support numbers appear related to awareness — 30% were unsure how likely they’d be to back Brown, 21% Gillibrand, the two largest “unsure” shares in the field. But for Bloomberg, lower support appears connected to opposition: A majority of Democrats said they would be unlikely to back him for president in 2020, including 30% who say that’s not at all likely.

Among all Americans, Trump generates the sharpest opposition (52% say they are not at all likely to support him), with Bloomberg (44%), Schultz (44%) and Sanders (42%) the only others to have been ruled out by more than 4 in 10 Americans.

Trump prompts a massive gender gap when Americans are asked how likely they are to support his run for a second term. Among women, 67% say they are unlikely to back him. Men split almost evenly on the question, with 50% at least somewhat likely to support him and 49% unlikely to do so.

The prospect of an independent run from Schultz merits tepid support in the poll. Just 20% of adults say they are at least somewhat likely to support him in 2020, while 66% say that’s unlikely — the worst numbers for any candidate tested. While that’s at least partly related to Schultz being a newcomer — 46% say they’ve never heard of him — his numbers are no better among those who do know of him (69% in that group say they are unlikely to support him).

Aside from Schultz’s recent flirtations with a bid, the period since CNN’s last polling check-in on the Democratic field saw the launch of exploratory committees or campaigns from seven Democrats seeking the party’s nod. Booker’s campaign launch on February 1 occurred after the poll was fielded.

The survey tested favorability ratings for the other six who have announced since December. Harris, whose CNN town hall took place two days before the survey went in to the field, saw an 11-point rise in her favorability rating among Democrats since December (from 38% favorable then to 49% now), while Warren’s numbers have held even over that time (51% favorable then, 52% now).

The CNN poll was conducted by SSRS January 30 through February 2 among a random national sample of 1,011 adults reached on landlines or cellphones by a live interviewer. Results for the full sample have a margin of sampling error of plus or minus 3.8 percentage points, for the subsample of 477 Democrats and Democratic-leaning independents, it is 5.6 points.