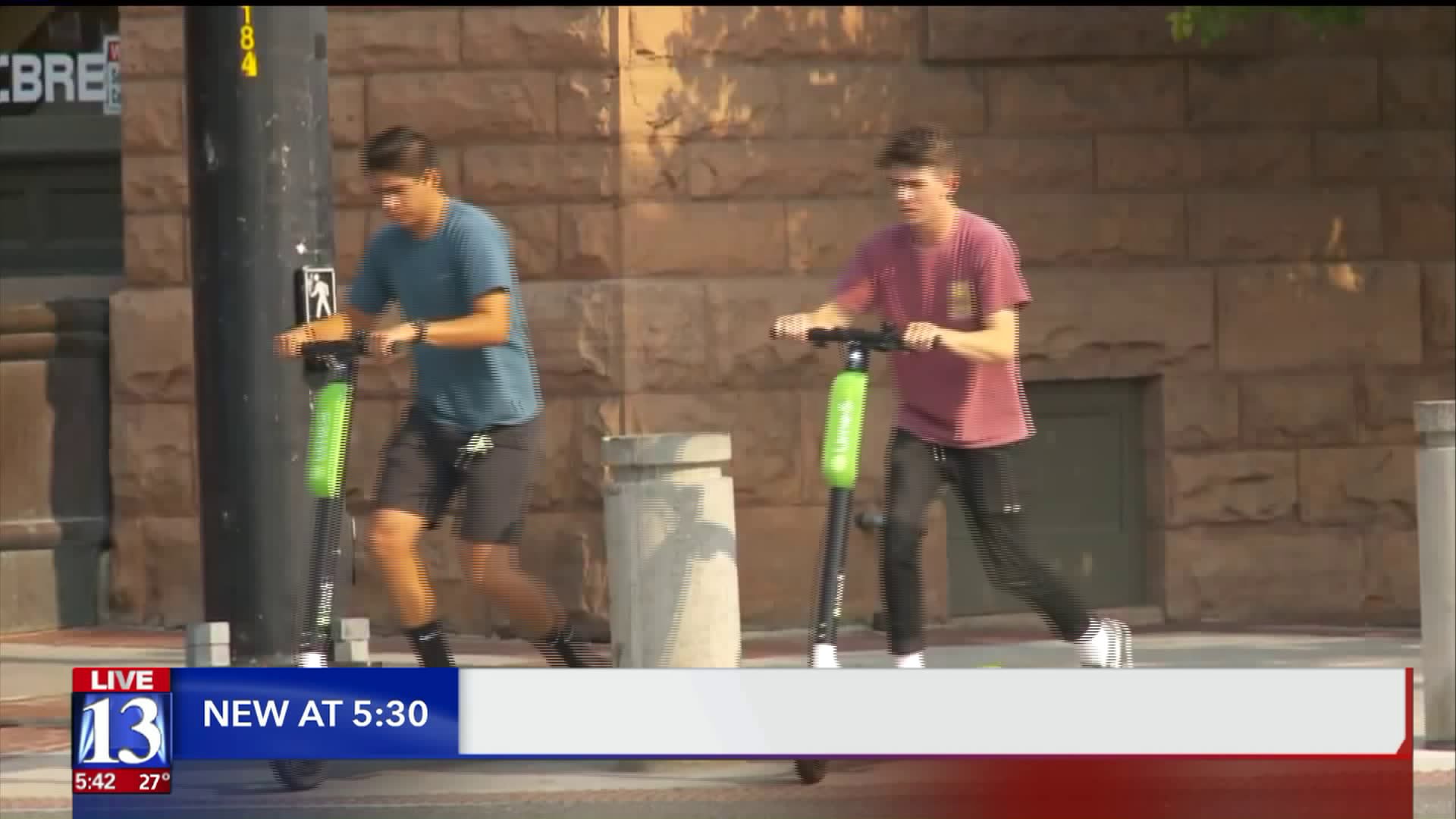 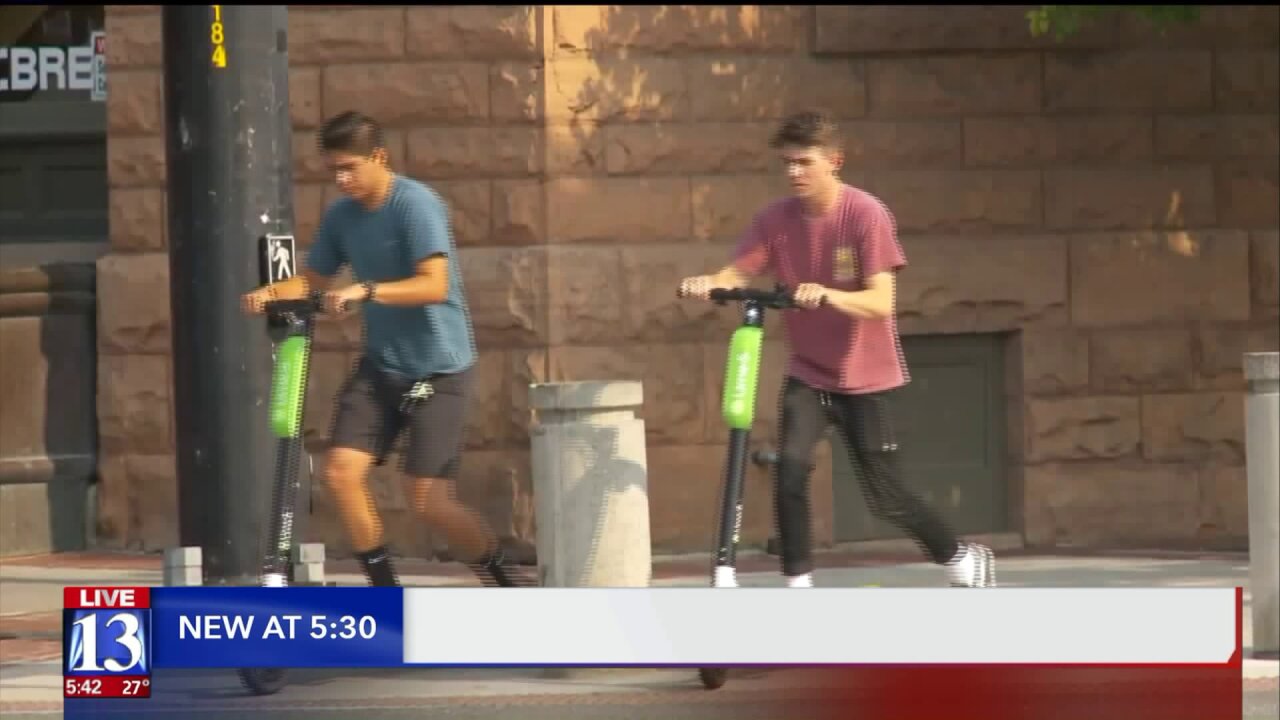 SALT LAKE CITY -- On Thursday, a bill sponsored by Sen. Kirk Cullimore, R-Sandy, passed the Senate Transportation Committee. The bill would help address and clarify state code for electric scooters that are scattered around cities in Utah.

Cullimore's SB-0139 bill now heads to the full Senate and it attempts to regulate the electric scooters like bicycles are, allowing riders to go where cyclists can, on busier roads.

The bill could also establish restrictions on drinking and carrying an open container of alcohol while riding a scooter. It would also try and prevent more than one person from riding a single scooter at the time.

Fox13 spoke to Det. Michael Ruff with Salt Lake Police Department to see how this effort fills loopholes and could help their efforts on the street.

"It gives us more guidance, it makes it very clear what you can and can’t do. That helps us but I think more than helping us I think it helps the people using these scooters," Ruff said.

Ruff said one of their concerns are scooter riders driving on sidewalks. He said police have dealt with other incidents before, but incidents on the sidewalks are a potential hazard.

"If we can clarify those rules up front and not even have to get to that point of where there’s a citation, that’s what matters for everyone," Ruff said.

Fox13 spoke to people who ride these e-scooters and those who would like to see more regulations put on the scooters. Watch the news story above to see what they have to say.