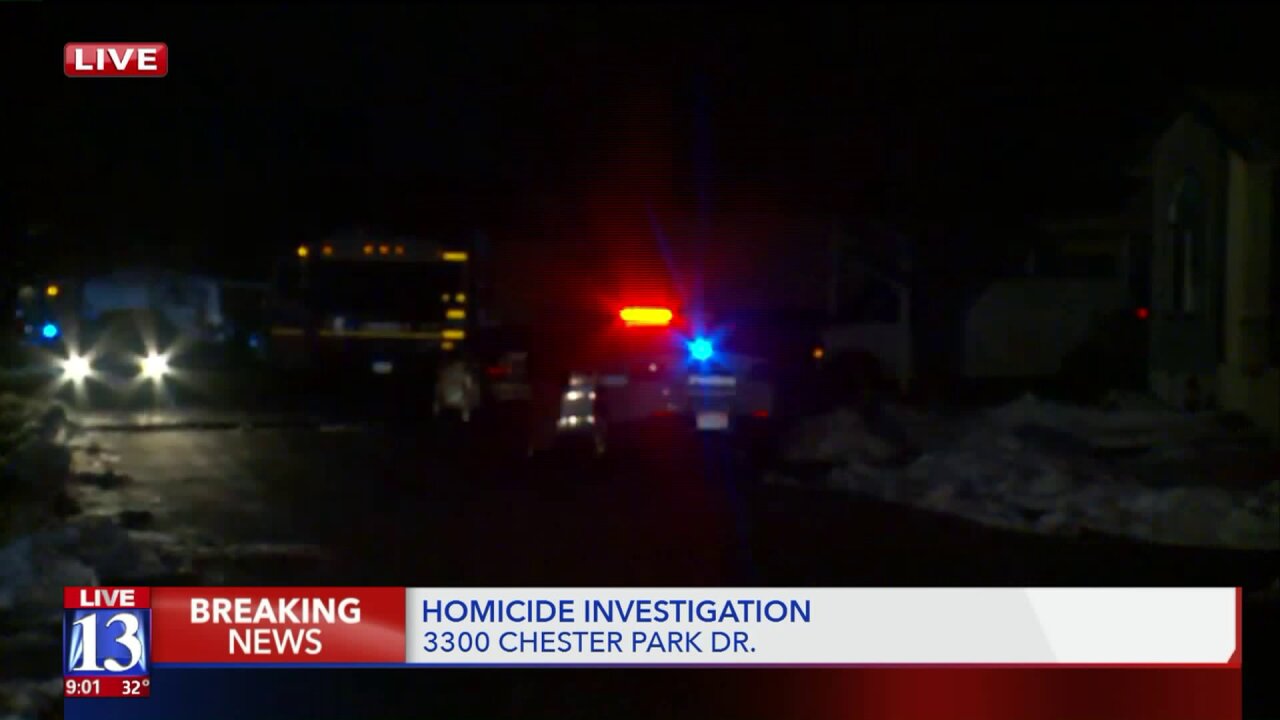 WEST VALLEY CITY, Utah -- West Valley City Police are actively investigating what they believe to be a homicide, after finding a woman's body in a trailer Saturday night.

Police received a 911 call to a trailer near 3300 Chester Park Drive around 6:30 p.m. Saturday. When they arrived they found a deceased woman inside of the trailer, according to West Valley City Police.

Homicide investigation underway after Police find a woman’s body inside of a trailer on Chester Park Dr. in WVC. Details on @fox13 pic.twitter.com/jeqX5Sz8ch

"At this point we have a homicide investigation on our hands, we have backed off of the scene and have executed a search warrant so we can get in there and start to gather evidence," said WVCPD public information officer, Roxeanne Vainuku.

Vainuku said police are in the very early stages of this investigation and have begun to question people in the area who may be witnesses to what happened, or may have heard or seen something.

Once a search warrant is granted police will begin to identify the victim.

According to police, they do not have a suspect in custody at this point and do not believe there is a danger to the public.

Investigators are on scene at what appears to be a homicide, approx 3300 Chester Park Dr. We were dispatched to a 911 call, officers arrived, found evidence indicating a homicide occurred. Working on search warrant. PIO on scene. Media stage at east end of Chester Park Dr. pic.twitter.com/2Tc2PYxOi3