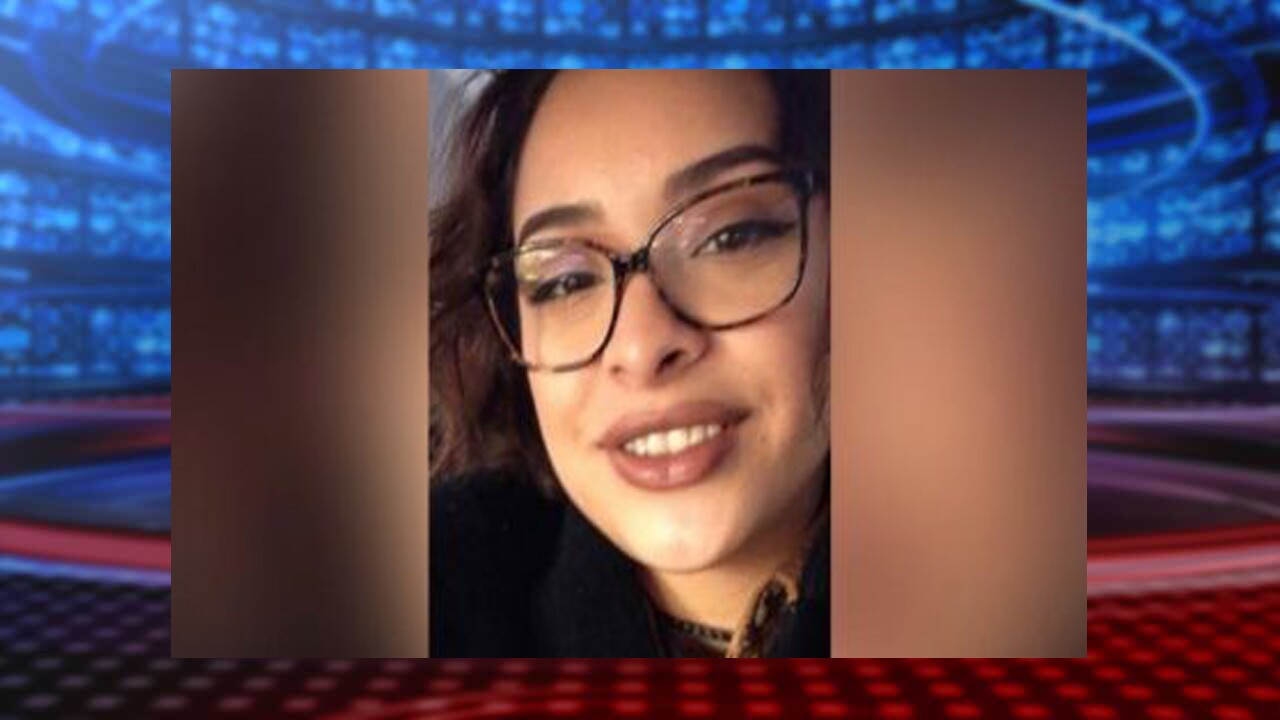 (CNN) –Days before her body was found inside a suitcase near a Connecticut road, Valerie Reyes called her mother terrified someone would kill her.”She was just really scared, very frightened,” her mother, Norma Sanchez, told CNN affiliate WABC.

The 24-year-old had been living in a basement apartment in New Rochelle, New York, for some time but had recently grown anxious and even felt paranoid of being alone there.

“I’m afraid someone is going to murder me,” Reyes told her mother.

Tuesday, a group of highway workers found Reyes’ body stuffed into a red suitcase in the affluent town of Greenwich, Connecticut — about 14 miles from her apartment.

At least three police departments have joined the investigation but no suspects have been named. Meanwhile, her family and friends are juggling grief and their quest for justice.

Missing for a week

Reyes went missing since the morning of January 29, police said. Neither her family nor the employees at the Barnes & Noble bookstore in Eastchester, where she had been working for nearly three years, had seen her for a few days.

Several flyers with photos of Reyes and her description began appearing in New York City while relatives began making pleas on social media for information about her whereabouts.

“We had hope that she would come back,” one of her cousins, Angelica Reyes, told WABC. “That’s all we knew. That she was in the city, so we thought she was looking for help.”

Last week, the New York Police Department’s Midtown North tweeted a photo of Reyes asking whether anyone had seen her.

“She was last seen wearing a green coat, black jeans, and black shoes. Suffers from anxiety and depression,” police wrote.

A red suitcase hid her body

A week after Reyes vanished, a group of highway workers who were on a routine sweep spotted a red suitcase in a wooded area in Greenwich.

The bag was about 15 to 20 feet off the shoulder of a road in a quiet neighborhood. When they opened the bag, they found a woman with her hands and feet bound, authorities said.

Greenwich, with a population of around 63,000, is on the Long Island Sound about 35 miles outside New York City. The affluent town is home to hedge fund and financial firms.

The body was identified as that of Reyes on Wednesday.

The Connecticut chief medical examiner’s office, which assisted in identifying Reyes, had not released the cause and manner of death as of Saturday. It could take up to eight weeks before the report will be available, the office said.

One of the workers, who is not being identified, was placed on paid leave for taking photos of Reyes’ body and the crime scene.

“The victim was a daughter, a sister and a cousin of a family who is suffering a tremendous loss at this time,” First Selectman Peter J. Tesei said in a statement. “This thoughtless and insensitive behavior by an employee is inexcusable.”

Authorities urge anyone with information to call an anonymous hotline at 203-622-3333.

‘Sooner or later he will get caught,’ mom says

As the sun set Thursday, a crowd of relatives and friends stood around a circle of candles with images of Jesus and the Virgin Mary on them.

They sang hymns in Spanish and prayed the rosary at Glen Island Park in New Rochelle. Some held candles and flowers, others embraced each other and sobbed quietly.

“My daughter did not deserve whatever you did to her. My daughter was pure,” Sanchez said at the vigil, addressing whoever is responsible for her daughter’s death.

“Sooner or later he will get caught, I know it.”