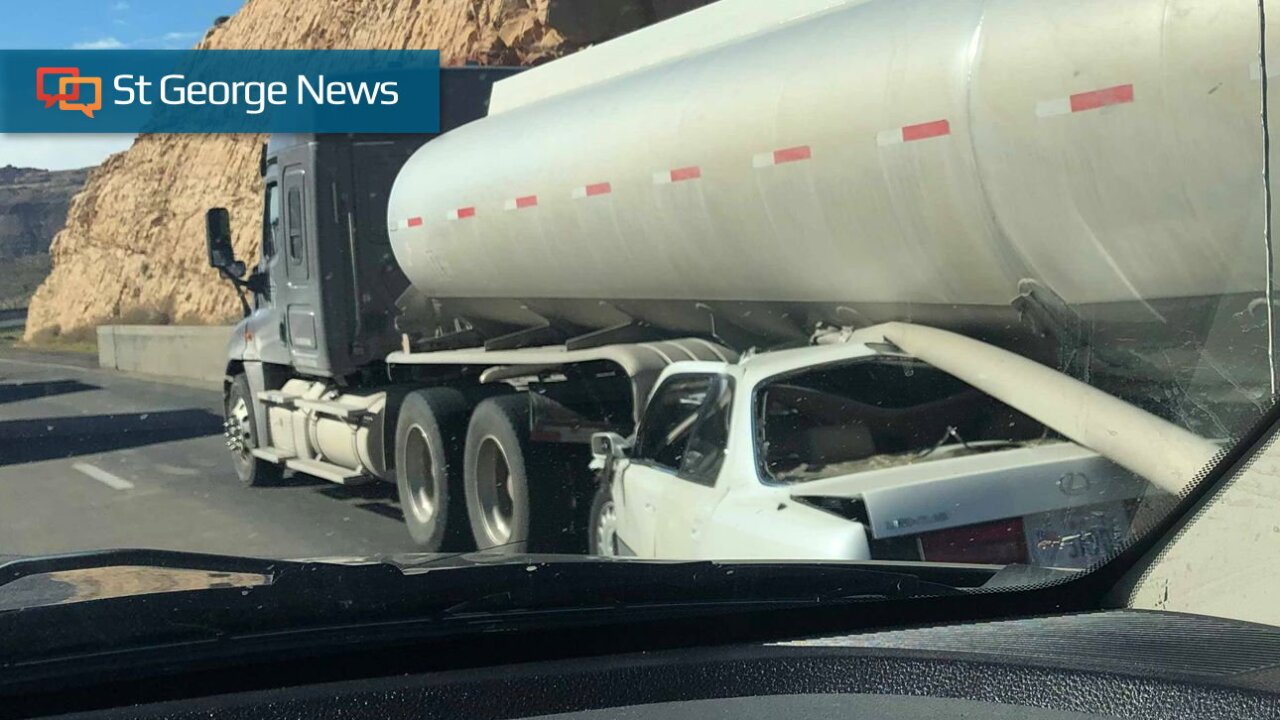 A man reportedly speeding on I-15 through the Virgin River Gorge lost control his car and became wedged under a tanker-trailer filled with gasoline, Mohave County, Arizona, Feb. 8, 2019 | Photo courtesy of Jamie Albrecht, St. George News

ST. GEORGE — While attempting to pass a semitractor hauling gasoline through the Virgin River Gorge Friday afternoon, a man driving a Lexus lost control his vehicle and crashed into and under one of the gasoline tankers. The St. George News reports.

The incident occurred around 2 p.m. and resulted in southbound Interstate 15 through Arizona being partially and then completely shut down at milepost 22 until around 5:15 p.m., according to traffic alerts from the Arizona Department of Transportation.

Responding to the scene were troopers with the Arizona Department of Public Safety and a fire crew from the Beaver Dam-Littlefield Fire District.

Fire Chief Jeff Hunt said the semitractor had been hauling thousands of pounds of gasoline in its two tanker-trailers. The Lexus slammed into the first one and partly slid underneath it, crashing into the back of the semitractor as well.