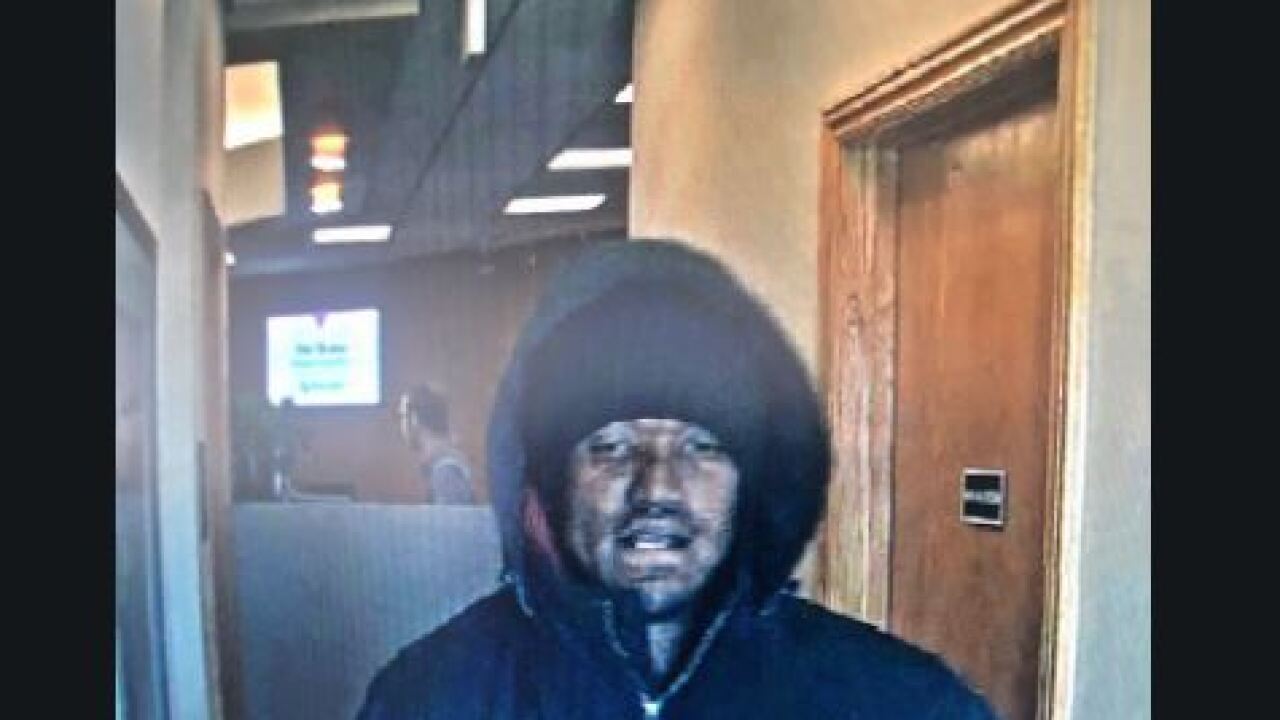 WEST JORDAN, Utah — Police in West Jordan are looking for a suspect in a bank robbery that occurred Friday afternoon.

Dispatch officials confirmed with Fox 13 that the robbery occurred at a Mountain America Credit Union near 6700 South Redwood Road.

Police released a photo of the suspect, in hopes that someone would recognize him:

Bank robbery suspect from this afternoon is pictured below. Please contact dispatch with any information at 801-840-4000 pic.twitter.com/Heb4SzWQLX