Death of girl, 10, shines spotlight on child abuse in Japan 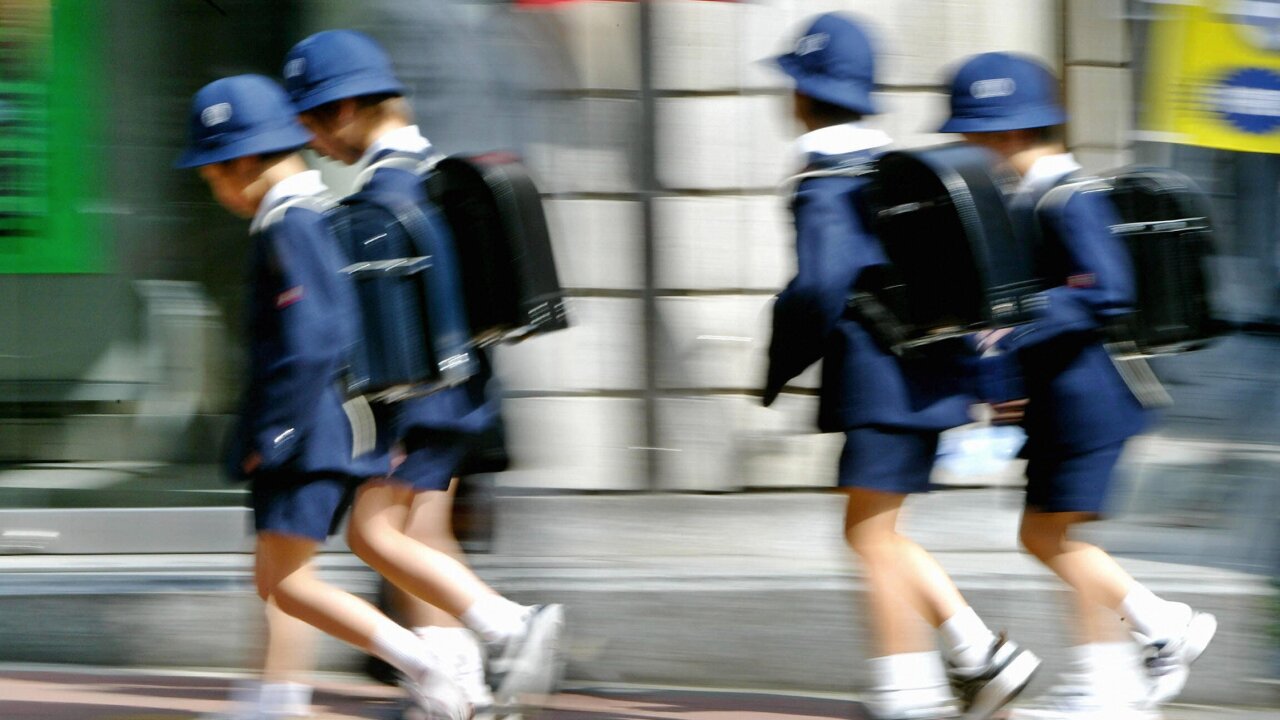 Tokyo schoolchildren make their way home from class in this 2004 file photo. The death of a 10-year-old girl, allegedly at the hands of her abusive father after authorities failed to respond to pleas for help, has prompted soul searching in Japan as the country comes to terms with a record number of child abuse cases.

(CNN) — The death of a 10-year-old girl, allegedly at the hands of her abusive father after authorities failed to respond to pleas for help, has prompted soul searching in Japan as the country comes to terms with a record number of child abuse cases.

Mia Kurihara was found dead at her home in Noda, near the capital Tokyo, on January 24.

She had previously made allegations of violence in a confidential school questionnaire, writing a note to her teacher that her father, Yuichiro Kurihara, was abusive and pleading with her school to help her.

“I’ve been receiving physical violence from my father,” the note read.

“He wakes me up in the middle of the night. When I’m awake, he hits and kicks me. Teacher, can you do anything for me?”

She was placed in protective custody and then lived with a relative. But officials decided to send her home when her father produced a letter, purportedly from Mia, which exonerated him.

According to Hitoshi Nihei, the head of Kashiwa Child Welfare Center, who read the letter at a press conference on February 5, it read: “It was a lie that I was hit by my father. Please do not come to see me, I don’t want to see the staff from Child Welfare Center.”

Nihei said that even then, authorities believed Kurihara may have forced his daughter to write the letter. “We were aware it was highly possible that her father insisted she write it.”

Mia was returned to her family in March 2018 but no child welfare or education officials made a home visit to check on her, Nihei said. Less than a year later, she was found dead.

A Chiba prefectural police spokesman said Kurihara, now 41, was arrested on January 25 on suspicion of inflicting the injuries that led to his daughter’s death.

When she failed to show up at school after the winter break, her father allegedly told school officials that she was staying with relatives in the southern island prefecture of Okinawa, where the family originally came from. Her body was discovered in the family home on January 24.

Her mother Nagisa was also arrested earlier this week, accused of conspiring to inflict injuries. The couple, who also have a 1-year-old daughter, are still under investigation.

According to local media reports, Yuichiro has denied that he abused his daughter, telling police he used strict parenting methods but didn’t do anything wrong. Local media reports that Nagisa, the mother, has told police that she was also abused by her husband and covered up his abuse of Mia out of fear for her own safety.

Both parents remain in police custody, and CNN has been unable to contact them or determine if they have a lawyer yet.

The deputy headteacher of the Noda City Education Board, Masahiko Yabe, said he had been intimidated by Mia’s father, who demanded a copy of the note the schoolgirl gave to her teacher.

“I felt compelled to give him a copy, as if mentally forced into a corner,” he said during a formal apology.

“We could have protected the girl’s life but failed to do so and committed a fatal mistake because of my decision. I am deeply sorry.”

Nihei echoed his regrets. “Our role is to protect children’s lives,” he said at the same press conference. “We are truly sorry.”

In conservative Japan family matters are often considered private and inviolable. Outraged social media users have expressed disgust at a culture that they say values privacy over preventing abuse.

“What happened to Mia Kurihara is not someone else’s problem. I many times thought I would be killed. I thought of killing myself too,” one user wrote.

“Where can we find saviors who won’t give in the poisonous parents and intervene to the closed society called ‘family?’ Who can protect the children who have to come back home scared every day?”

Another user tweeted: “Mia’s death is delivering a terrifying message to the children (who have) difficulties — that adults break promises easily when children admit bullying and abuse to their school. The (numbers of) kids with nowhere to go only increases.”

Child abuse cases on the rise

While overall crime in Japan is at an all-time low, police in 2018 reported the suspected abuse of a record 80,104 minors to child welfare authorities — an increase of 22.4% from the previous year, and the highest number since comparable data became available in 2004, in part due to growing awareness of the issue.

On Friday, Prime Minister Shinzo Abe held a meeting of ministers involved in child abuse issues, and expressed regret that local authorities had not acted on Mia’s pleas.

“My regret (is) that the school, Board of Education and Child Welfare Center, who are supposed to protect children, failed to respond to the SOS calls that Mia had courageously sent,” he said.

“I want to call for efforts to eradicate child abuse to protect children’s lives as a top priority.”

Broadcaster NHK said Abe instructed ministers to ensure that new rules for handling information on cases of child abuse are followed. These ban the disclosure of information, including the identity of the party who reported the abuse.

He also called for better cooperation between schools and child welfare centers.