Body of missing snowmobiler recovered after avalanche on Circleville Mountain 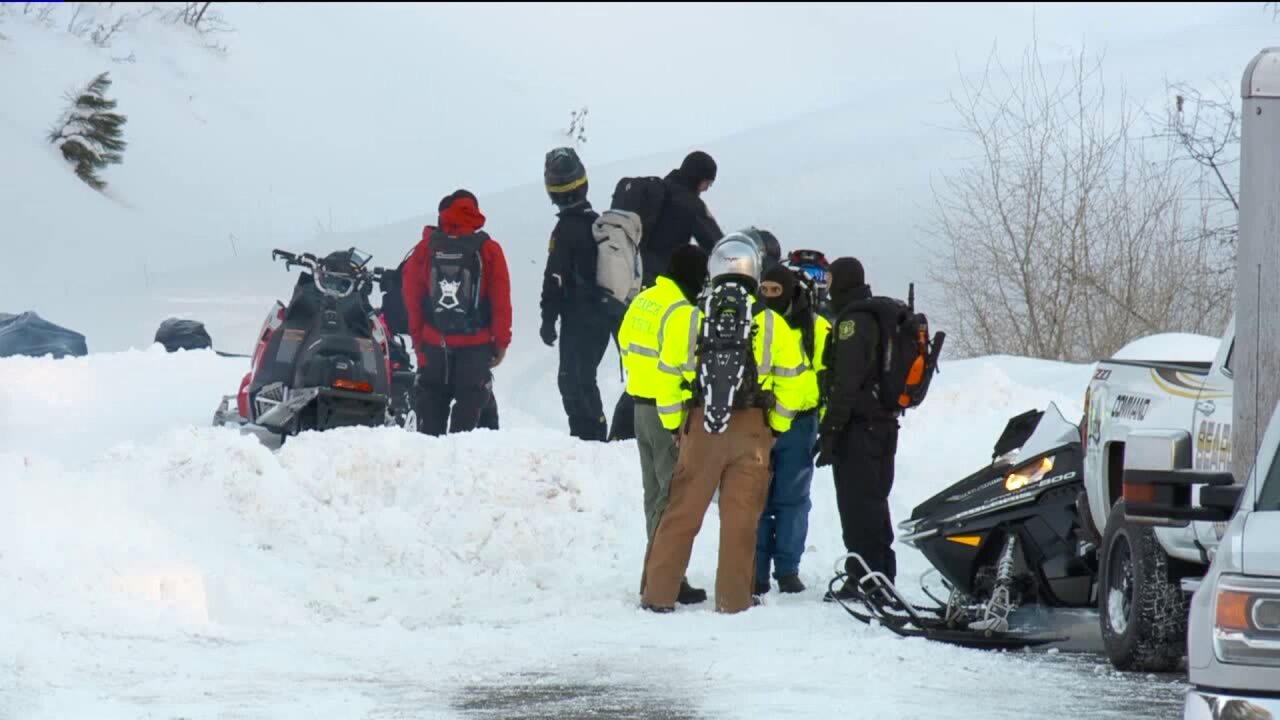 BEAVER COUNTY, Utah — Search and rescue crews have recovered the body of a snowmobiler who disappeared in an avalanche near  Circleville Peak Thursday.

The Beaver County Sheriff's Office has identified the snowmobiler as 41-year-old Bradley Stapley, from Washington, Utah.

Search and rescue teams from Beaver and Piute Counties responded to the mountain after they received a report of the avalanche around 5 p.m. Thursday. Treacherous and dark conditions forced them to suspend the search until Friday morning.

Craig Wright, Commander for the Beaver County Search and Rescue team, said three snowmobilers were riding in the area of Circleville Mountain, when two of them triggered the avalanche from below.

"It's a massive avalanche," said Mark Staples, Director for the Forest Service Utah Avalanche Center. "It's maybe 900 feet wide, and anywhere from three to four, to ten feet deep."

The two snowmobilers, including Stapley, were swept away in the slide. One of the snowmobilers was buried up to his hands, Staples said, but was able to dig himself out.

The two snowmobilers couldn't find Stapley or his sled.

An avalanche mitigation team from Park City Mountain Resort deployed an explosive in the area, to stabilize the snow for search crews. After that, Wright said a DPS helicopter began bringing in the teams.

"DPS arrived, dropped the first dog in, and within a matter of nine to eleven minutes we had confirmation," Wright said.

Wright said they've responded to avalanches in the area before, but this is the first time he said that the person didn't survive.

"This is the biggest slide I’ve ever seen in Beaver County," he said.

He explained that Stapley had been staying at a family cabin nearby, and knew the mountain well.

Even with that familiarity, the Utah Avalanche Center said two feet of fresh snow had fallen the day before on top of a weak layer, creating dangerous avalanche conditions.

"The weak layer is like a layer of dominoes underneath," Staples said. "You tip the first one and they all collapse, and the snow comes crashing down."

Staples and Wright stressed the importance of carrying safety equipment in the back country including an avalanche beacon, shovel and probe.

A GoFundMe has been set up for Stapley's family. It can be found here.