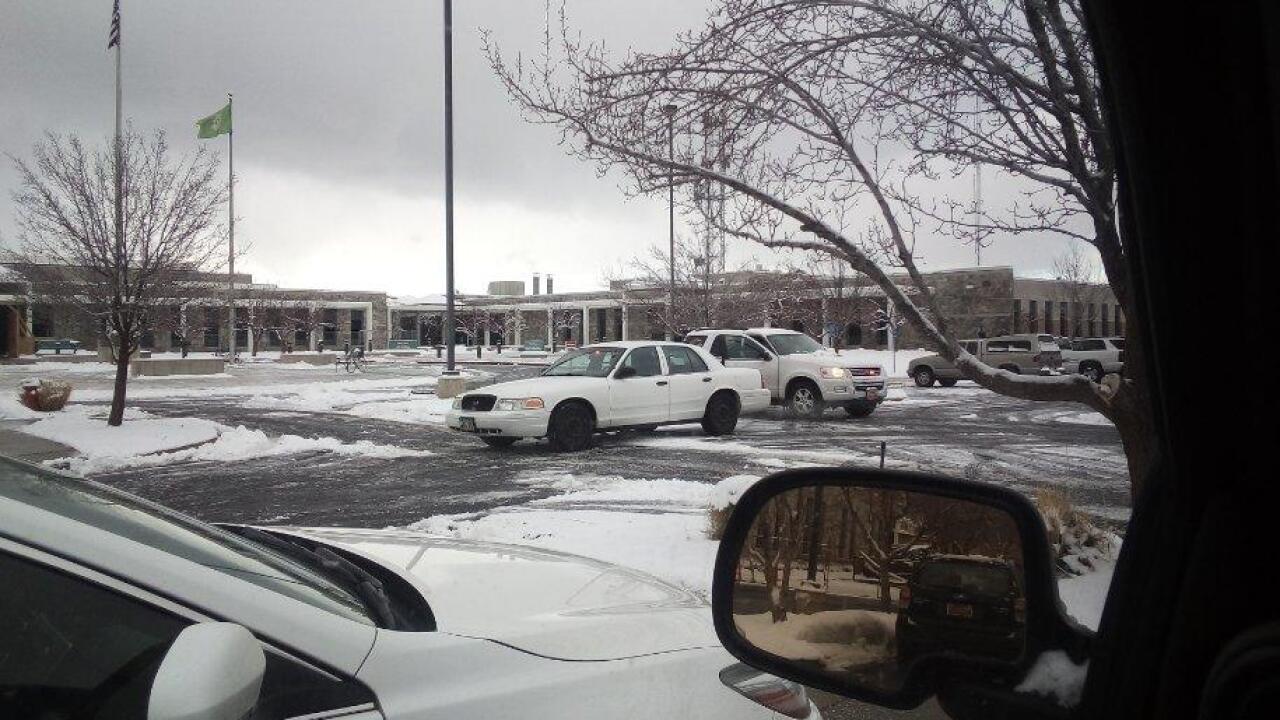 An evacuation at a courthouse in Farmington. Photo courtesy Pedro Romo.

UPDATE: Utah State Courts stated as of 9:45 a.m. that the all-clear has been given and that operations at the court were resuming.

FARMINGTON, Utah — A courthouse in Farmington has been evacuated due to a nearby gas leak Thursday morning.

Utah State Courts tweeted about the evacuation at the 2nd District Courthouse, 800 West State Street in Farmington, around 8:20 a.m.

Shortly after 9 a.m. they stated the repair to the gas line is estimated to take one hour. The building will remain evacuated as a safety precaution in the meantime.