Snow plows struggle to catch up with winter storm 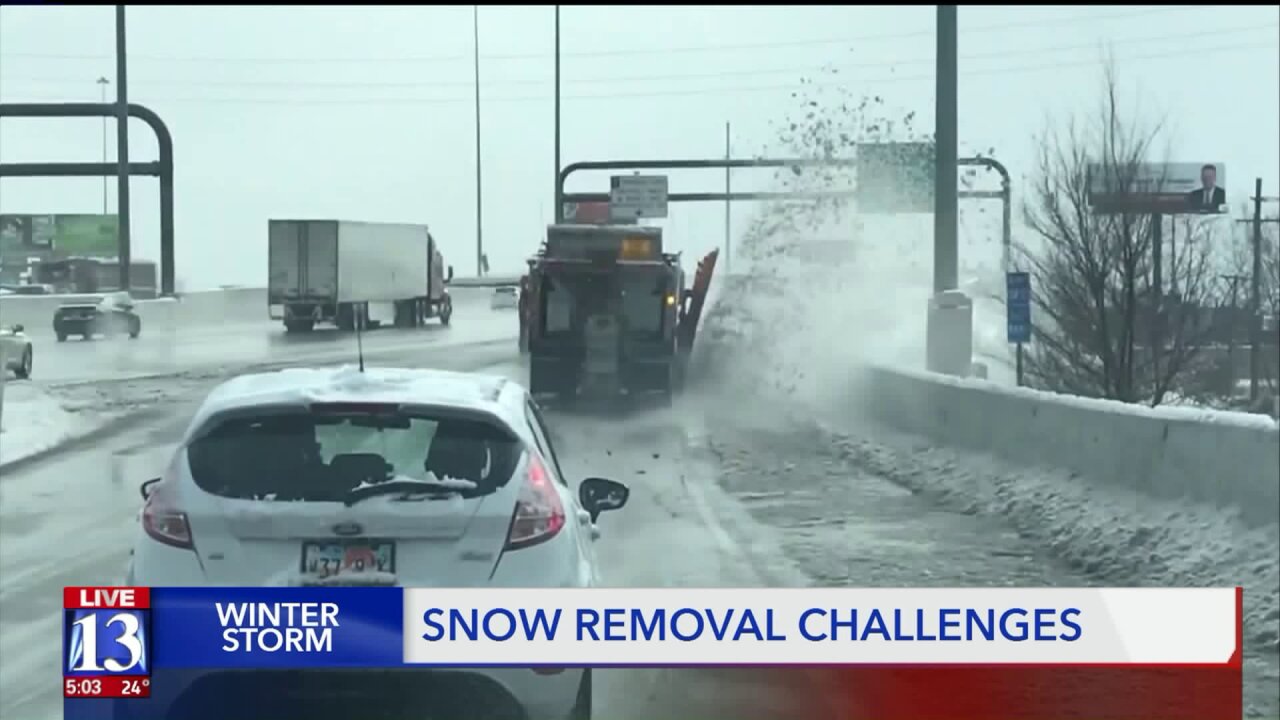 “You look at the amount of snow that came in and just how cold it was, it accumulated a lot faster. The blowing gusts of wind pushed the drifts of snow across the roads,” John Gleason, spokesperson for UDOT said. “15 minutes later you couldn’t even see that they had been there.”

The storm shut down nearly every school district, Big and Little Cottonwood Canyons, preventing hundreds of employees from commuting to work. A reality which was frustrating for many but it turned out to be a huge benefit for road crews when it came to attacking the slush and ice head-on.

“That allowed our plows to get on top of this and clear the roads,” Gleason said.

There are over 100 men and women inside plows right now scraping the roads, some running on 10-12 hours of work so far and Gleason urges people to please be mindful on the roads, give the drivers space and allow them to clear the roads so your life can be easier.

“It’s going to freeze up again, it’s going to get cold and we’re gonna see the possibility of lake effect snow that could create some very tricky traveling conditions,” Gleason said.