Montana search and rescue crews save Utah father and son 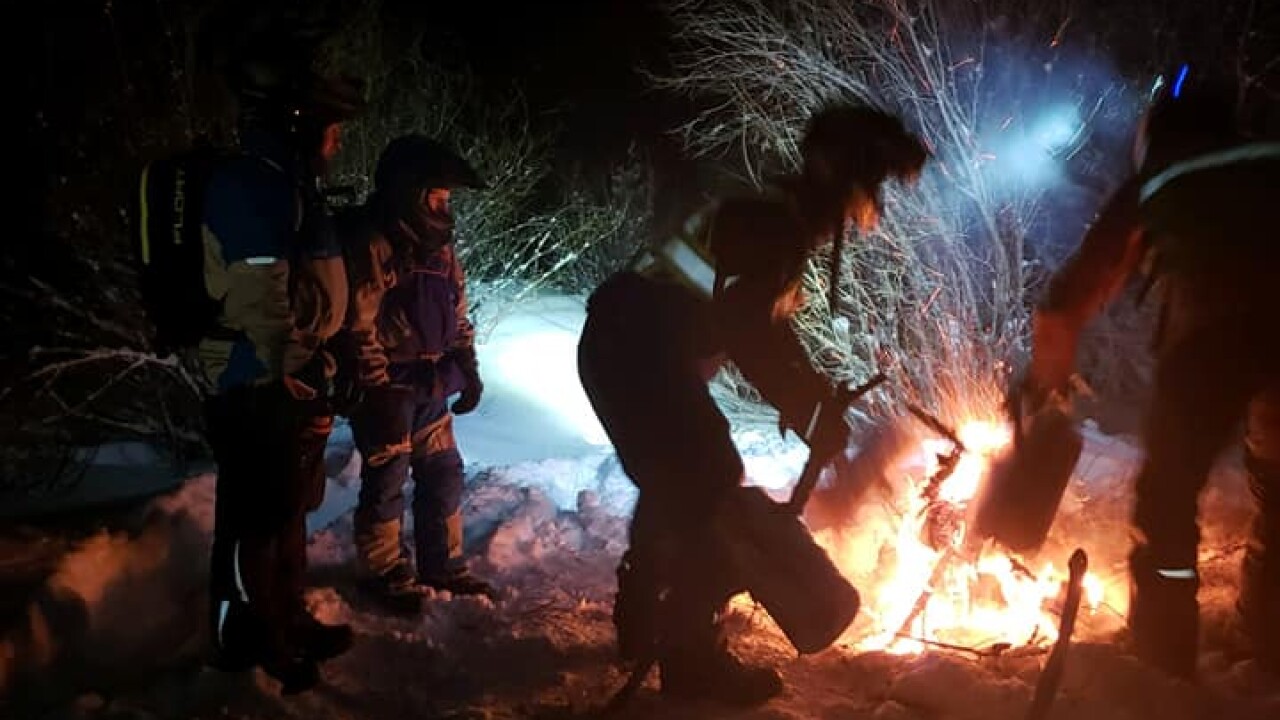 SALT LAKE CITY — A Utah man and his 12-year-old son were found alive after they became lost while hiking in sub-zero temperatures in the Montana wilderness Tuesday.

On Tuesday evening, a deputy with the Gallatin County Sheriff's Office received a call from the man's wife, who reported that her husband and son were overdue from their hike in the Spanish Peaks area.

A deputy plowed his way through snowdrifts and located an abandoned vehicle used by the missing man and his son about five miles from Hwy. 191.

"I don’t care if you are a search and rescue volunteer or a deputy sheriff law enforcement person.  You do this for one reason and that was yesterday, that was to help people and to save lives," Sheriff Brian Gootkin with the Gallatin County Sheriff's Department said.

Search and rescue crews on snowmobiles and skis responded quickly, knowing that the cold temperatures made it critical to locate the pair as soon as possible.

"At 10:00 the first search teams located the boy between the main road and the Spanish Creek Cabin. He was hypothermic and confused. Rescuers took him back to the highway where an ambulance was waiting while others continued the search for the father," a Facebook post from the Sheriff's Office said.

A deputy who interviewed the boy used landmarks and estimated times to narrow the search to an area where the man would likely be found.

"The boy described being able to walk on top of the snow while his father was sinking past his knees. As the boy got further ahead of his dad he eventually lost contact and became disoriented but headed in the general direction of their car," the post said.

Gootkin said the 12-year-old was laying down and sleeping when he was found.

"If we had not been out there for a while, he would have definitely been dead," Gootkin said.

Rescuers found the man at 12:15 a.m. Wednesday near the Pioneer Falls Trail, a few miles from the Spanish Creek Cabin.

"He was conscious but hypothermic. They transported him using a rescue toboggan to the cabin, then by snowmobile rescue sled to an ambulance. Father and son were both flown to University of Utah Burn Center for frost bite injuries," the post said.

The father and son are expected to recover.

"This is one of those really really good stories and one of those things about why we do what we do," Gootkin said.