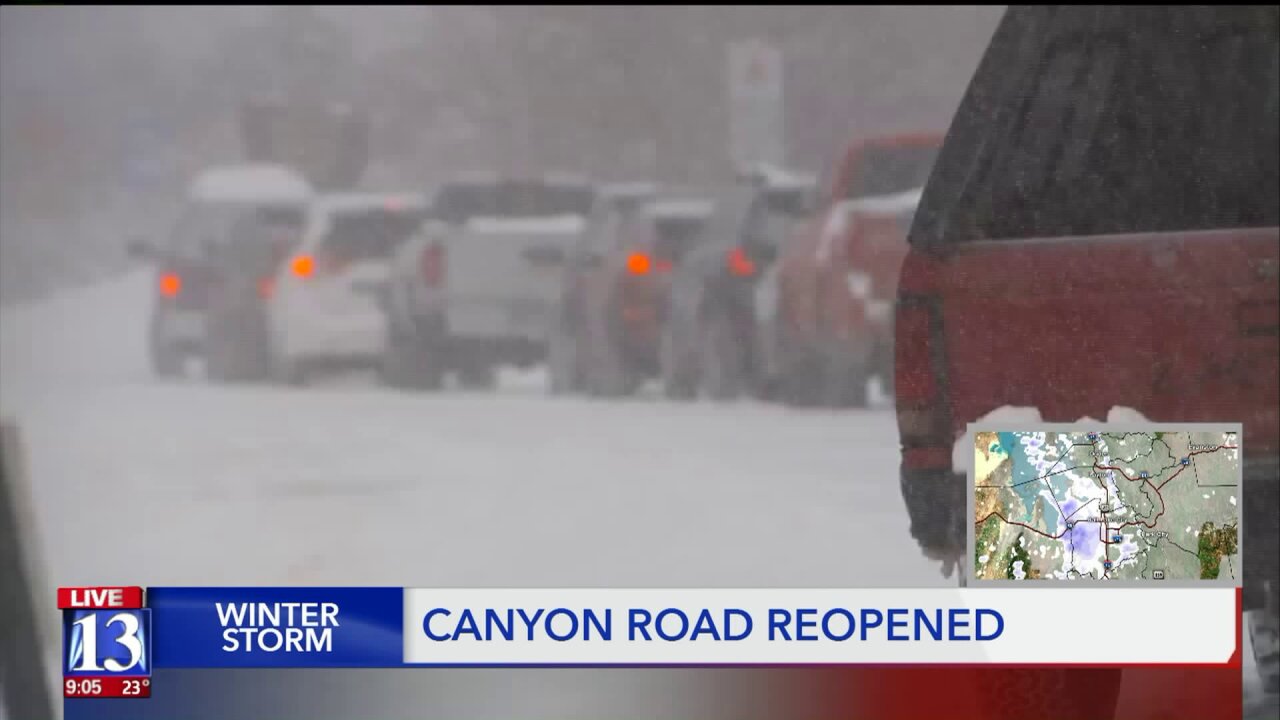 Little Cottonwood Canyon closed for much of Wednesday, leaving drivers to wait out the closure —or turn around.

While many people turned around at the closure, some had no choice but to stick it out.

"I was here at roughly 7 o'clock," said Sam Garfield, a Unified Fire Authority firefighter who works at the station up the canyon.

When he pulled up, he said they told him, "that the canyon was closed. They didn't know when it was going to be open."

He was supposed to come on shift but instead spent around eight and a half hours in the park-n-ride parking lot, waiting.

Meanwhile, the crew he was supposed to relieve was stranded up at the station, unable to go home.

Megan Barrett made it up the canyon before it closed for avalanche control in the morning, and spent her day that the top, skiing.

"Coming up was really scary because a lot of cars didn't have four-wheel drive, and were trying to make it up," Barrett said. "I saw, I think, three or four cars slide off into the banks."

Once the canyon opened for travel home, she said cars were buried under mounds of snow near Alta and Snowbird. In a video she took, the only things visible on some of those cars were the windshield wipers, sticking in the air.

She made it down, with a great ski day to brag about.

"Some amazing runs," she said. "The snow was up to my head!"