Utah man hears burglar in home, fights him off with BBQ fork 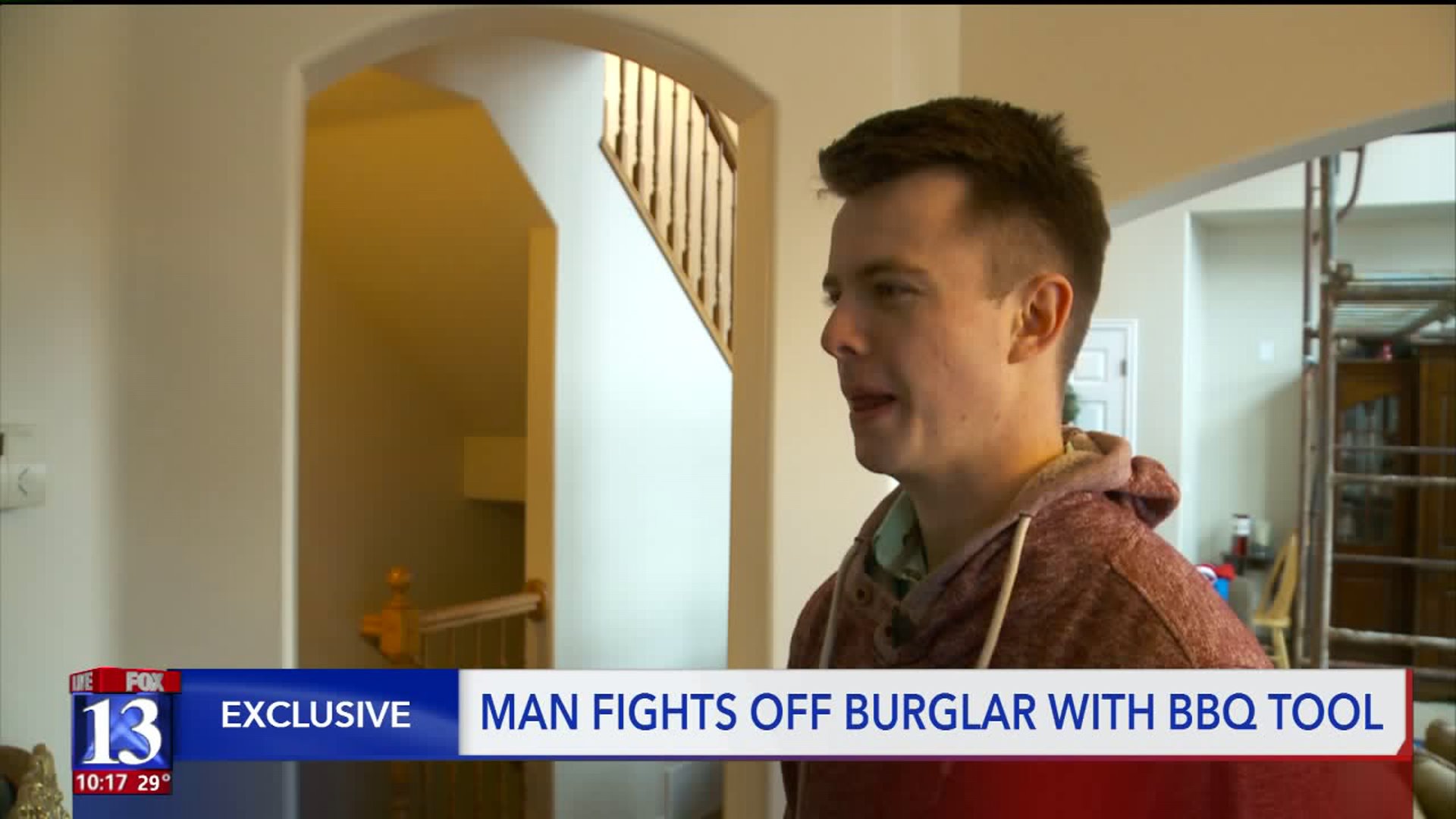 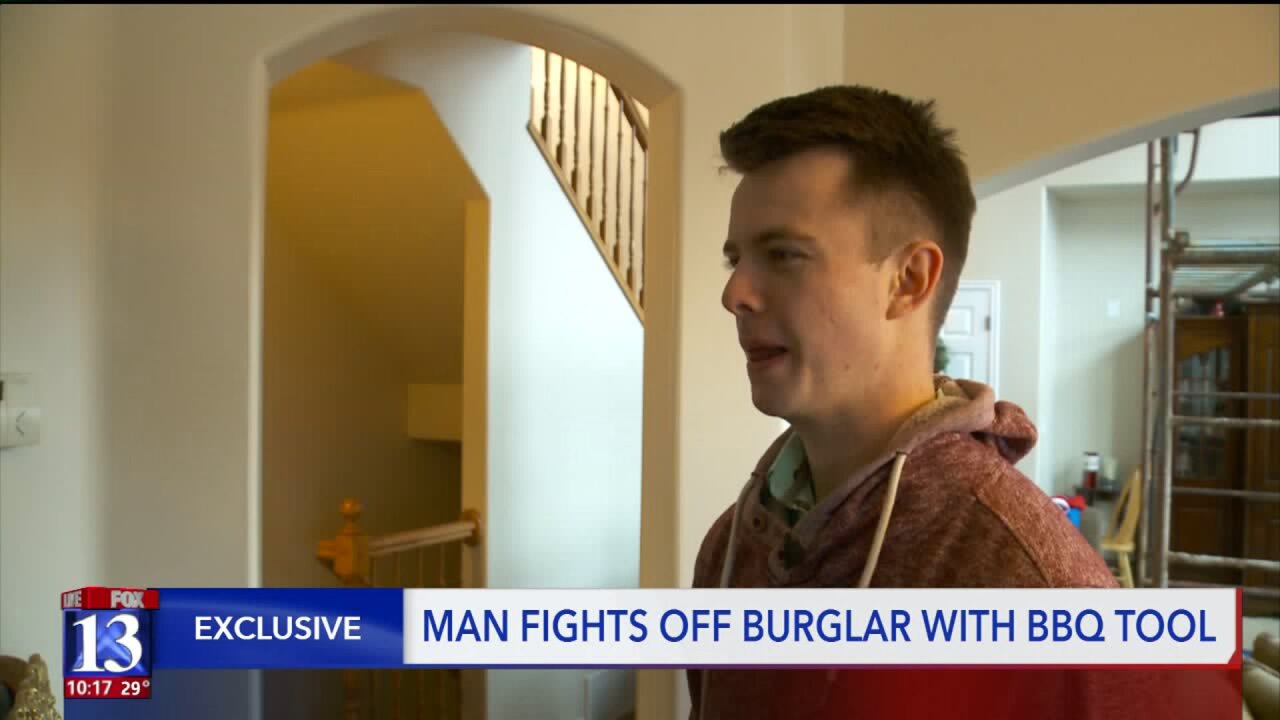 PROVO, Utah -- A Provo man is sharing how he was able to fight off a burglar with a nothing but a barbecue tool.

Landon Ledingham was watching his parents house while his family was on vacation when he caught the would-be thief in the act and chased after him.

“I was just really angry [that] he would have the audacity to break into our house and steal our stuff, and I just wanted to stop him,” Ledingham said.

It was just after midnight Tuesday and Landon thought he was the only one in the house. Until he heard footsteps upstairs.

“In that moment, I thought, 'ok, I think someone is in the house,'” Ledingham said.

So Landon grabbed the first thing he saw, a long carving fork.

“I came up the stairs right here, and I checked this way cause I thought I heard footsteps over here but I didn't see anything but right as I turned that’s when I saw the figure go,” Landon said.

The burglar ran to the back door.

“He chose flight and I chose fight,” Ledingham said. “I saw him run down the steps, so I pursued him down the steps. We both slipped in the mud a little bit here, and then his shoes flew off and I took off after him this way.”

Landon was quickly closing in, but the burglar jumped over a fence, breaking it in the process. Landon followed, but the next fence the man didn't even try to jump.

“When he hit the fence over there and smashed through it I was like, 'holy cow,'” Ledingham said.

On the other side of the fence, Landon tackled the man to the ground, but while they were wrestling, the burglar got ahold of the BBQ tool.

“I had got flipped and he started pushing it [the tool] into my chest,” Ledingham said. “When I started feeling it go into my chest, I kicked him off, and that’s when he started running into the woods over there."

That’s the last Landon saw of the man. Police are now investigating. They say the suspect is described as a black man, five-foot-nine and about 140 pounds. If you have any information on this case call Provo Police Department.