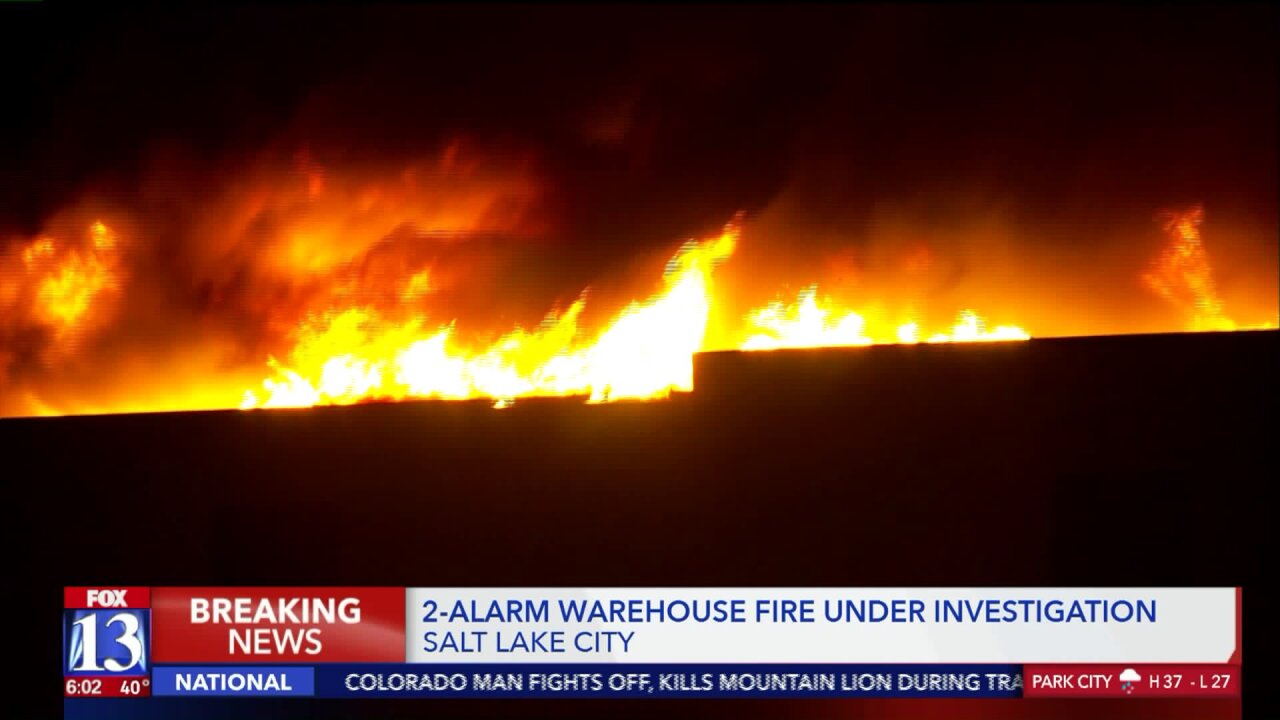 Firefighters arrived to find flames burning along about 40 feet of roof top, and that heat caused the sprinklers inside the building to turn on.

Capt. Darren Baum, Salt Lake City Fire, said they responded quickly but had to take their time to make sure the fire was fully contained.

"We were able to get water onto that fire very fast," Baum said. "Took us a while to call it under control given the size of the structure and compartments inside."

The building in question is still under construction.

Strong winds in the area complicated efforts to put out the fire.

The extent of the damage was not immediately clear, and the cause is under investigation.