Police report: Jussie Smollett did not want to report alleged attack at first 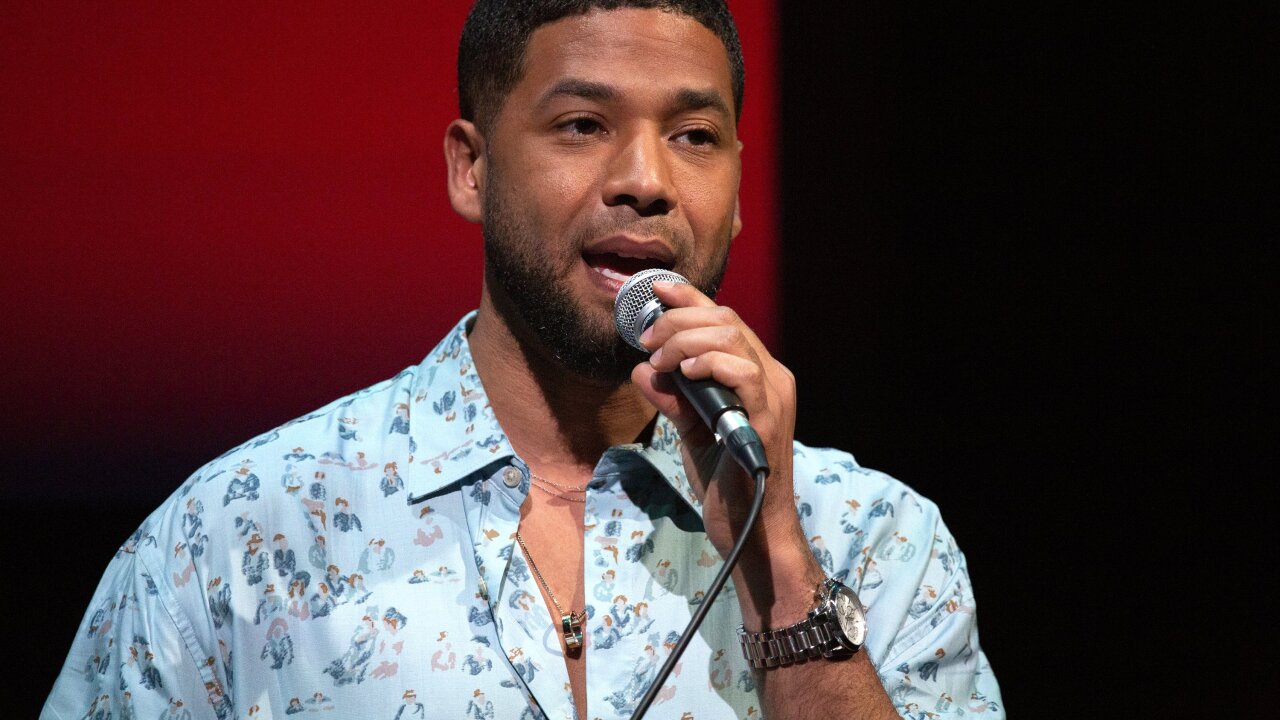 Actor Jussie Smollett was initially hesitant to report an attack he allegedly suffered last week, according to a Chicago police report released Monday.

Chicago police are investigating the incident as a possible hate crime, after Smollett told authorities he was attacked early January 29 by two men who were “yelling out racial and homophobic slurs.” Smollett said one attacker put a rope around his neck and poured an unknown chemical substance on him.

The 36-year-old “Empire” actor and musician identifies as gay and plays a gay character on the series.

A 60-year-old man, who reported the incident, told police Smollett “did not want to report (the) offense, however he believed it to be in his best interest to,” the report said.

Smollett told police that “as he was walking to his residence, two unknown males approached him and gained his attention by saying verbatim ‘Empire fa***t n***er.'”

“The primary aggressor was wearing a black mask concealing any facial features, and both offenders were dressed in black,” the report said.

Smollett did not recall any other distinguishing features or the direction the attackers fled in, the report said.

He suffered minor injuries and bruising, the report said. Smollett was sober at the time, according to the report.

Smollett told police he had received “hate mail at his place of work” on January 22, several days before the alleged attack, according to the report.

Chicago police spokesman Anthony Guglielmi told CNN last week that the letter Smollett received on January 22 at Cinespace Studios, where the show is filmed, prompted a response from the HAZMAT unit.

Authorities determined that a white powder accompanying the letter was aspirin, Guglielmi said last week, declining to provide details on the letter’s contents.

The police report did not offer additional details on the letter.

The FBI, which is leading the investigation into the letter, declined to comment Monday through FBI Chicago spokesman Special Agent John W. Althen.

A spokesperson for 20th Century Fox Entertainment, which produces the series, had declined to comment last week when reached by CNN.

Smollett’s family released a statement last week supporting the actor and condemning the attack, calling it a “racial and homophobic hate crime.”

In his first show since the reported attack, Smollett tearfully told fans on Saturday he wasn’t fully healed but was doing okay.

“I had to be here tonight, y’all, I couldn’t let those (expletives) … win,” he said at West Hollywood’s Troubadour club, referring to his attackers. “Above all I fought … (expletive) back.”

Chicago police released photos last week of people they would like to talk to for their investigation, but no one has been arrested in the alleged attack.

Police are following up on leads and still reviewing footage, according to Guglielmi.