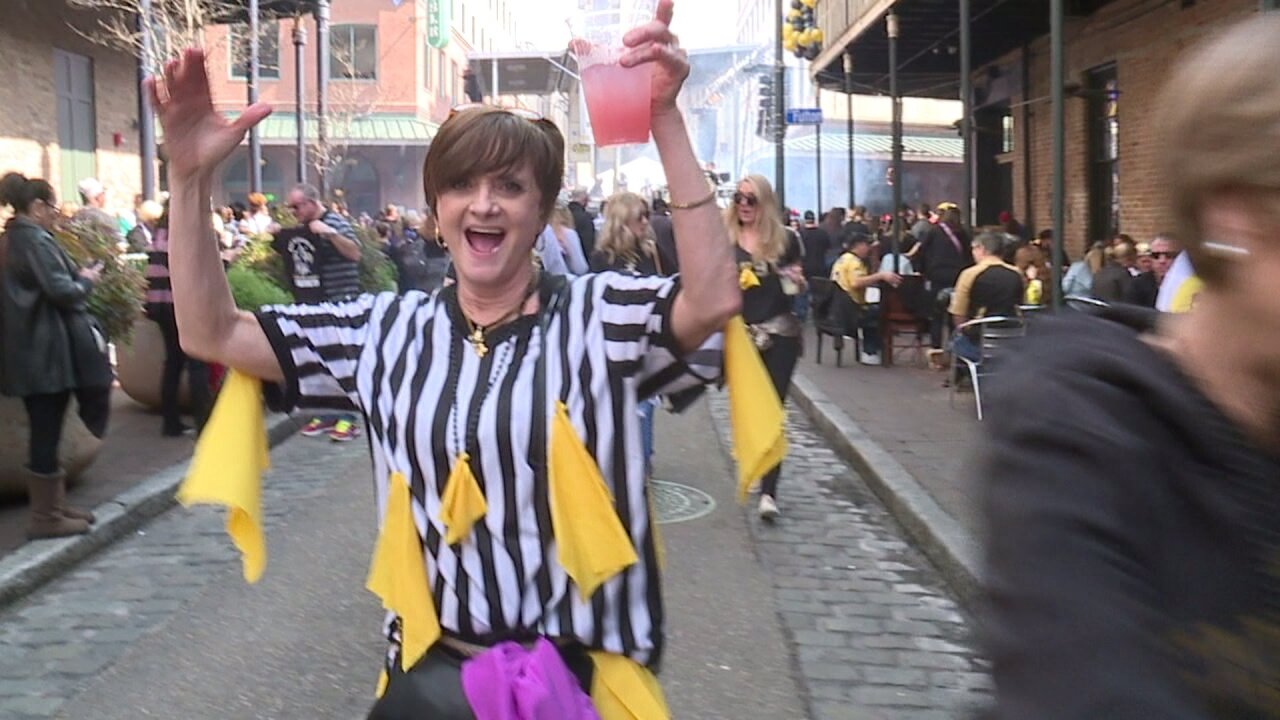 NEW ORLEANS - In New Orleans, there was no Super Bowl LIII.

As other football fans slogged their way through the lowest-scoring Super Bowl in NFL history, Saints fans flooded the streets of New Orleans Sunday in celebration of their team, in defiance of the NFL and in an attempt to heal.

Boycott Bowl, the creation of heartbroken Saints fans, proved that nothing - not even a devastating no-call snatching away their team's chance at a spot in the NFL's big game - can get in the way of a New Orleans party.

Bars throughout the city opted to replay the Saints' victory in the Super Bowl XLIV or turn off their TVs altogether.

Hundreds of people, decked out in black and gold, joined in a massive second line procession through the French Quarter.

A concert featuring more than a dozen artists sold out.

"New Orleanians get funnier, sarcastic and sometimes a little petty when things don't go their way, particularly when it comes to football," the organizers of one boycott event said in a post on Twitter.

"And since we can be petty, we encourage fans to celebrate the time that the Atlanta Falcons lost a 28-3 lead in the Super Bowl."