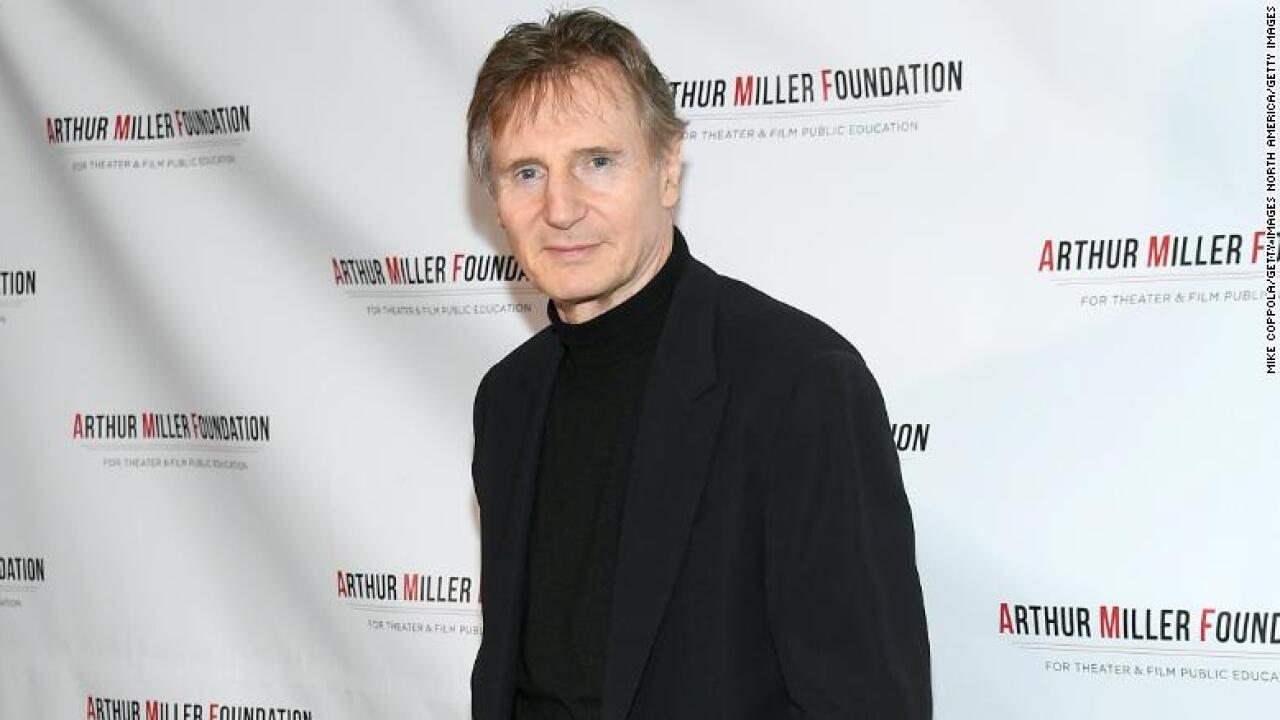 (CNN) — Liam Neeson has revealed that years ago he contemplated carrying out a racist revenge attack after someone close to him was raped.

The actor shared the story Monday in The Independent during a press tour for his new movie, “Cold Pursuit.” He expressed regret for his “horrible” past behavior.

Neeson began recounting his personal story after being asked about his film character turning to anger. He did not reveal who was attacked but said he found out when he returned home from a trip.

“She handled the situation of the rape in the most extraordinary way,” Neeson told the newspaper, which published an audio excerpt. “But my immediate reaction was … did she know who it was? No. What colour were they? She said it was a black person.

“I went up and down areas with a cosh [crowbar], hoping I’d be approached by somebody. I’m ashamed to say that, and I did it for maybe a week — hoping some [Neeson gestured air quotes with his fingers, according to the Independent] ‘black bastard’ would come out of a pub and have a go at me about something, you know? So that I could kill him.”

Neeson said it took him about a week to process what had happened.

“It was horrible, horrible, when I think back, that I did that,” he said. “And I’ve never admitted that, and I’m saying it to a journalist. God forbid.”

“Holy s***,” said Tom Bateman, his co-star, who was reportedly sitting next to Neeson during the interview.

“It’s awful,” Neeson continued. “But I did learn a lesson from it, when I eventually thought, ‘What the f*** are you doing’, you know?”

CNN has not been able to independently authenticate the audio. A rep for Neeson has not responded to a request for comment.

Neeson, 66, added that growing up around violence in Northern Ireland taught him that revenge ultimately doesn’t work.

“I come from a society — I grew up in Northern Ireland in the Troubles — and, you know, I knew a couple of guys that died on hunger strike, and I had acquaintances who were very caught up in the Troubles, and I understand that need for revenge, but it just leads to more revenge, to more killing and more killing, and Northern Ireland’s proof of that. All this stuff that’s happening in the world, the violence, is proof of that, you know. But that primal need, I understand.”