20,000 homes at risk in Australia floods as crocodiles, snakes wash up 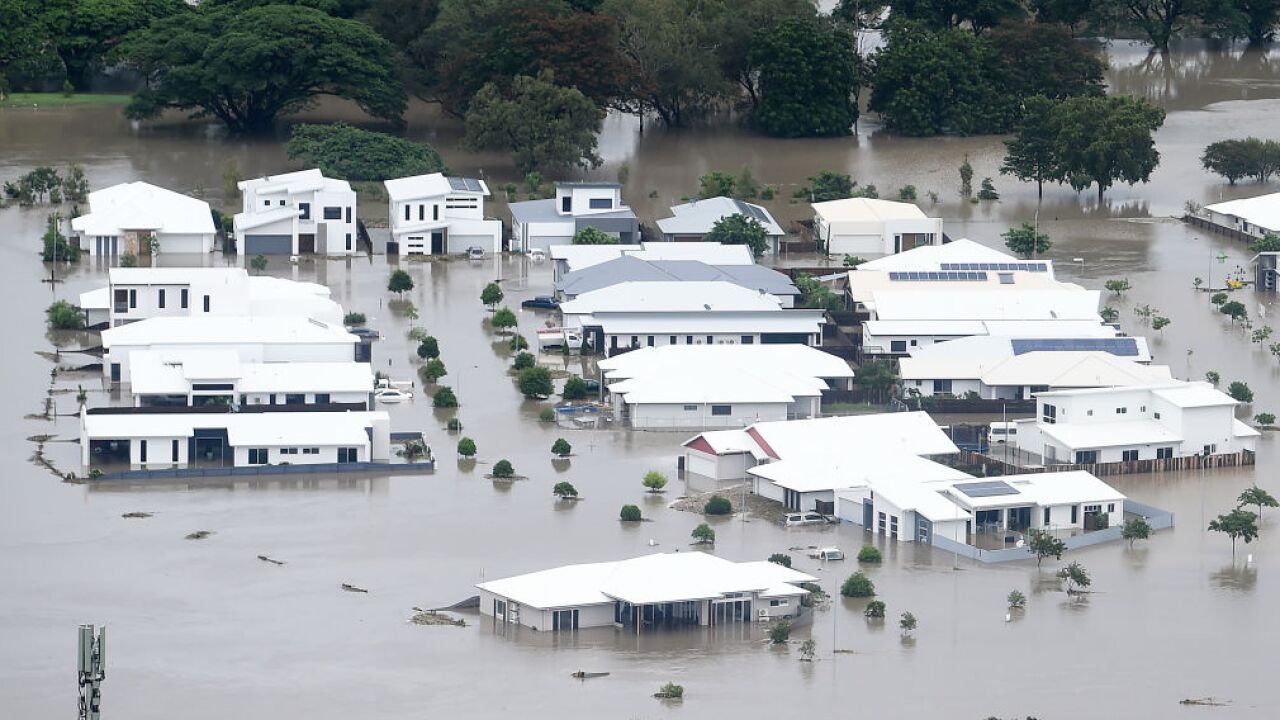 TOWNSVILLE, AUSTRALIA – FEBRUARY 04: Seen is a general view of the flooded area of Townsville on February 04, 2019 in Townsville, Australia. Queensland Premier Annastacia Palaszczuk has warned Townsville residents that flooding has not yet reached its peak as torrential rain continues. The continued inundation forced authorities to open the floodgates on the swollen Ross River dam on Sunday night. (Photo by Ian Hitchcock/Getty Images)

Devastating flooding in northeast Australia has forced thousands of people from their homes and brought snakes and crocodiles onto the streets as authorities warn of strong winds and more rain on the way.

Much of the city of Townsville in Queensland state is flooded, with residents left without power and some compelled to seek safety on the roofs of their homes, according to CNN affiliate 7 News.

Intense rain on Sunday forced authorities to open the floodgates on the Ross River Dam to relieve pressure and prevent a collapse, releasing around 1,900 cubic meters of water per second downriver. The dam was holding 224% of its capacity Monday afternoon, according to CNN affiliate 9 News, after peaking Sunday night at 247%.

“Dangerous and high-velocity flows will occur in the Ross River Sunday night into Monday. Unprecedented areas of flooding will occur in Townsville. Expect access routes to be cut,” the Queensland Bureau of Meteorology said in a statement.

The massive downpours hitting Townsville come as Australia is reeling from a record-breaking heat wave that affected all eight of the country’s states and territories.

More rain is now forecast, with about 100 millimeters (4 inches) of rain scheduled to hit Townsville Monday and another 50 millimeters (2 inches) to 75 millimeters (3 inches) on Tuesday, according to CNN meteorologist Karen Maginnis.

9 News reported that entire suburbs of Townsville were completely submerged. Local resident Gresham Ross told 9 News that the floodwaters are the highest he’s seen in 30 years of living in the area.

“You just can’t believe how much water has come down from the Ross River,” he said.

On Saturday, as the flooding rapidly worsened, police in parts of Queensland were going door-to-door to warn residents to leave their homes.

“It’s basically not just a one in 20-year event, it’s a one in 100-year event,” state Premier Annastacia Palaszczuk said Saturday, according to 9 News.

Speaking Monday, Palaszczuk warned: “There’s going to be heavy rainfall over the next couple of days.”

“There will also be damaging wind gusts and intense rainfall with significant flash flooding. So, once again, our message is, if you don’t need to be out on the roads, please don’t,” she added.

Hundreds of homes in Townsville have already been inundated, 7 News reported, and there are fears between 10,000 and 20,000 properties could be at risk from the coming bad weather.

To make matters worse for the terrified residents fleeing their homes, there have been numerous sightings of crocodiles and snakes being swept along with the floodwaters, 9 News reported.

Mundingburra resident Erin Hahn told the broadcaster she spotted a freshwater crocodile in front of her father’s house Sunday night.