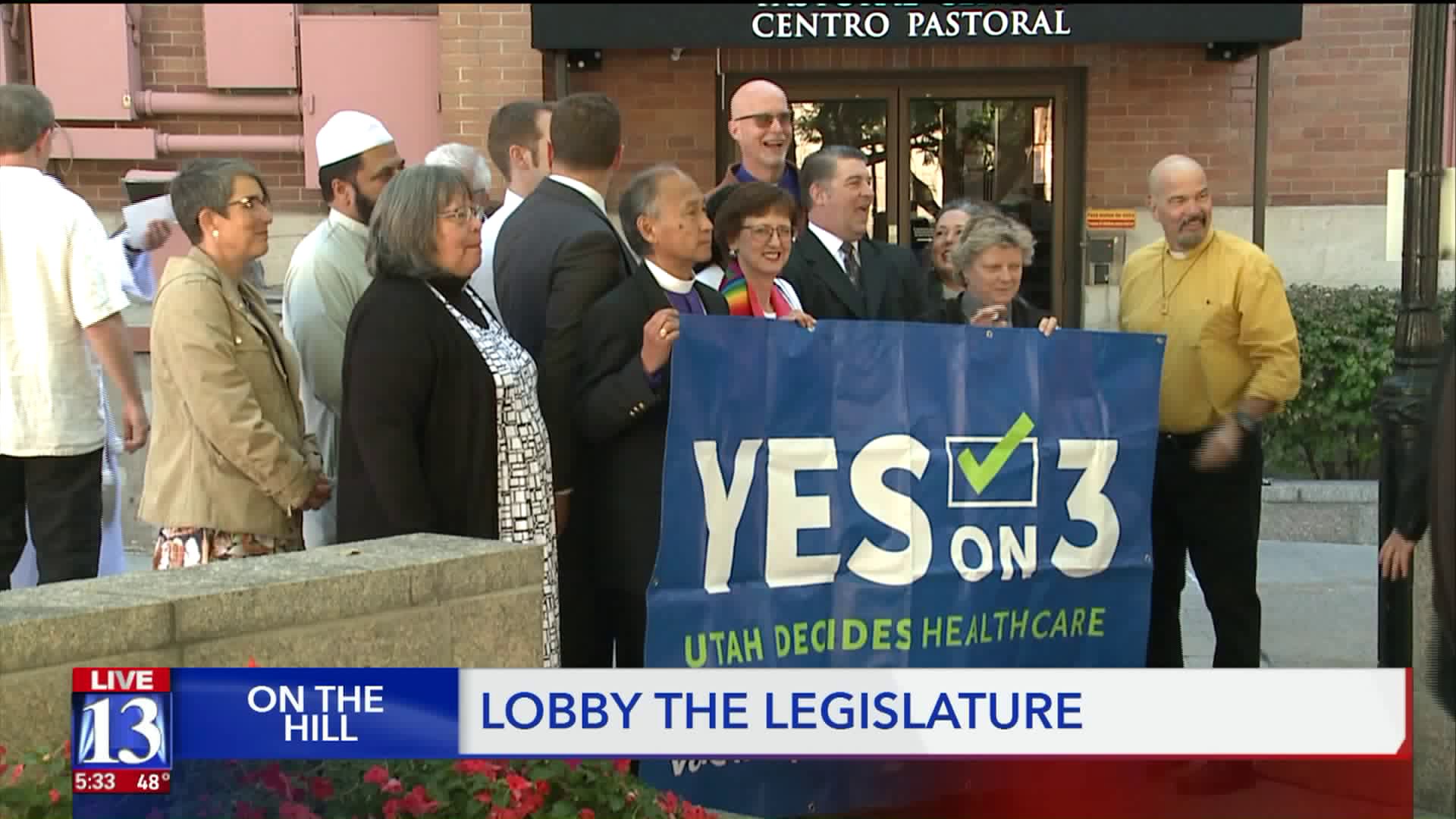 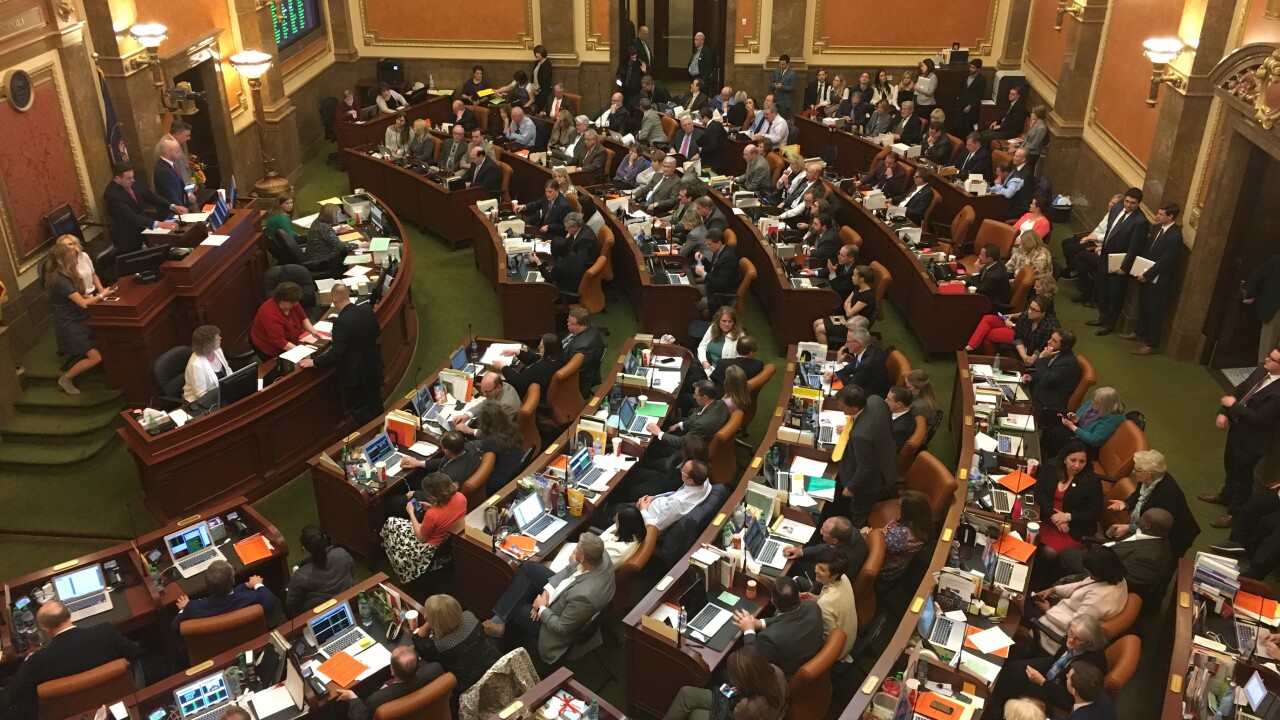 SALT LAKE CITY -- No doubt, you've got opinions on what the Utah State Legislature is doing.

From bills to replace or repeal Proposition 3, the Medicaid expansion voter initiative, to designating the state reptile or wading into the eternal debate over Daylight Saving Time, there's a lot of things to sound off on.

So how do you get the attention of the person you elected in an effort to sway their vote?

"You need to think about it as developing a relationship," says Emily Ellsworth Coleman, who literally wrote the book on constituent communications.

A former staffer for Congressmen Jason Chaffetz and Chris Stewart, Coleman's book, "Call the Halls" is a guide to contacting your elected representatives in a way that's effective. The advice she regularly hands out on Twitter and to community groups applies to places from city hall to Washington, D.C.

"You want to build a relationship with your lawmaker so you guys can come to an understanding and have a relationship based on trust and respect," she told FOX 13. "That’s a little bit harder to do than just sending a text."

For starters, know who your lawmaker is. The Utah State Legislature has a handy tool for you to look up who represents you. Then reach out to them.

Find out who your state lawmaker is by clicking here

"Some of them really like text messages, some like phone calls, some prefer emails. It really just depends," Coleman said.

Coleman recommends starting with an email and ask the representative which method of communication they prefer. Ideally, you'd talk to them outside the fast-paced legislative session, but it's a little late for that.

"Whether it’s email, text, in person, a blue note, tell your story," said Sen. Todd Weiler, R-Woods Cross. "This is me, this is who I am, this how this bill is going to affect my life."

Sen. Weiler said he likes to see the bill number or the name of the bill in the subject line so he knows what it's about. There's 1,236 bills so far in the Utah State Legislature and he doesn't have instant recall of every single one.

"Send it by email and also in that email, in the very first sentence state, 'I am one of your constituents' and I live on 'blank' street. Don’t just say I’m a constituent because I don’t necessarily believe that unless you say a zip code or street," he said. "If it’s a constituent, you go right to the top of list."

Lawmakers FOX 13 spoke with on Capitol Hill generally recommend you contact your specific representatives first, but it is OK if you reach out to ones who aren't in your district.

Even if you're seething with anger as you pound the keyboard to express your displeasure, don't let it show.

"So many people just immediately start off by saying, 'You’re corrupt, you’re selfish, you’re evil, you’re a horrible person, but vote this way for me," said Sen. Weiler. "It’s just like, what?"

Coleman said being respectful gets you further, even if you really disagree with your elected representative.

Phone calls often get returned, but Rep. Winder said he won't get around to it until the end of the day when he's driving home. Sen. Weiler said he welcomes texts, but he wants to know who the person is (and if you're a constituent) and what the bill is you're talking about.

A lot of lawmakers are active on Facebook and Twitter, but blowing up your lawmaker's DMs isn't all that effective, Coleman said.

"To be honest, it’s something a lot of lawmakers filter out because they can’t tell if you live in their district so they don’t know if they represent you," she said. "You could be from Russia, you could be down the street."

If you really want the red carpet treatment (or as close as you'll get in the Utah State Legislature), hop on the Route 500 bus or brave the parking and show up to Capitol Hill.

"That’s probably even more effective, right?" said Rep. Winder. "They take the time, they send in a note and you go out and meet with them, they do that all the time and if one my constituents comes up I often have them sit with me on the floor and talk with me in the back room."

The sergeants at arms, sporting green coats in the House of Representatives and gray coats in the Senate, sit at tables and run colored notes in to lawmakers in session to let them know someone wants to meet with them outside. It's one way that citizen activist groups like the Utah Eagle Forum, the Coalition of Religious Communities, and others have been able to mobilize for or against a bill quickly.

If you don't like the idea of standing elbow-to-elbow with lobbyists, waiting in-between votes for your elected representative to spend a couple of quick minutes with you, there's another option:

"Go to town halls," said Sen. Weiler. "That’s the best time to engage with people. I have one every weekend."