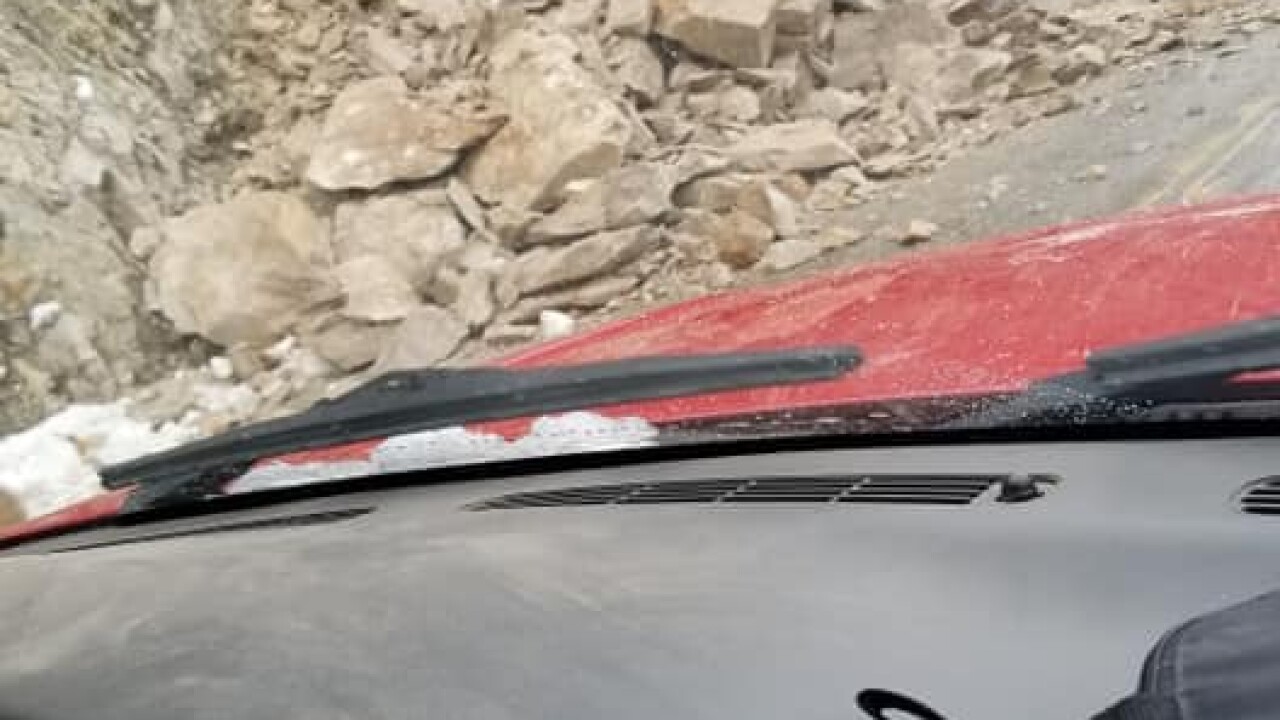 OGDEN, Utah — A rockslide blocked part of the road on the North Ogden Divide Sunday, causing traffic to move slowly in one lane, officials stated.

Photos of the rock slide can be seen below: