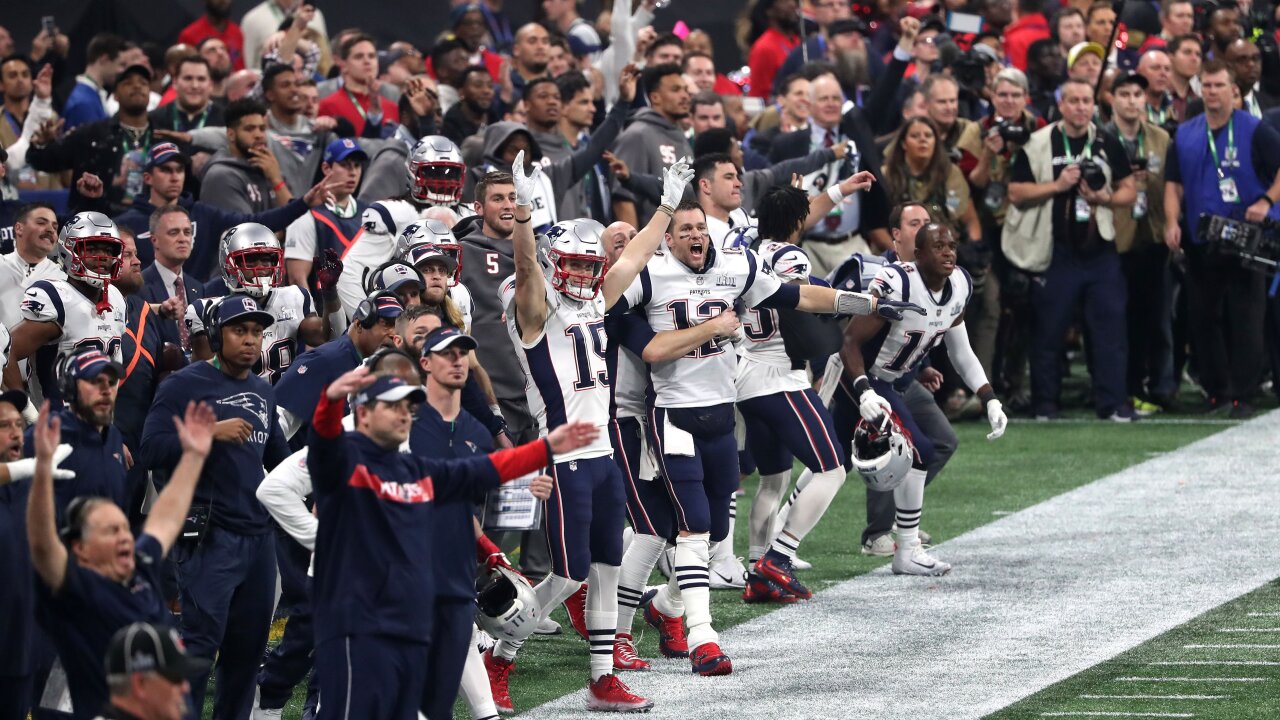 Once again, the New England Patriots are Super Bowl champions, winning Super Bowl LIII 13-3 at Mercedes-Benz Stadium in Atlanta — and launching Tom Brady and Bill Belichick into a different stratosphere.

They have now won six Super Bowls together, extending their record for the most by a head coach and starting quarterback combination. With the win, the Patriots are tied with the Pittsburgh Steelers for the most Super Bowl titles in NFL history.

“It probably won’t sink in for a very, very long time,” Brady said. I’m just so blessed to play with the best teammates through the years from our ’01 team and all the way through now. I love all those guys. That’s what makes this special, man. It’s a brotherhood. All these relationship are so important in my life, and I can’t cherish it enough. It’s going to be a celebration tonight.”

At 41 years old, Brady also is the oldest starting quarterback to win a Super Bowl, eclipsing Peyton Manning, who was 39 when he won Super Bowl 50.

Belichick is the oldest head coach to win a Super Bowl at age 66, and no head coach has won more Super Bowls than him. Now, he joins George Halas and Curly Lambeau as the only NFL coaches with six championships since the league began postseason play in 1933.

This was the pair’s ninth Super Bowl appearance together, the most title games for any head coach and starting quarterback duo in NFL history.

Brady was 21-for-35 passing for 262 yards, and most of those yards went to wide receiver Julian Edelman, who is boosting his hall-of-fame resume. Edelman — who was named the game’s MVP — had 10 catches for 141 yards. In addition to already having the second-most receptions in postseason history, he’s now second all time in postseason receiving yards. He trails just the legendary Jerry Rice in both categories.

After the win, among the crush of players, reporters and confetti, Brady and Edelman, who are close friends, shared a long embrace. Edelman, 32, missed all of last season with a knee injury and the first four games this season for violating the NFL’s policy on performance-enhancing substances.

Edelman, who in his college days was a quarterback at Kent State, was drafted by New England in the seventh round of the 2009 NFL draft. He is the seventh wide receiver to be named Super Bowl MVP.

The Rams had the No. 2 scoring offense in the NFL, while the Patriots were ranked fourth. But instead of a shootout, scoring came at a premium. It’s the first Super Bowl without a touchdown through the first three quarters.

A Stephen Gostkowski 42-yard field goal was the only scoring in the first half. The 3-0 score was the second-lowest scoring first half in Super Bowl history. Only Super Bowl IX, when the Pittsburgh Steelers led the Minnesota Vikings 2-0, was lower.

Rams kicker Greg Zuerlein’s 53-yarder tied it with 2:11 left in the third quarter.

Then came another classic Brady-led drive.

It started with a completed pass to tight end Rob Gronkowski for 18 yards. The crowd, which was majority Patriots fans, started chanting, “Brady! Brady!”

Brady then hit Julian Edelman and Rex Burkhead for 13 and seven yards, respectively. Another throw to Gronkowski for 29 yards set up first-and-goal from the 2-yard line. Sony Michel ran it in from there for the touchdown with seven minutes to go.

Los Angeles tried to respond with a lengthy drive of its own, but quarterback Jared Goff was intercepted by Stephon Gilmore at the New England 4-yard line.

Super Bowl LIII marked a rematch of Super Bowl XXXVI, when New England defeated the then-St. Louis Rams 20-17 on February 3, 2002. The Rams, who moved back to Los Angeles in 2016, were aiming for their second Super Bowl title and their first back out West.

Since the hiring of head coach Sean McVay, the youngest head coach in Super Bowl history at age 33, this was their second consecutive year in the playoffs.