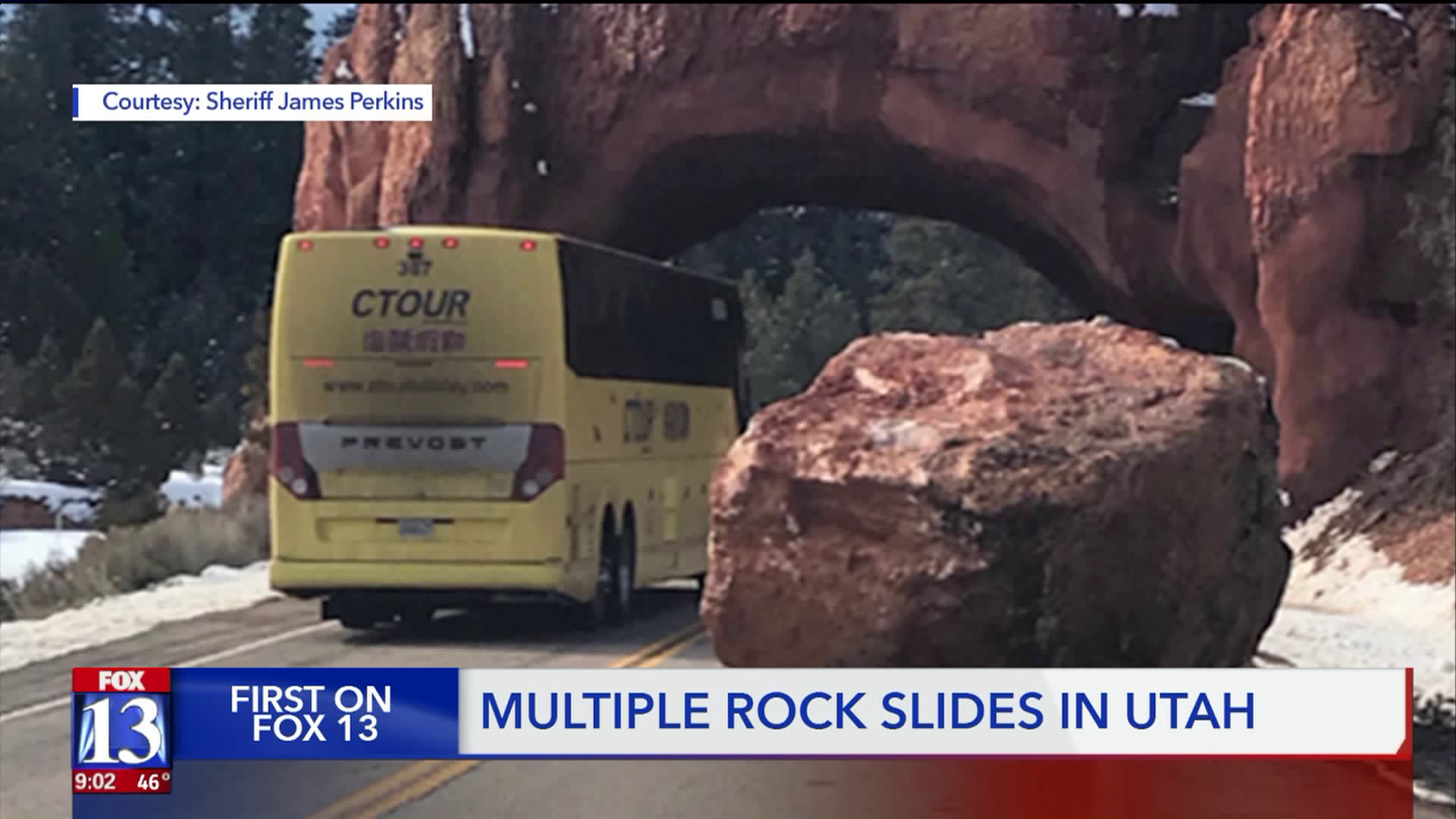 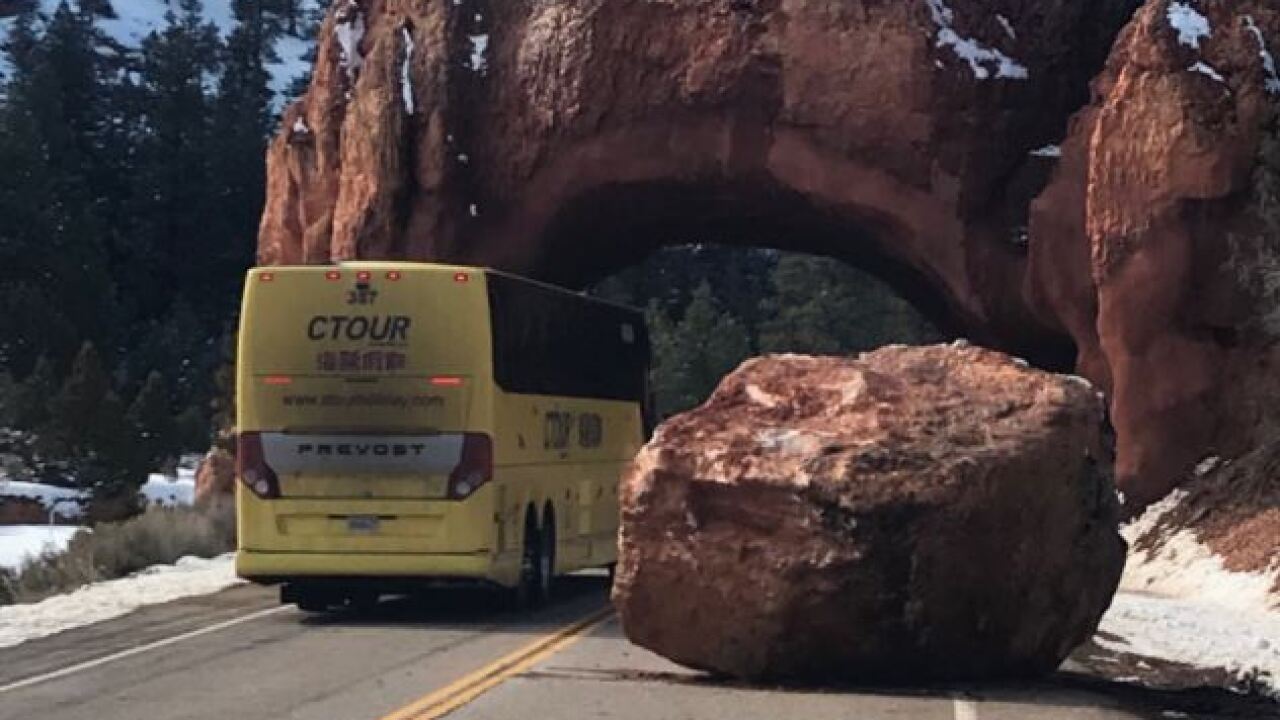 GARFIELD COUNTY, Utah — A large rock fell on the road on SR-12 just outside of Bryce Canyon Sunday, and the local sheriff tweeted that he may need some help moving it.

Garfield County Sheriff Danny Perkins said he and another deputy were in Red Canyon responding to the rock that fell.

“Myself and one of the Garfield County deputies responded to SR-12 in red Canyon to remove a rock that fell on the road,” Perkins said. “WE MAY NEED SOME HELP.”

Denise Dastrup with the Garfield County Sheriff’s Office said it took a little over an hour to move the massive boulder out of the road.

“We were lucky to have the Utah Highway Patrol on site with us and also UDOT came with their loader, and was able to remove it pretty quickly,” said Dastrup.

SR-12 is open again and safe to travel, but Dastrup said to be on the lookout for other slide-offs.

“You just need to be careful and aware of your surroundings no matter what,” said Dastrup. “The soils are loose, the rains are heavy—just be prepared.”