Fire burns 2 cars to a crisp in Cedar City neighborhood 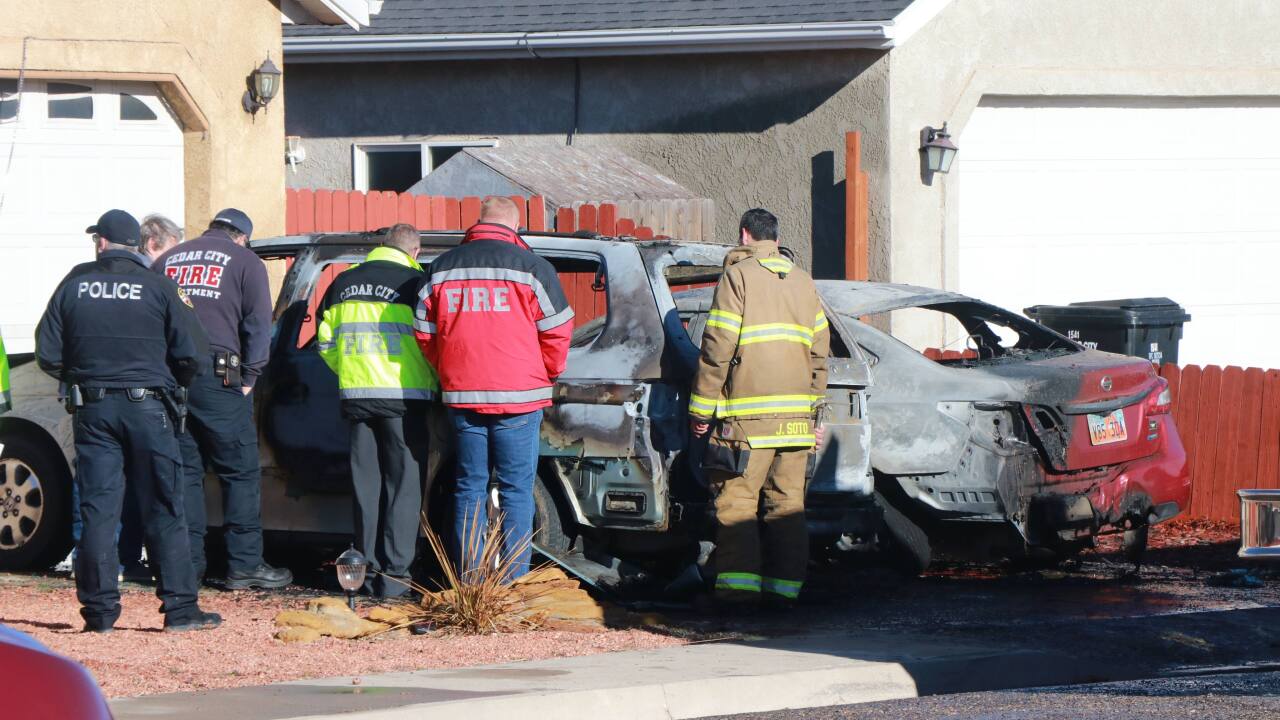 CEDAR CITY — Investigators are working to determine the cause of a fire that destroyed two cars in Cedar City Sunday morning, St. George News reported.

Cedar City Fire responded to the blaze at 9:11 a.m. on the 1500 North block of Cedar Boulevard involving a blue van and red passenger car.

“The person who lives there and owns the vehicles heard a noise and saw that his van was fully engulfed,” Cedar City Fire Capt. Lowell Sorensen said, explaining that the homeowner then called 911 to report the fire.

When firefighters arrived, the fire had spread to the passenger car and both vehicles were fully engulfed in flames.