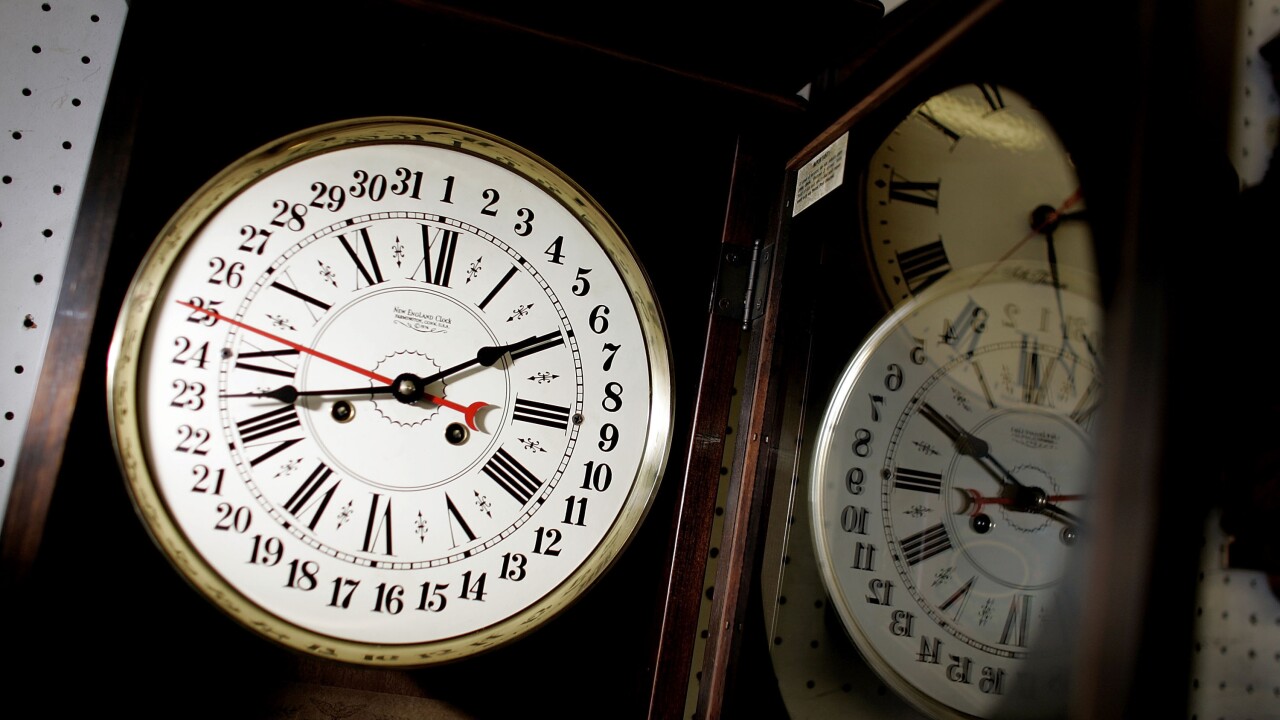 PLANTATION, FL- MARCH 06: A clock hangs on the wall at Brown?s Old Time Clock Shop March 6, 2007 in Plantation, Florida. This year day light savings time happens three weeks early and some people fear that it could cause some computer and gadget glitches. (Photo by Joe Raedle/Getty Images)

SALT LAKE CITY — A state lawmaker is proposing to have voters decide if Utah should eliminate Daylight Saving Time.

Rep. Marsha Judkins, R-Provo, has introduced House Joint Resolution 15, which proposes to put the issue on the 2020 ballot. It poses these options:

Strangely enough, Daylight Saving Time is one of the top issues that lawmakers hear from their constituents about. Yet it is often considered by the legislature to be a “low priority” bill when faced with a multi-billion dollar budget and more pressing issues.

In a recent interview with FOX 13, Rep. Judkins said she wanted to push the issue through and have voters settle it.

“It is the most mentioned issue to me from all my constituents that’s universal,” she said.

The issue would be non-binding, meaning that it’s a recommendation from voters. To be permanently on Daylight Saving Time (spring ahead, stay ahead) would require congressional approval. Staying off Daylight Saving Time (fall behind, stay behind) would put us in the same time zone as Arizona year-round.

Daylight Saving Time is somewhat controversial on Utah’s Capitol Hill. Past efforts to repeal it have been met with strong opposition from special interests like the golf and ski industry and the Utah Farm Bureau. But polls have shown Utahns largely favor ending Daylight Saving Time.

Rep. Judkins, a freshman lawmaker, said she’s already heard from constituents since word of her bill got out.

“I get emails, like I don’t know how many, every time I look at my inbox I have emails about this stating their opinion of what they hope to see. And they’re nice about it,” she said. “What I say is, ‘I’m glad you have an opinion, hopefully you’ll be able to express that on the ballot in 2020.'”