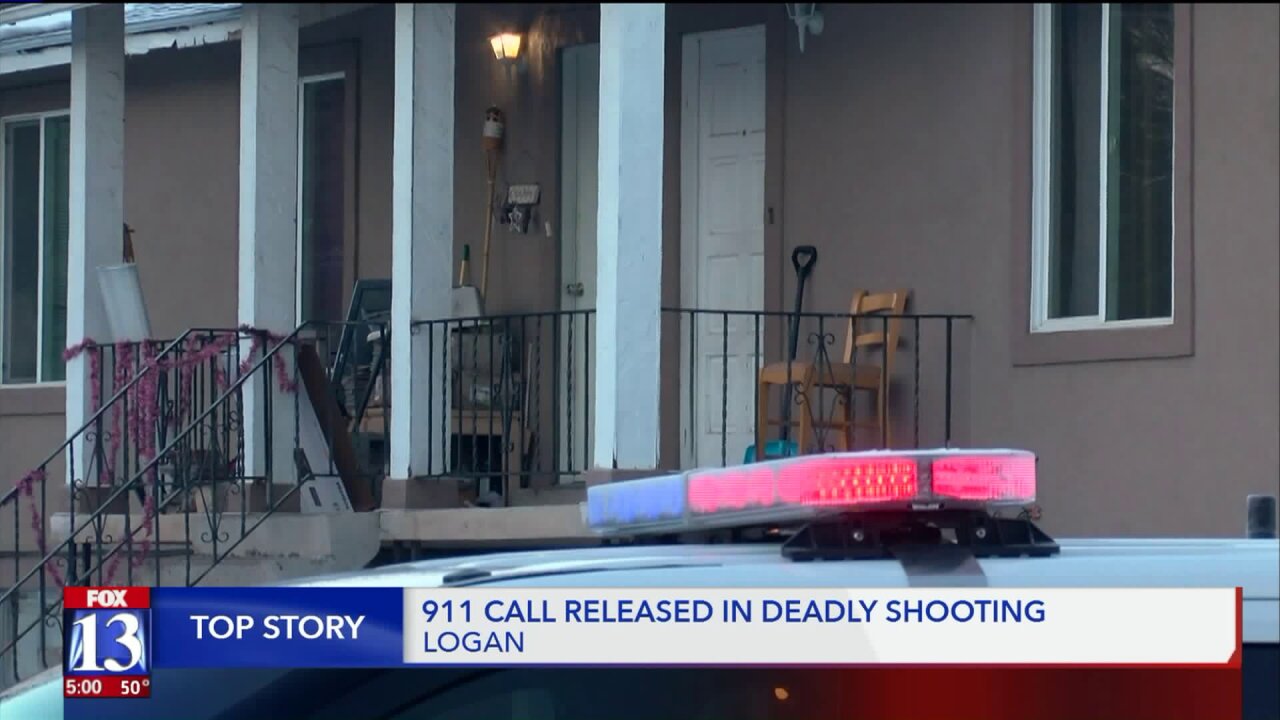 LOGAN, Utah -- A man is cooperating with police after he shot and killed another man at an apartment in Logan Friday morning.

“My ex came to get the kids,” said Oakland on a call to Logan Dispatch. “Last night he threatened to kill the person I am with, and then he showed up at six in the morning to get the kids.”

Capt. Tyson Budge with Logan police said Oakland was holding her two-year-old child in her arms, talking with her ex-husband at the door.

“She was going to make arrangements for him to leave, to maybe take him to work, so she went out to start her car,” said Budge.

While she was outside, Budge said her ex-boyfriend, identified as Dylan Milian, stepped inside the house where Boyle shot him.

That’s when Boyle took the line.

“Me,” said Boyle over the phone.

After a moment of silence, dispatch asked Boyle if he knew who he had shot.

“I knew who it was, that’s why I pulled it because he was making threats,” said Boyle.

Oakland’s four children, all under the age of 7, were staying in the apartment along with their mother and their grandmother, 53, who owns the residence.

“We took the two females and the kids up to the children’s justice center, to perform the forensic interviews up there,” said Budge.

Budge said both men had been involved in a relationship with a woman staying at the apartment. The man who was shot is the father of two of her four children while the man who pulled the trigger is the father to another.

The fourth child’s father is not known to police at this time.

“No one was in the room when the shot was fired,” said Budge.

The children living in the residence are in the care of another relative.