Woman arrested for DUI after crashing into UHP patrol vehicle 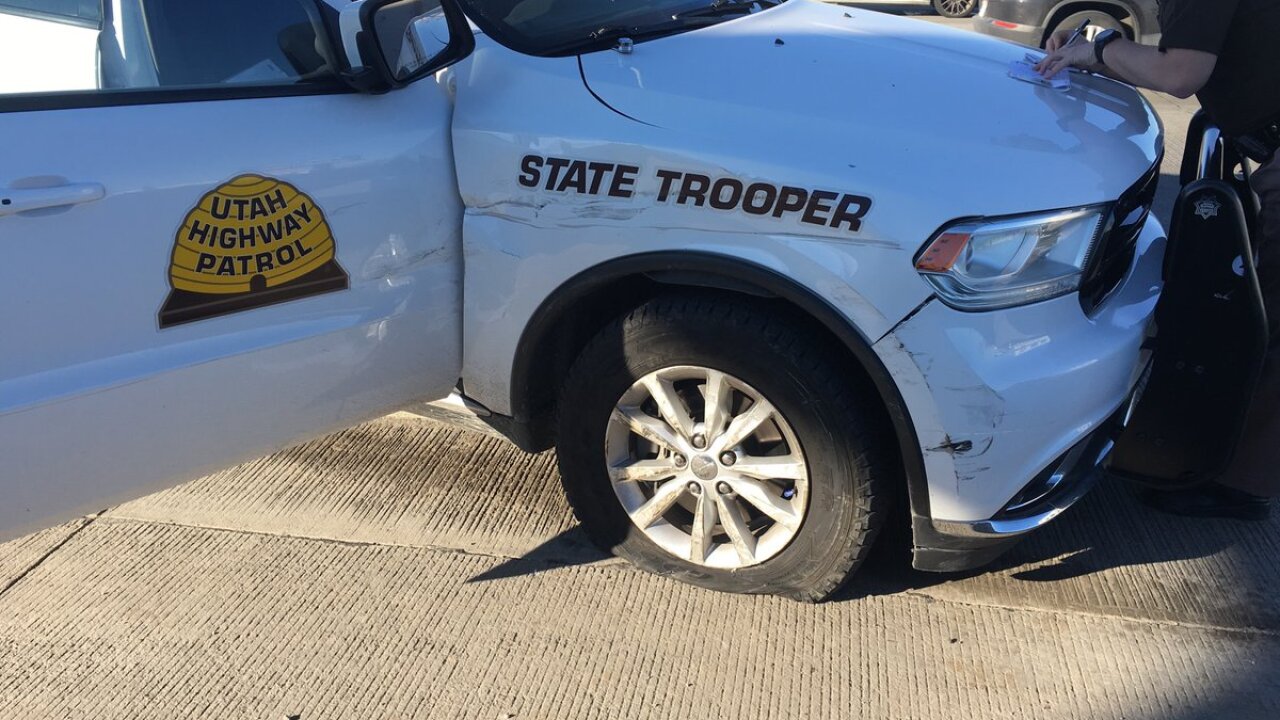 SANDY, Utah — A woman has been arrested for DUI after troopers say she crashed into a patrol vehicle performing a slow-down maneuver on I-15 in Sandy Friday morning.

Sgt. Nick Street of the Utah Highway Patrol said the crash occurred at 9000 South on northbound I-15 around 9:30 a.m.

UHP states Trooper Fawson was performing a slow-down maneuver so a trooper farther down the road could safely remove debris from the roadway.

The woman failed to yield to the trooper’s lights and sirens and crashed into the patrol vehicle, disabling it. Her car then collided with a barrier and was also disabled.

Street said no injuries were reported.