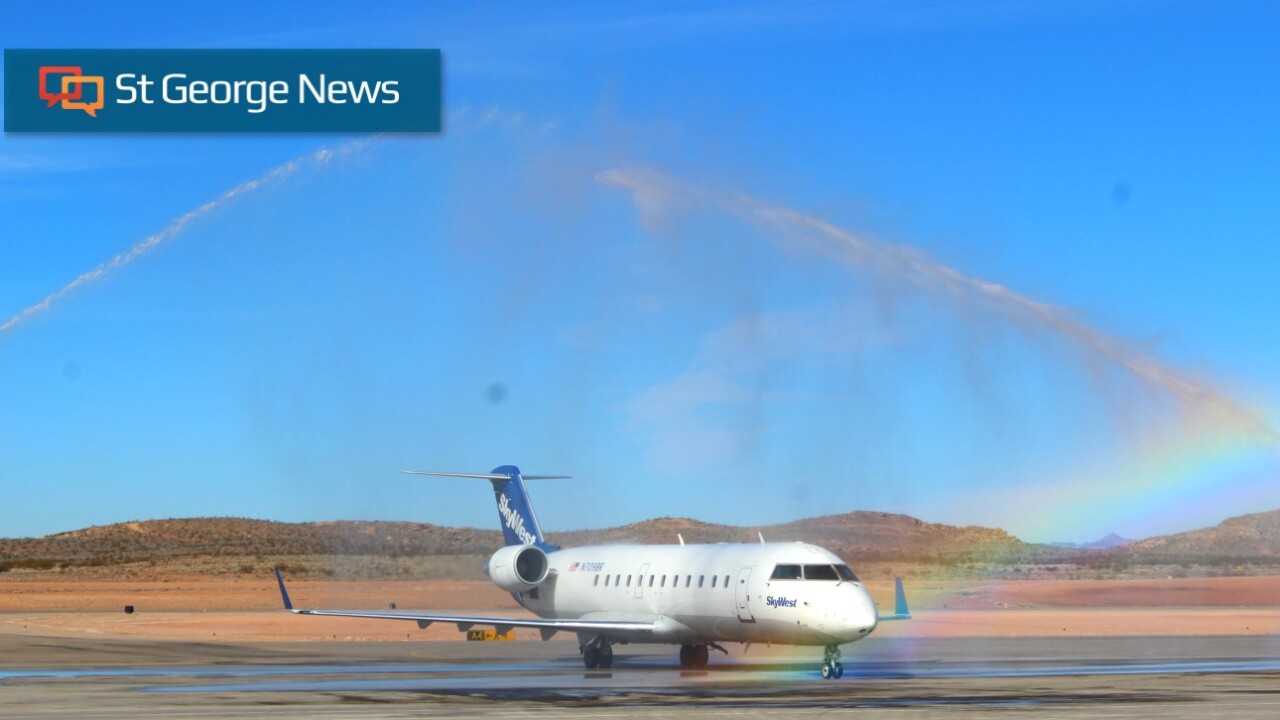 ST. GEORGE — The terminal at St. George Regional Airport burst into applause as more than a dozen Utah National Guard members made their way into the airport after a touching display of respect and gratitude sprang from the hoses of two fire engines – the hallowed water cannon salute, St. George News reports.

About 3,000 gallons of water rained down upon the Skywest aircraft as it taxied toward the tarmac Thursday.

The water cannon salute is an airport tradition to honor military veterans and involves two fire engines that spray arcs of water over the arriving flight as a sign of respect, honor and gratitude, courtesy of St. George Airport Fire and Rescue and the St. George Fire Department.