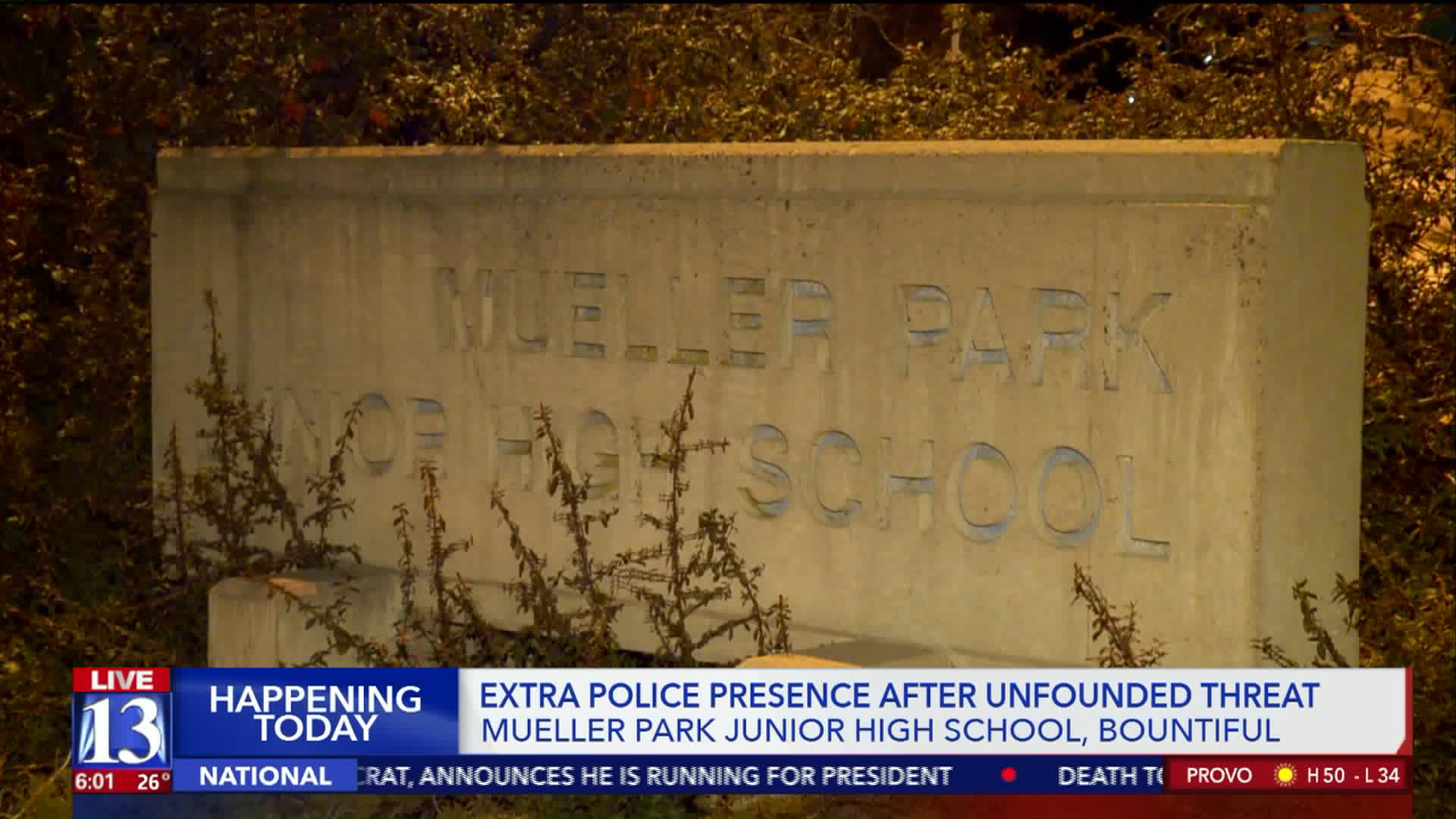 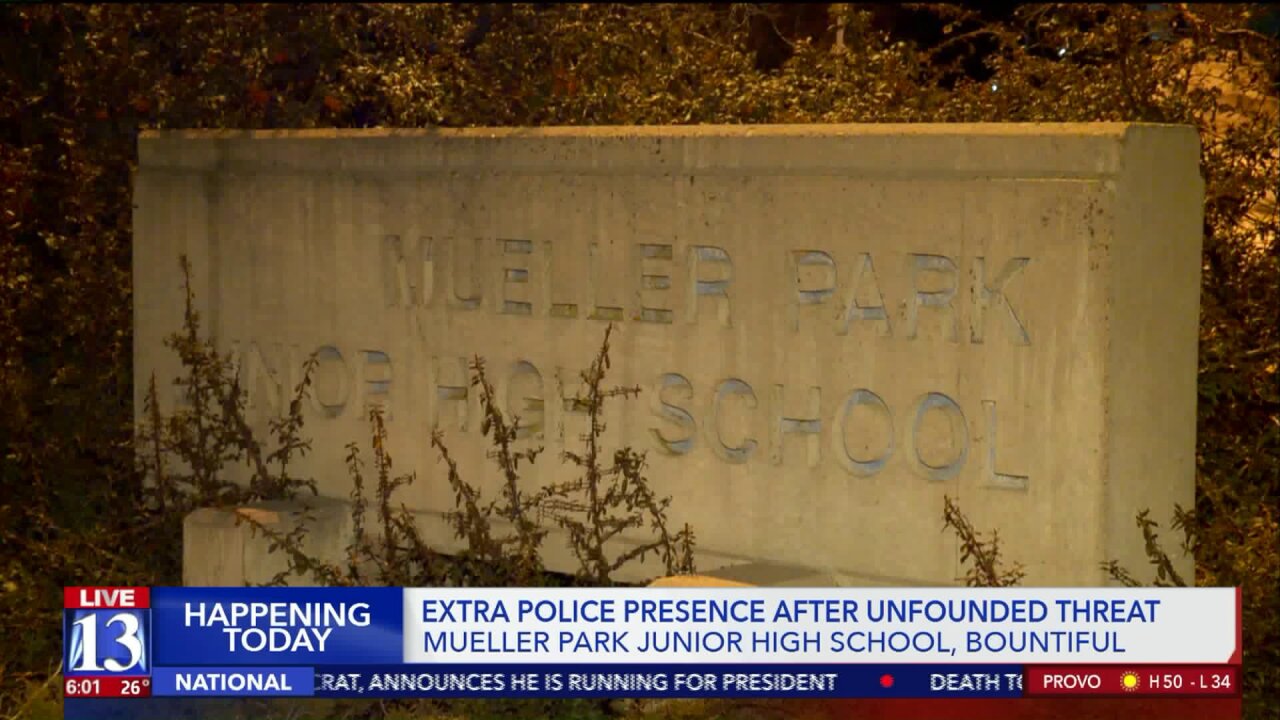 BOUNTIFUL, Utah -- There will be an extra police presence at Mueller Park Jr. High School Friday after investigators received a threat they say is unfounded.

While specific details about the nature of the threat were not made public, it was directed at the school and submitted via the SafeUT app.

Lt. Dave Edwards of the Bountiful Police Department said the school contacted them, and also conducted their own investigation. Bountiful Police investigated as well and ultimately determined the threat was unfounded and closed the case.

There will be extra police at the school Friday out of an abundance of caution and so students feel safe.

The school is not a stranger to threats of violence. A 15-year-old student was disarmed by his parents after firing a gun inside the school in 2016.