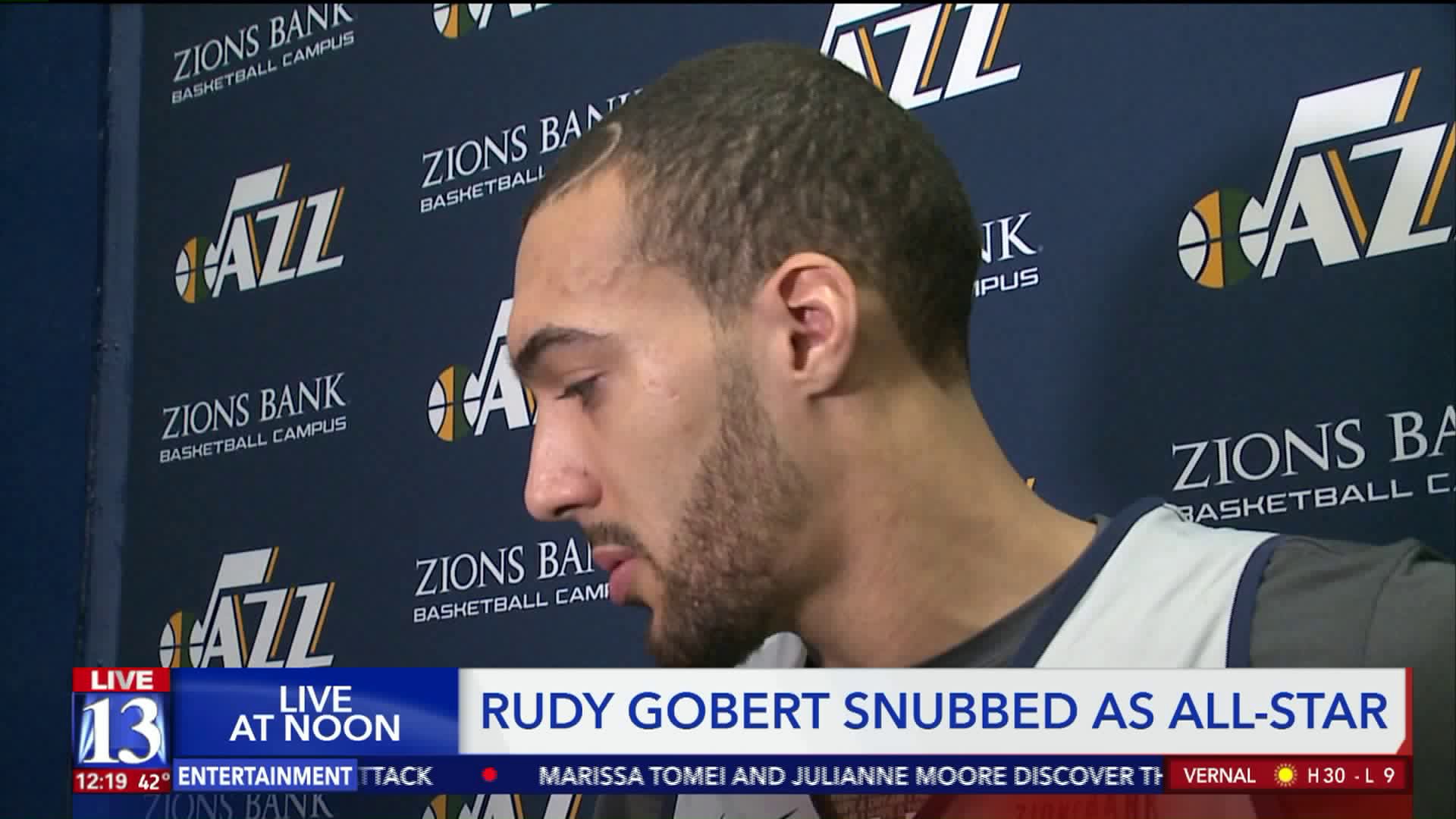 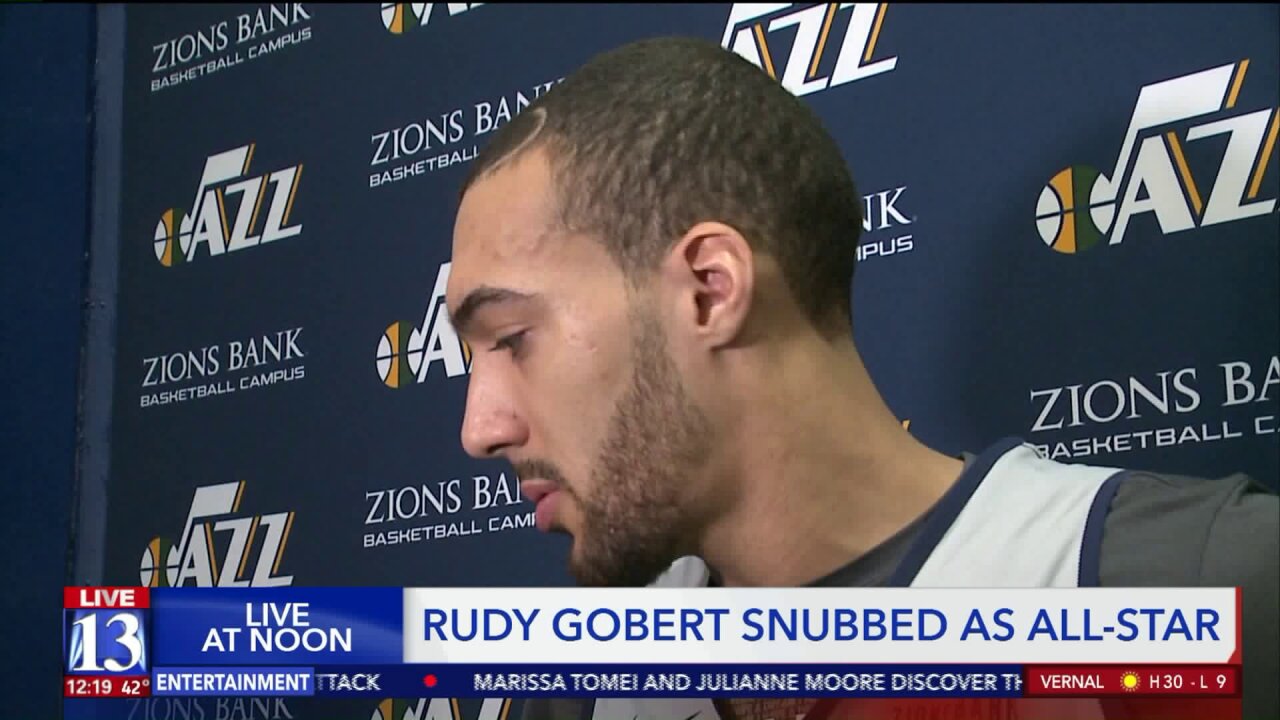 SALT LAKE CITY -- Utah Jazz star Rudy Gobert got emotional Friday as he discussed being left off the roster for the NBA All-Star Game.

"It was a rough night, you know, my mom called me crying," Gobert told media Friday. "It was tough, but it is what it is."

Later, Gobert was responding to a question about being motivated as much by successes as by disappointments (like the All-Star snub) when he become too emotional to continue the interview.

"Yes, it's always going to be that way, and.... uh, sorry," Gobert said before ending the interview.

Gobert and his mother aren't the only ones reacting to the snub, Salt Lake City Police tweeted their supportwith a tongue-in-cheek jab directed at the coaches who pick the roster, see below for that thread.

Our investigation into the #NBAAllStar #snub of @rudygobert27 has discovered this un-doctored photo of the NBA coaches voting. #Robbery @utahjazz @1280thezone pic.twitter.com/8eylZlODgS