Professional Bullfighters Spill their Secrets to Surviving in the Ring 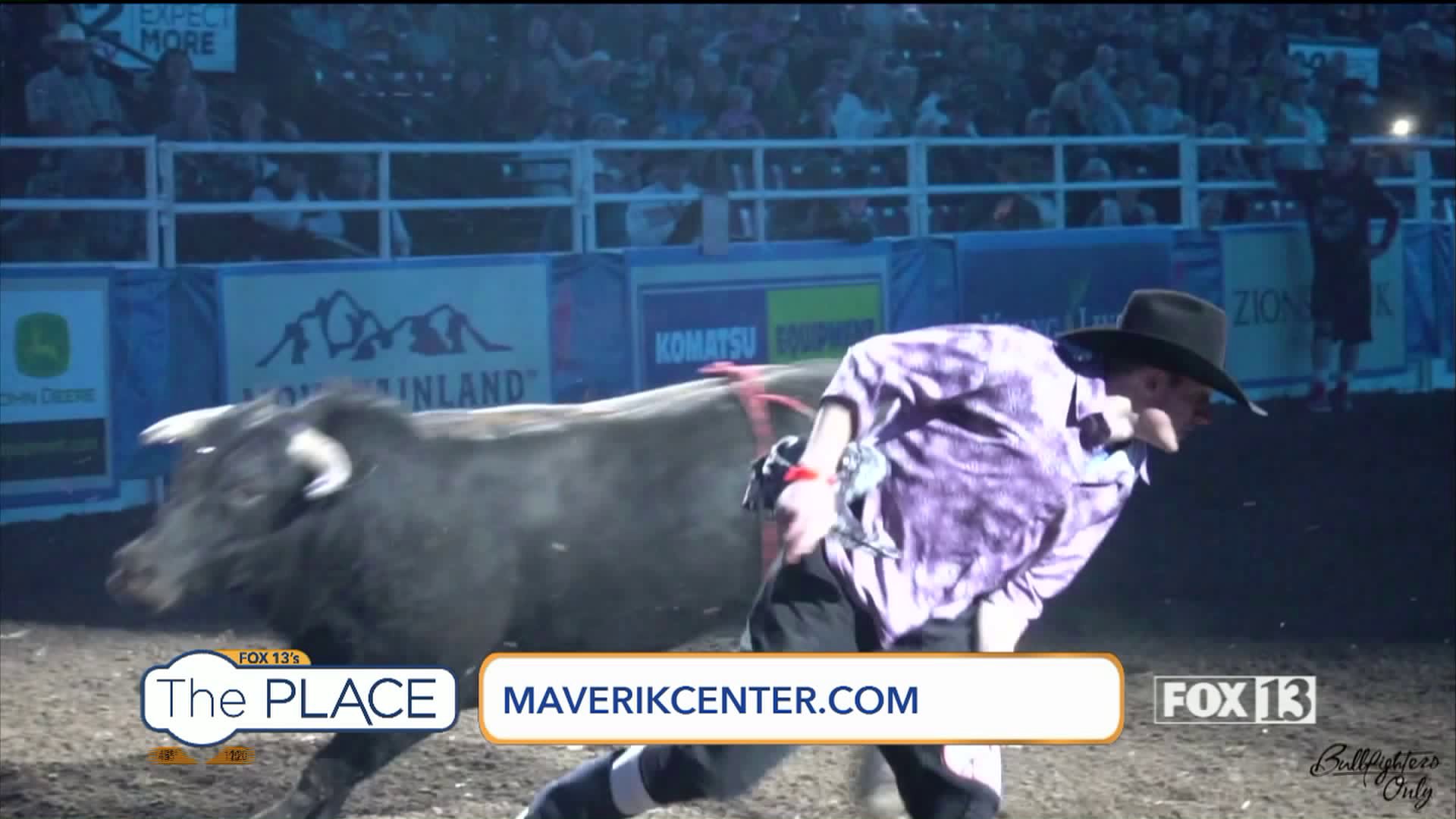 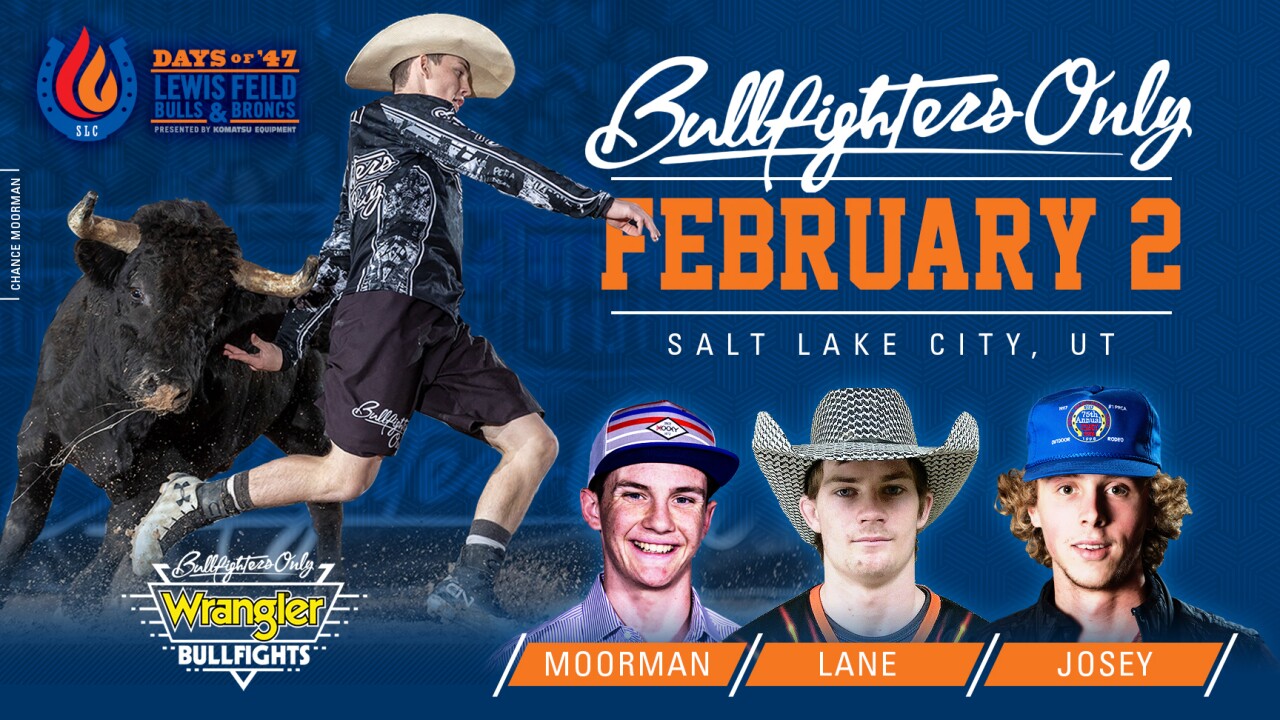 Chance Moorman and Tucker Lane will be two of the three bullfighters competing in a Bullfighters Only competition during the Days of `47 Lewis Feild Bulls and Broncs on Saturday, Feb. 2, 2019 at Maverik Center. They stopped by to show us some of the tricks they use to avoid the wrath of the bull while they're in the ring!

Chance Moorman: A year ago, Chance Moorman was just thinking about being a freestyle bullfighter. Last spring, the Lytle, Texas, teenager took his shot through the Bullfighters Only Development Camp system. By May, he was in the mix just as he was about to graduate high school. Now, Moorman is already among the best. He advanced to the BFO Las Vegas Championship in December, then finished 11th in the 2018 world standings. Just a couple weeks ago, he finished second at the BFO Barrett-Jackson Invitational and posted the highest-marked fight of the event, a 90.5-point bout to win the second round.

Tucker Lane: Tucker Lane skipped his high school graduation in Oak Grove, Mo., to be part of the field at the Bullfighters Only Tri Cities Invitational in Kennewick, Wash. He then went on to have an outstanding season fighting Spanish fighting bulls and earned a spot among the very best in the world to advance to the BFO Roughy Cup and the Preliminary Rounds of the Las Vegas Championship. He then battled through tough bulls while in Sin City to finish the season No. 9 in the Pendleton Whisky World Standings. He`s one of many outstanding young guns who are making their presence known in freestyle bullfighting.

• Days of 47 Lewis Feild Bulls & Broncs presented by Komatsu Equipment is being held for one night only, Saturday, Feb. 2, 2019 at 7:30 p.m. at the Maverik Center
• A total of 36 contestants from across the country will have the opportunity to compete for a share of the $45,000 purse and a chance for an automatic qualification into the 1 Million Dollars Days of `47 Cowboy Games and Rodeo, July 19-20, 22-24.
• The event honors the late ProRodeo Hall of Fame Utah Cowboy Lewis Feild and 2019 marks the second year for the event. Feild made a name for himself and Utah in the ranks of the Professional Rodeo Cowboys Association. Field, who was born in Salt Lake City and lived his entire life in Utah, won five world titles in the PRCA - three all-around and two bareback riding titles. After his competitive days in the arena he was a well known stock contractor and worked as a pickup-man at the 2004 Wrangler National Finals Rodeo. He is an inductee in the Utah Sports Hall of Fame and the ProRodeo Hall of Fame.
• Each of the 12 contestants in each event - bareback riding, saddle bronc riding, bull riding - will compete with the top two advancing to the final round. The cowboy with the highest score in the final round will be crowned the event champion. The winner will receive an automatic qualification into the 1 Million Dollar Days of `47 Cowboy Games and Rodeo in July.
• In addition there will be three Bullfighter Only competitors competing in a bullfighting exhibition.
• The stock will be provided by Bar T Rodeo, which was founded in the Red Rocks of Moab, Utah over 60 years ago. In 2002, Bar T Rodeo helped produce the Olympic Command Performance Rodeo in Farmington, Utah, held during the 2002 Olympic Winter Games in Salt Lake City. A number of stock that was selected to buck at the 2018 Wrangler National Finals Rodeo will be on hand for this event.
• Tickets start as low as $15 and can be bought at www.smithstix.com.
• Doors open at 6 p.m. and there will be free pony rides for the kids.