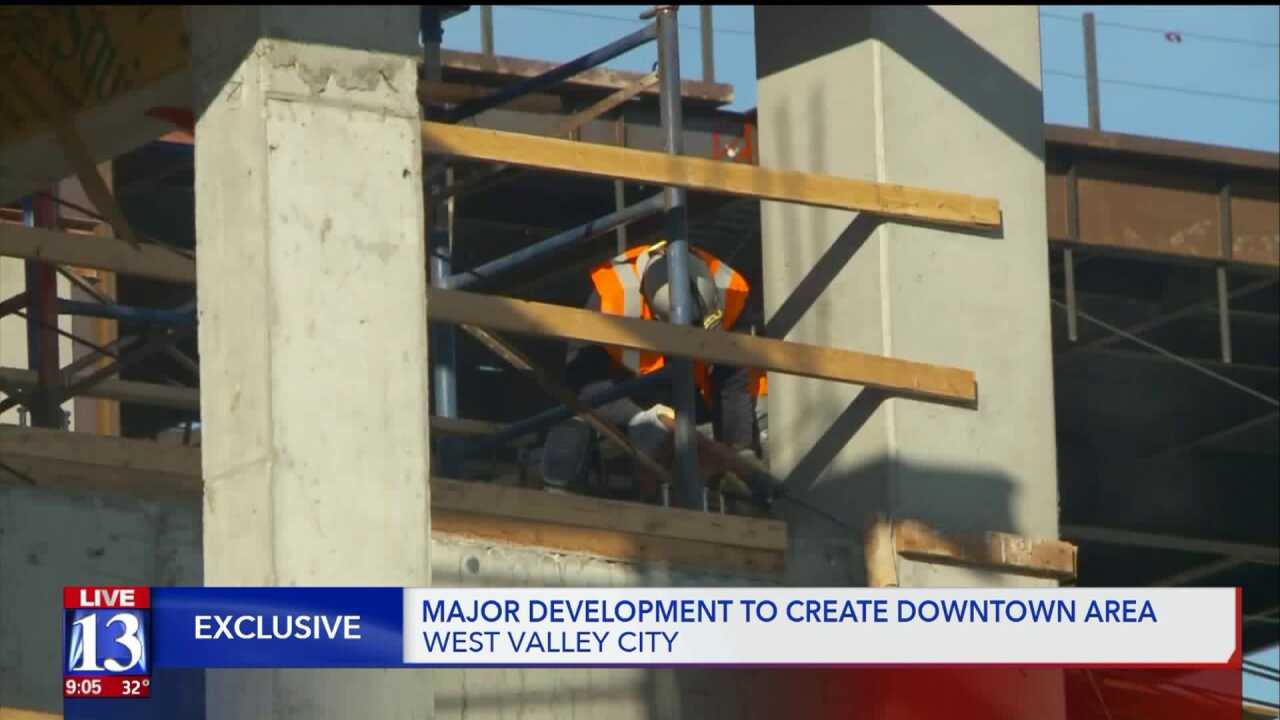 WEST VALLEY CITY — Cranes and construction sites dot the skyline now, but they will soon give way to a reimagined downtown West Valley City.

City leaders say this project has been in the works for roughly 10 years.

“The grand vision is a vibrant downtown,” said Jonathan Springmeyer, the city’s business development manager. “To see it come out of the ground, finally, is rewarding.”

Key parts of the project include a 9-story office building, 200 apartment units, and a police headquarters.

“We are reinvesting and we’re creating an economic base where their either wasn’t one or there was one that was in decline,” Springmeyer said.

He estimates a total $500 million is being invested in the projects.

The Valley Fair shopping and entertainment center across the street from the major construction hopes to reap some of the benefits of the new economic base.

$15 million is being spent to add new stores like Hobby Lobby and Old Navy. A restaurant with a bowling alley is also under construction.

“We are looking at a full rebranding effort,” said Rachel Forman, the Vice President of Marketing for Vestar, the company that manages Valley Fair. “There are no barriers to what we want to do here.”

The goal is to make Valley Fair an entertainment hub of the new downtown. Vestar also owns The Gateway in Salt Lake City, a property that is currently undergoing a makeover, itself.

“One thing we did at The Gateway, with new and unusual tenants, we are looking to do that here,” Forman said.

City leaders believe the huge investment will pay dividends for current residents while encouraging visitors to open their wallets.

“We are a good, working class, blue-collar community,” Springmeyer said.

Construction for most of the projects should be complete by the end of 2019.