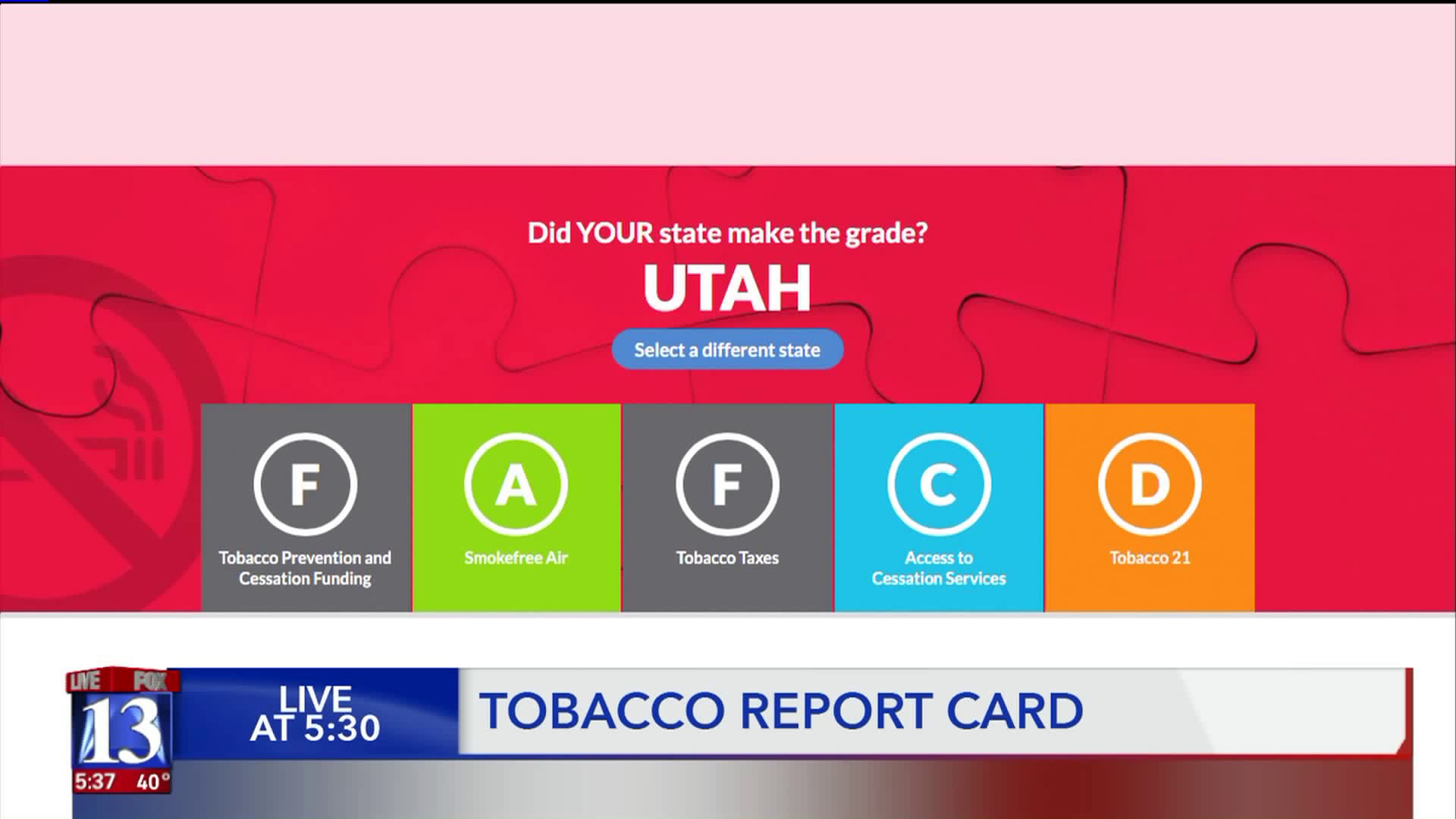 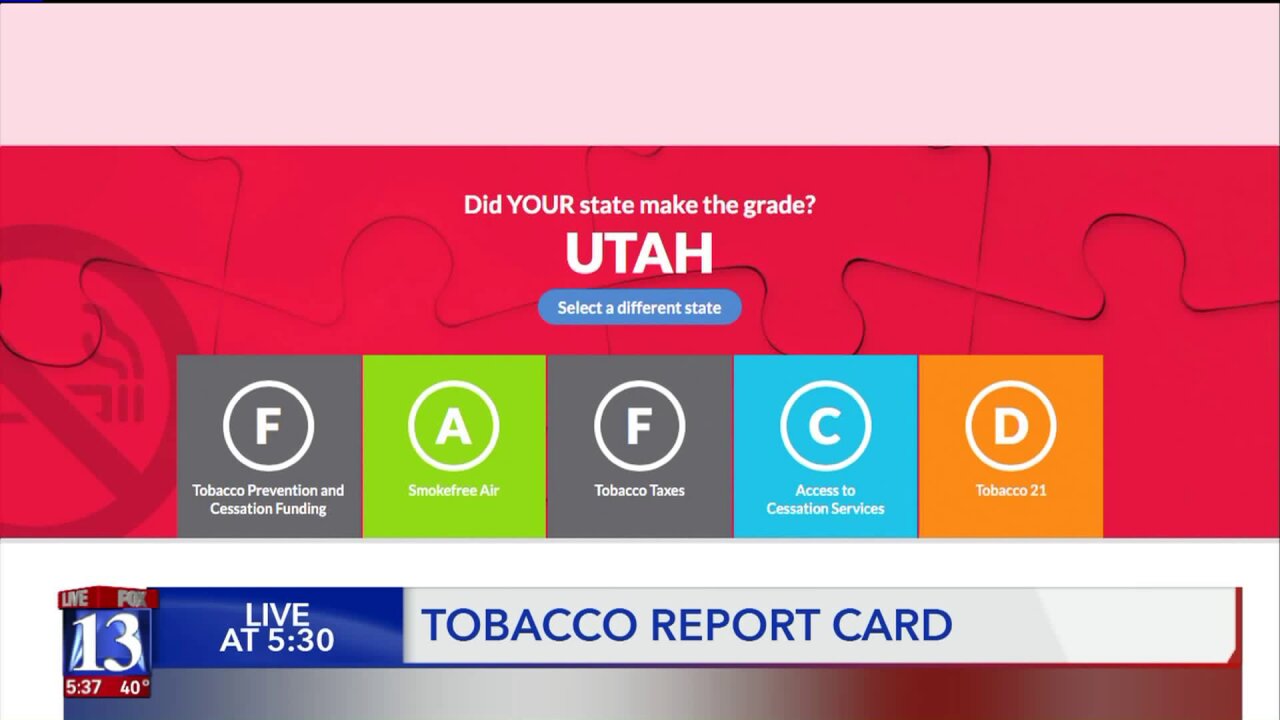 Turns out, the ALA is a pretty tough grader, because Utah does better than most states. The Southeast is riddled with states that get F’s across the board.

Still, Michael Siler with the ALA said those F’s are a big deal.

On funding, Siler said Utah spends just 42 percent of the amount the Centers for Disease Control Recommends on smoking cessation and control.

Washington D.C. gets the only A in the tax category, charging $4.50 per pack.

“We know that by increasing the tobacco tax by 10 percent, 6.5 percent of smokers will quit,” Siler said.