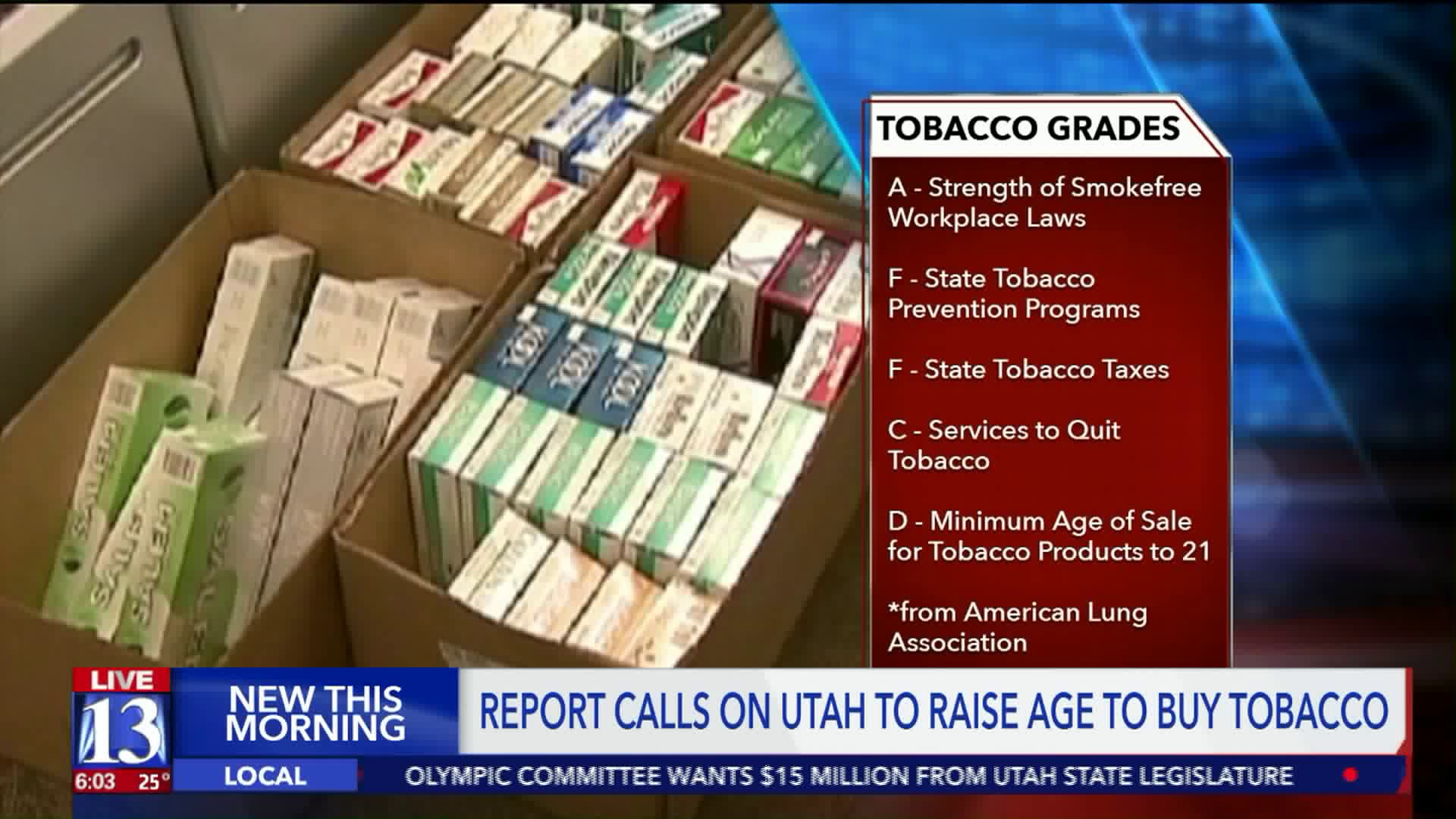 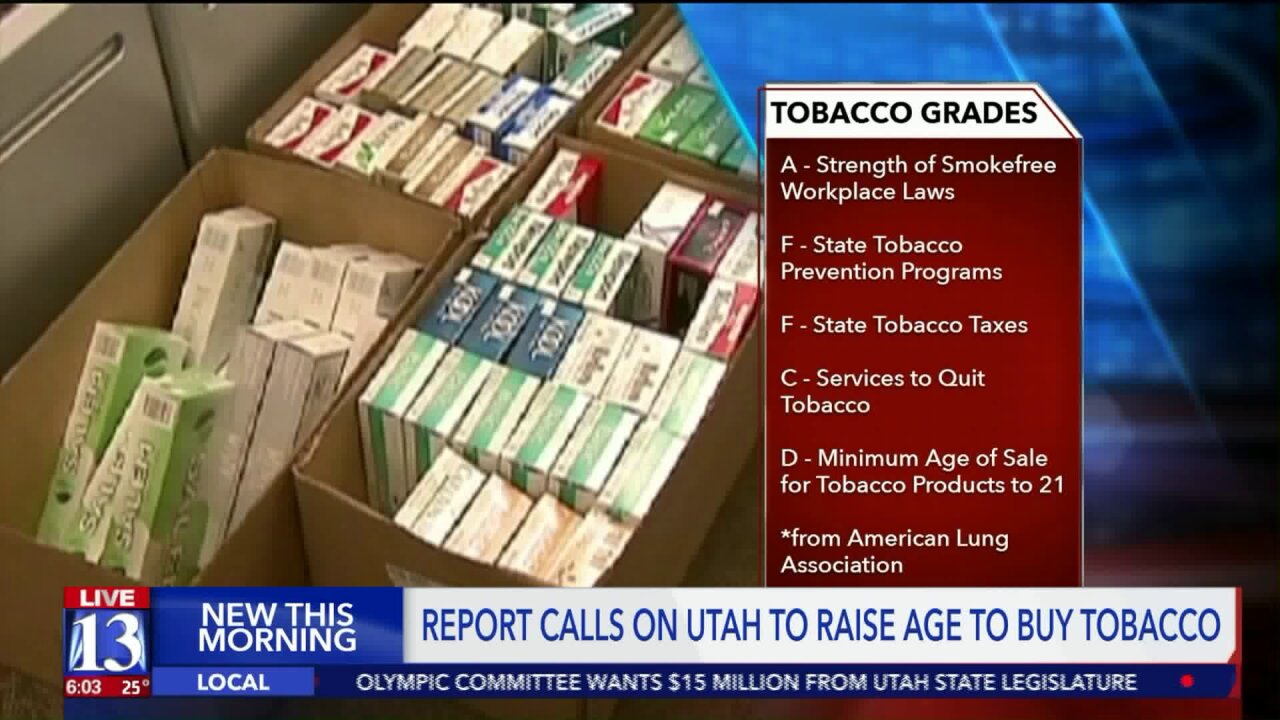 The group released a report Wednesday grading Utah on its efforts to reduce tobacco use, which they said is the nation's leading cause of preventable death and disease.

JoAnna Strother, American Lung Association Advocacy Director, said the report is a road map to saving lives by preventing and reducing tobacco use.

“In Utah, our smoking rates remain at 8.9%. Tobacco use is a serious addiction and we need to invest in the proven measures to prevent and reduce tobacco use outlined in ‘State of Tobacco Control’,” Strother stated.

There are an estimated 480,000 lives lost nationwide each year, and the American Lung Association states that close to 95 percent of smokers tried their first cigarette before the age of 21. They said raising the age limit will save lives.

The report also addresses e-cigarette use among youth, showing a 78 percent increase in high school e-cigarette use between 2017 and 2018. They state that amounts to an increase of about one million children using e-cigarettes.

The report gives Utah a series of grades in various categories related to prevention and smoking cessation, which are listed below. You can access the full report and view grades by state via the association's website.