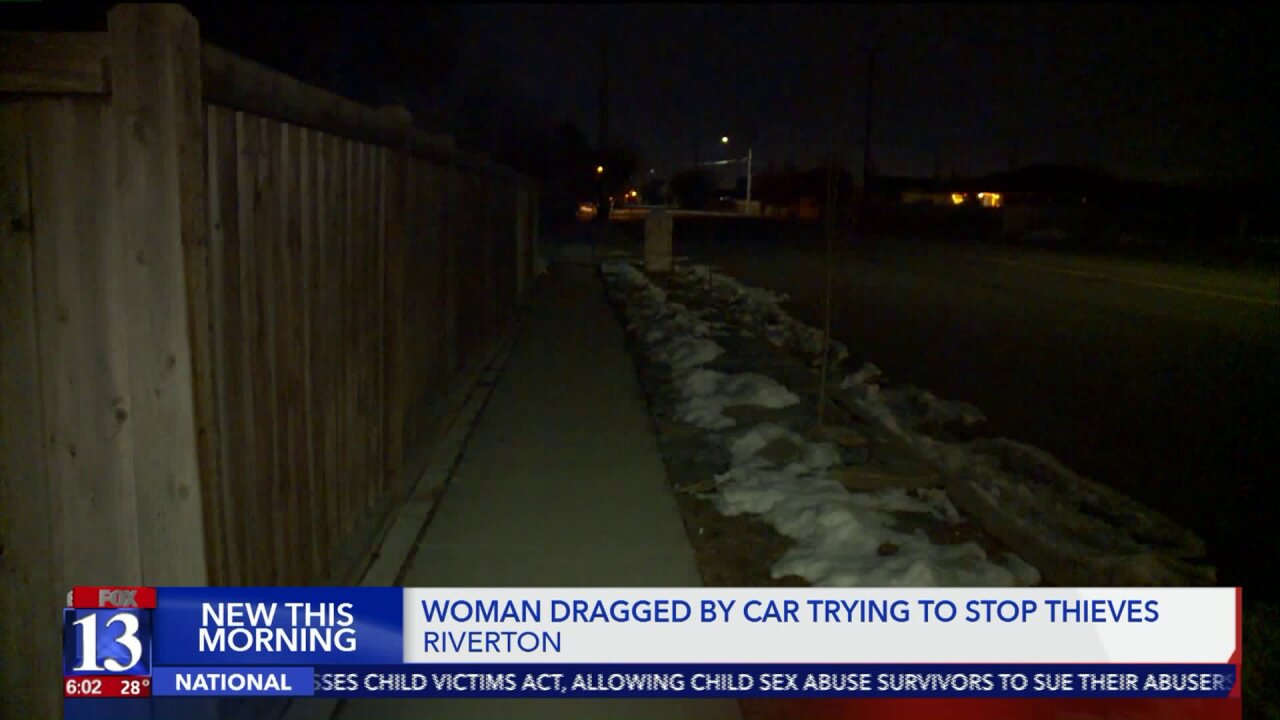 RIVERTON, Utah -- A woman attempting to sell a video game console online said she was dragged a short distance by a vehicle when the would-be buyers turned out to be thieves.

Unified Police in Riverton said the woman was trying to sell an Xbox online and agreed to meet someone outside of her home, near 12500 South Temple Drive, for the sale.

The woman told police two men arrived in a vehicle and one rolled down the window and asked for a closer look. That's when the man grabbed the console and the pair fled.

"Just out of that instinct she just grabbed onto the car, and immediately when she started to get drug, let go," said Lt. Paul Baker of the Unified Police Department. "Obviously they could have fallen and had the car run over them, and then it would've been serious injuries."

The woman suffered minor injuries and was not taken to a hospital.

Police say this is an important reminder about taking precautions when arranging transactions online.

"Be careful if you're selling stuff on the internet," Baker said. "Maybe meet in a public place. Have somebody with you. Just use some good caution and some good common sense."

The two suspected thieves fled in a newer model black Cadillac. Police ask anyone with information about the crime or anyone who may have doorbell or security camera footage from the area to contact them.

Several Utah police agencies, such as Layton Police  and Sandy Police, have established safe exchange zones where people can meet to conclude deals set up online.