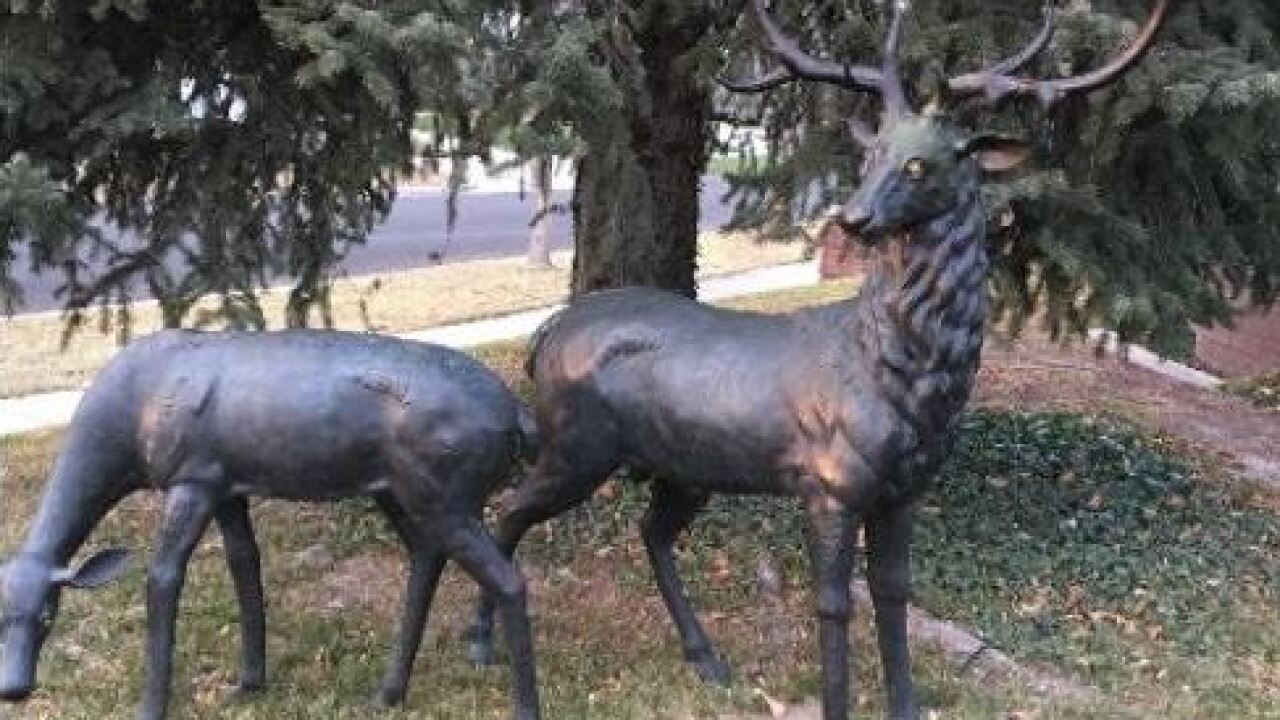 SALT LAKE CITY — Police in Salt Lake City said Tuesday they have identified a suspect in the theft of two bronze deer statues.

Police stated that there was an attempt to sell the cut-down statues to a metal recycler.

Police said Taylor Loveless, 28, was a person of interest in the theft:

A #PersonofInterest has been identified in the statue #Theft. We are looking for Taylor Loveless, 28. Do you know where he is? We want to talk with him about acquiring art in a unscrupulous manner. Case number 19-8691. pic.twitter.com/ixL4XBGKka

Anyone with information on the whereabouts of Loveless was asked to call police at 801-799-3000 and reference case number 19-8691.