Bill to replace voter-approved Prop. 3 passes out of a Senate committee 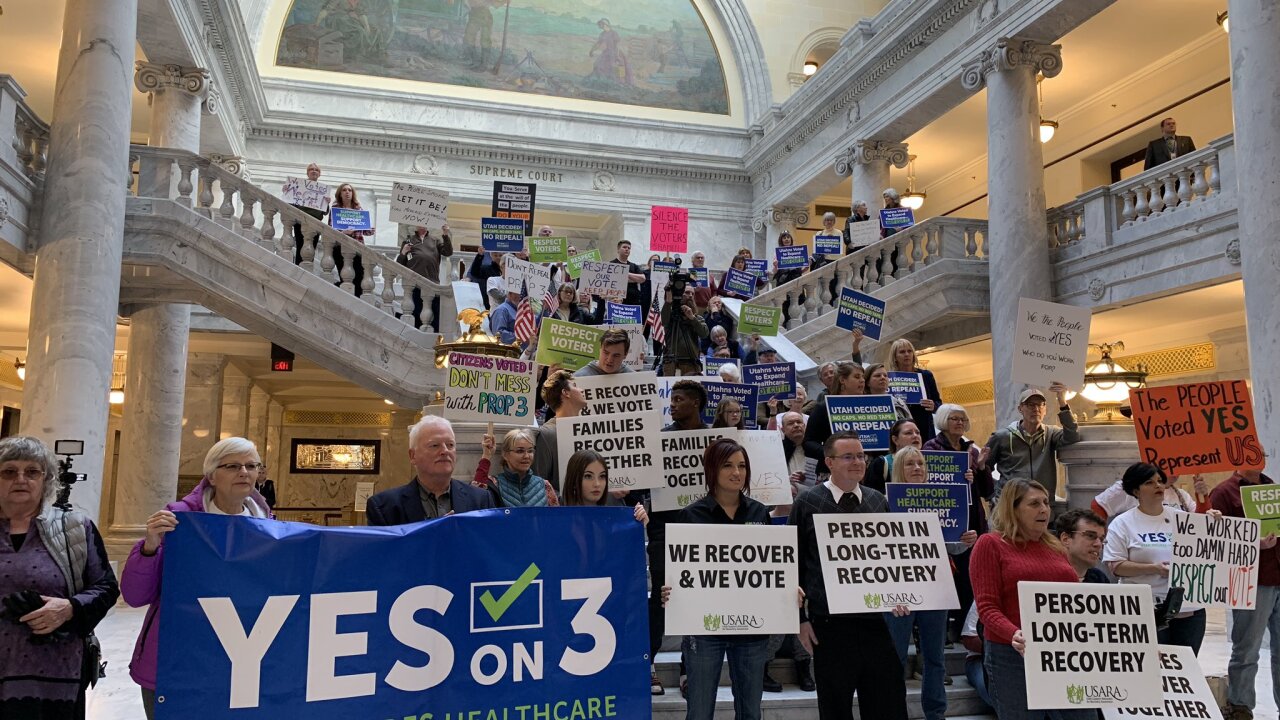 Demonstrators rally in support of Prop. 3 on the opening day of the Utah State Legislature. (Photo by Ben Winslow, FOX 13 News)

SALT LAKE CITY — A Senate committee voted 6-2 to advance a bill that would replace Proposition 3, the Medicaid expansion ballot initiative.

The vote, along party lines, sends the bill to the Senate floor for consideration. It came after a lengthy hearing on a bill that was swapped out with a bill that appeared to have the support of Republican leadership on Utah’s Capitol Hill.

Rep. Jim Dunnigan, R-Taylorsville, said 150,000 Utahns would be covered with either free or heavily subsidized coverage. But he said it would help manage costs that the sales tax hike voters approved in Prop. 3 did not cover.

Democrats on the Senate’s Health and Human Services Committee were skeptical about whether the Trump administration would provide waivers and whether SB96 is adequate.

“For you is there ever a situation where full Medicaid expansion should be provided period?” asked Senate Minority Whip Luz Escamilla, D-Salt Lake City.

“Philosophically, am I opposed to Medicaid expansion?” Sen. Christensen replied. “The answer is yes.”

He added he was running a Medicaid bill because it is what voters wanted. (Ironically, Sen. Christensen was praised by healthcare advocates and Democrats for another bill he ran that expanded Medicaid dental coverage.)

But legislative leaders still fear the bill is a budget buster. They faced public pushback from those who complained the legislature is contemplating a $225 million tax cut and has a billion dollar surplus but can’t cover Medicaid expansion.