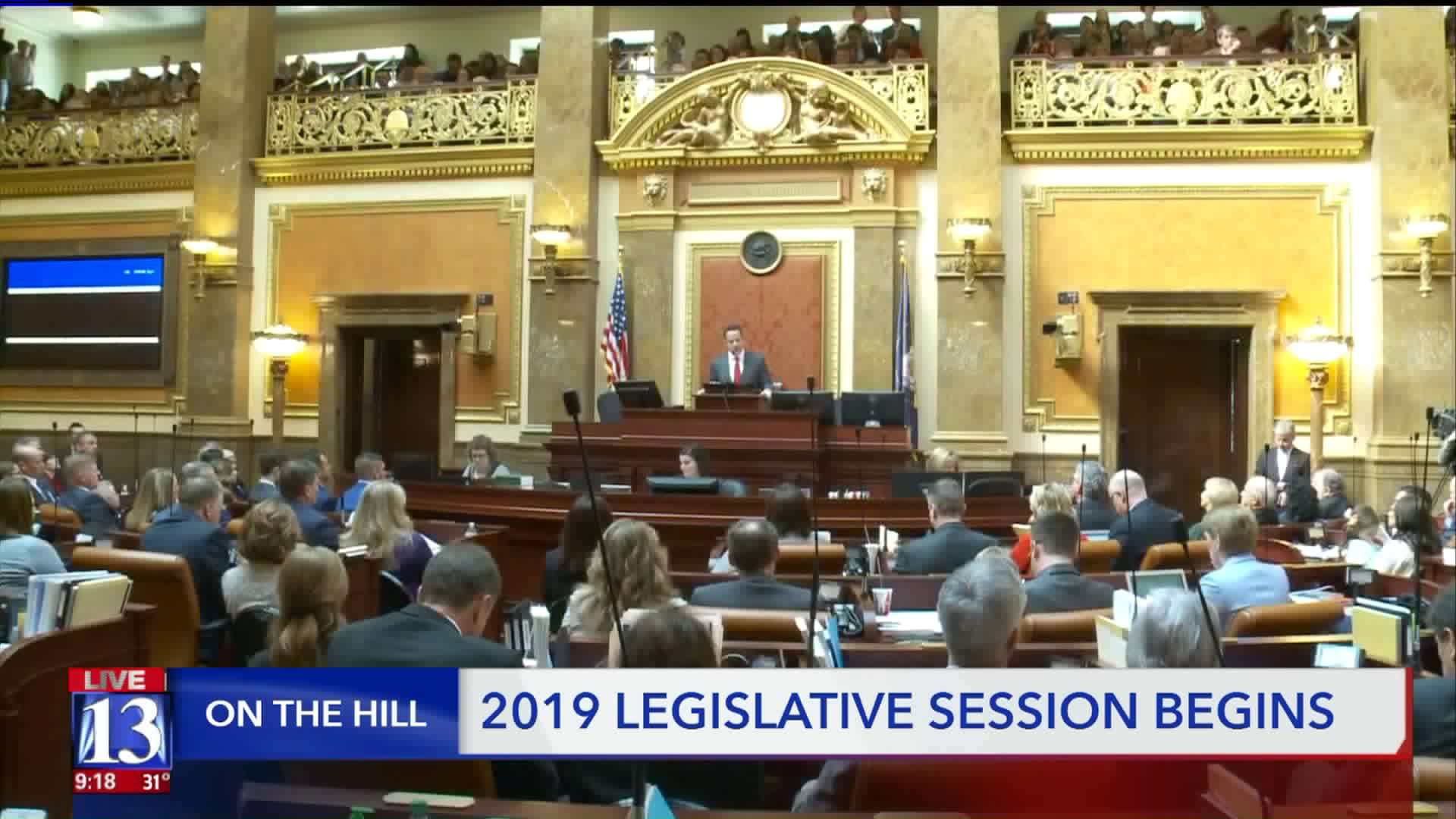 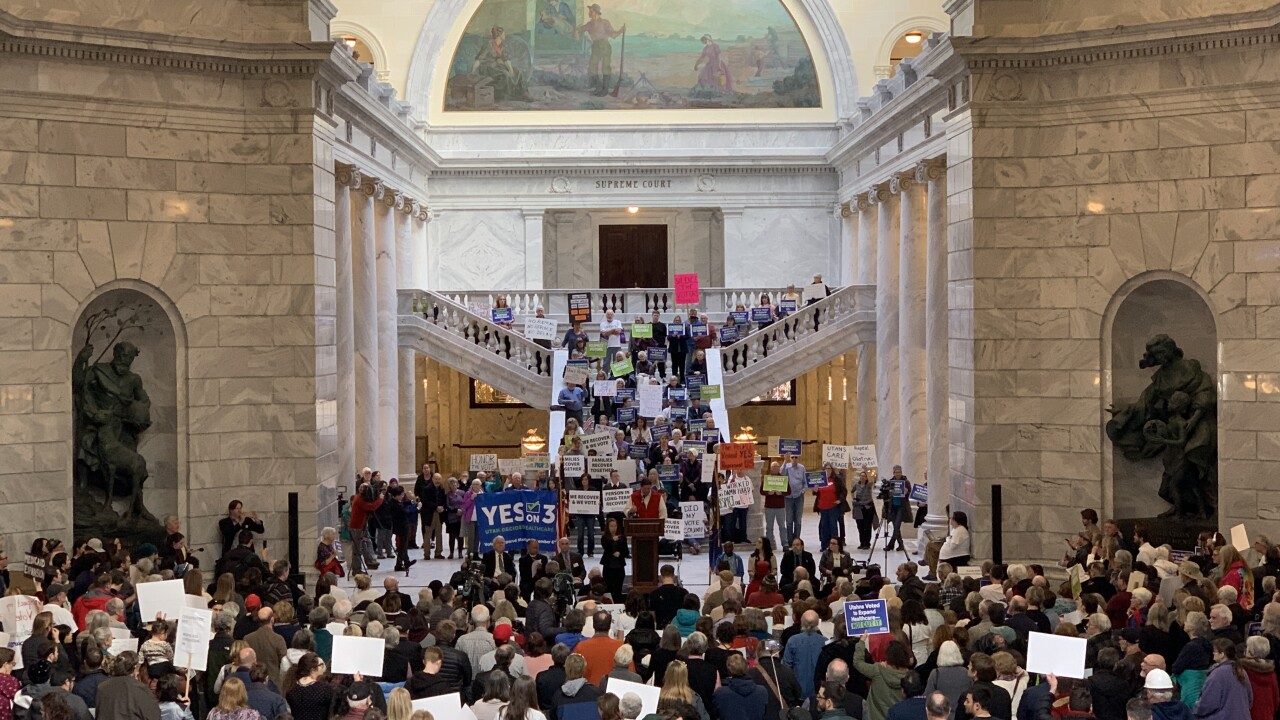 Demonstrators rally in support of Proposition 3 on the opening day of the Utah State Legislature. (Photo by Ben Winslow, FOX 13 News)

Hundreds packed the Utah State Capitol rotunda to demand lawmakers enact what they voted on.

"We decided to take it into our hands as voters and the people of Utah!" said Stacy Stanford, who racked up $250,000 in medical expenses and lived in the coverage gap.

Bishop Scott Hayashi of the Episcopal Diocese of Utah warned lawmakers that if Prop. 3 isn't put into place, "people will die."

Prop. 3 passed in November with 53% of the vote. It implements a sales tax hike to cover thousands of Utah's poorest by providing them with Medicaid.

But lawmakers fear it will be a budget buster. They worry the sales tax hike that voters approved will not cover ballooning costs.

A series of bills have been filed ahead to modify or all-out repeal Proposition 3. But speaking to reporters on Monday, Senate leaders indicated they weren't willing to go that far.

Legislative leaders have been in negotiations with Governor Gary Herbert and health care policy advocates about finding some middle ground. Senate Majority Whip Dan Hemmert, R-Orem, said he hoped they can find "somewhere in the middle."

"We’ve heard the people that they want to increase expansion, they’re willing to do that with a tax increase," he said. "At the same time, we have a responsibility to manage a budget and balance a budget."

"We’re going to stand behind Prop. 3," she told reporters on Monday.

The 2019 legislative session got under way with new leaders anxious to tackle some big issues, including tax reform. House Speaker Brad Wilson, R-Kaysville, raised the stakes in his opening remarks when he announced an even deeper tax cut than the governor has proposed.

"A $200 million tax cut is a good idea. But an even better idea would be to deliver this session the largest single tax cut in Utah history of at least $225 million," he said to applause from his House colleagues.

Meanwhile, another issue will not likely appear before the legislature this year. Having swapped out voter-approved Proposition 2 with a "compromise" medical cannabis bill, Senate leadership indicated they wanted a break on such bills.

While Senate Majority Leader Evan Vickers said he would support minor tweaks, the Senate President said he wanted a time out.

Demonstrators rally in support of Prop. 3 on the opening day of the Utah State Legislature. (Photo by Ben Winslow, FOX 13 News)

"I think there’s a general consensus the broad-base policy of cannabis or the marijuana issues would take a breather. There may have to be some tweaking," Sen. Adams said.

The repeal bills, sponsored by Sen. Allen Christensen, R-North Ogden, and Sen. Jake Anderegg, R-Lehi, were scheduled to be heard before the Senate Health and Human Services Committee on Tuesday.