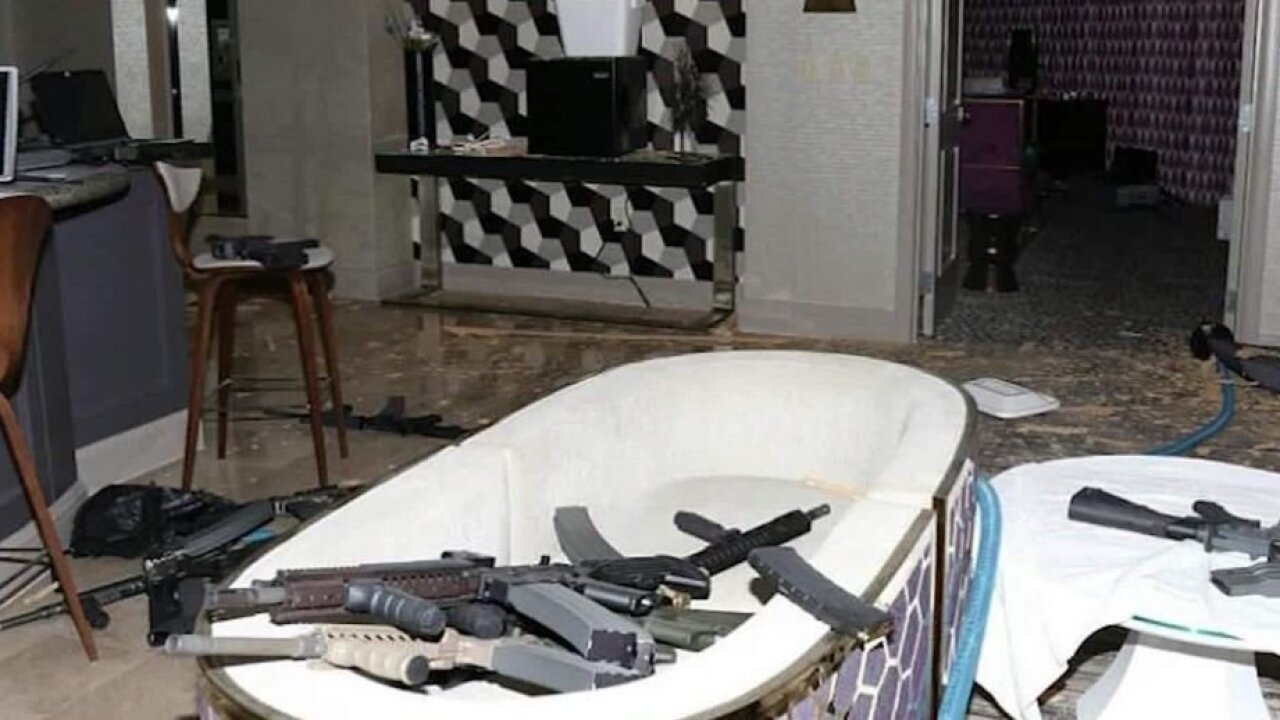 Since their loved ones were killed in the Las Vegas shooting in October 2017, the families of the 58 people who died have faced a difficult decision: Should the shooter’s guns be sold and the proceeds given to the families? Or should the guns be destroyed? Full credit: Las Vegas Metropolitan Police Department

(CNN) — Since their loved ones were killed in the Las Vegas shooting in October 2017, the families of the 58 people who died have faced a difficult decision: Should the shooter’s guns be sold and the proceeds given to the families? Or should the guns be destroyed?

Now an anonymous donor has donated $62,500 to ensure that guns owned by the shooter, Stephen Paddock, are destroyed, according to an attorney for a court-appointed administrator handling the shooter’s estate. The collection as a whole has been appraised at a value of about $62,300.

Alice Denton, the attorney for the special administrator of Stephen Paddock’s estate, confirmed to CNN that the money had been deposited into her trust account.

But the special administrator — tapped by a court judge after Paddock’s mother ceded her son’s estate to his victims — needs court approval for anything regarding the estate, Denton said, including the potential destruction of the guns.

She said she expects a hearing before a probate judge in early March.

The donor first reached out to the New York Times, Denton told CNN, who put him in touch with Denton in early January. The donor — who the Times described as a “San Francisco software executive” — told the newspaper he simply wanted to “alleviate some of the pain” for the victims’ families. His only stipulation for the money was that the guns be destroyed, the Times reported.

“I think the families would feel better if the weapons are gone,” he said.

If the judge approves the destruction of the guns, the donor’s $62,500 would then go into Paddock’s estate and eventually be disbursed to the families of the 58 victims who were killed in the massacre.

But if the judge does not allow the weapons to be destroyed, the money would be returned to donor, said Denton, who described him only as a “very compassionate person.”

Mynda Smith’s sister, Neysa Tonks, was among those killed in the deadliest mass shooting in modern US history. Though her family never wanted any money, Smith says, the donor’s contribution is welcome news.

“For us, it really is emotional trauma to continually go through things like this, to have situations pop up that are a reminder of the ugliness of it all” Smith told CNN in an interview. “We never wanted financial gain — it wasn’t of importance to us.”

“But if this man is willing to pay to destroy something associated with evil, that is a gift to not only us, but to the families and survivors,” she said.

‘They will always be his guns’

The fate of Paddock’s guns has remained a looming question, one nearly without precedent, Denton said.

“I don’t think there has been more than 1 or 2 attorneys in the United States that have dealt with a position like this,” she said. “Very seldom do you find a mass murderer having assets.”

By the time he opened fire from the 32nd floor of the Mandalay Bay Hotel, Paddock had amassed a collection of at least 47 guns of varying size and power.

One option is to auction the guns off, but that could be fraught with unintended consequences.

As Denton explained to CNN’s Michael Smerconish earlier this month: “The question becomes, if we liquidate these guns and sell these guns, which is required as part of the special administrator’s duty, we will be perpetuating the violence that actually caused the death of those individuals.”

The collection’s fate wouldn’t matter to Smith if they were just anyone’s guns. But because they belonged to Paddock, they carry a certain significance.

“If it were just guns, there’s no good in destroying them,” she said. “But it’s not just guns. They were associated with him. They will always be his guns. They would buy it with the intent of buying his guns. It can’t bring any good to these families.”

But not all of the victims’ families want the guns destroyed.

Rick Friedman, a lawyer representing the family of another shooting victim, tells CNN that they do not want the weapons used in the attack destroyed. The family is considering litigation against the manufacturers of the guns used in the shooting, and says they should be preserved as evidence.

“The family does not care about guns that were not used in the shooting being destroyed,” Friedman told CNN, “…but guns that were used in shooting, they want preserved until any legal stuff is over.”

It’s unclear how exactly the guns would be destroyed. According to Denton, the FBI in Las Vegas is currently in possession of them. Typically, whatever agency has control of the weapons would be the one asked to destroy them, Denton said, but it’s too early to say whether that would be the FBI in this case.

CNN reached out for comment from the FBI’s Las Vegas field office Saturday afternoon, but has not heard back.