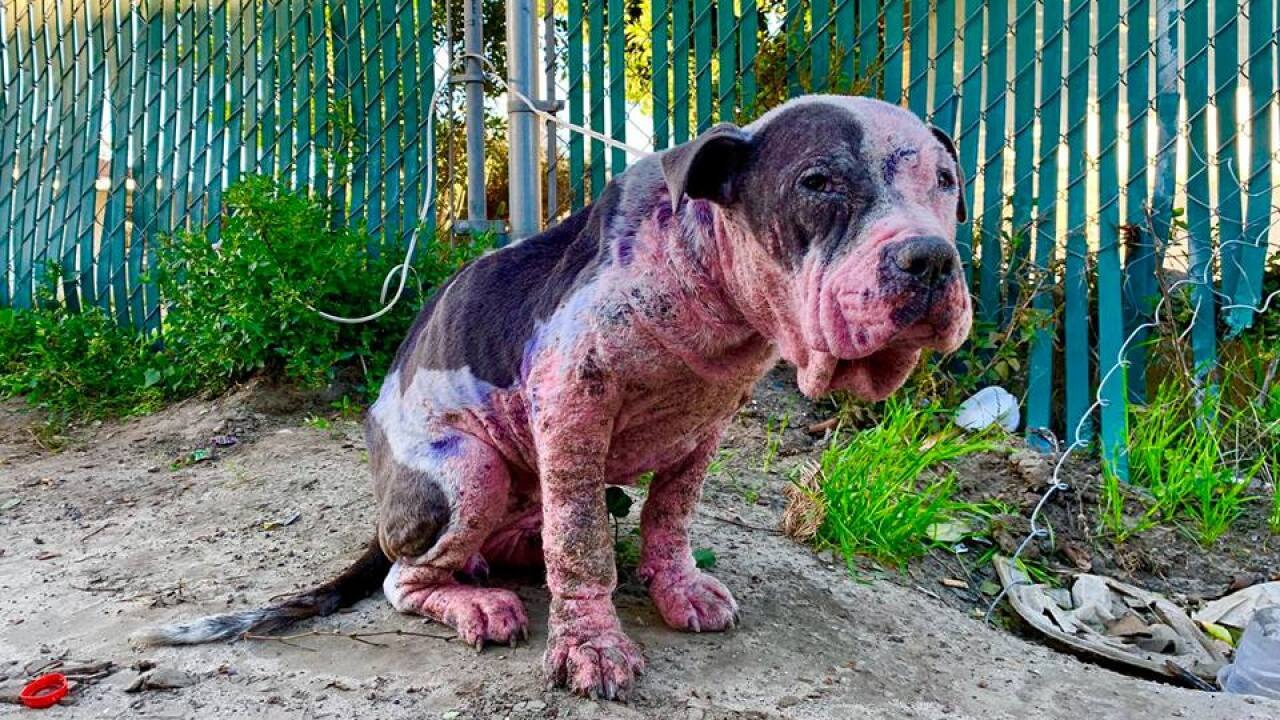 LOS ANGELES -- An animal wellness foundation is asking for the public's support for medical care of a dog, who was found badly abused and may have been assaulted by a gang or used in an initiation.

The Animal Hope & Wellness Foundation said the dog, who they named Avery, was found beaten and sprayed with paint.

The foundation said Avery also had strangulation marks around her neck, was tied to a fence by an extension cord and left in an alley in the Watts area of Los Angeles.

"She is in extremely poor condition," the foundation said. "Cries when you press your hand to her face. We believe she may have been assaulted by a gang or used as initiation."

Avery also had open sores on her belly and leg, and had a large welt on the side of her forehead, according to the foundation.

"Currently we are on the way to the hospital, to admit her for emergency care and X-rays. While she can move, she is in critical and extensive pain. Damaged and defeated. Wounded - but still amazingly compassionate," the foundation said.

On Tuesday, an update on Avery was posted:

Anyone who wishes to donate to the Animal Hopes & Wellness Foundation can click here.