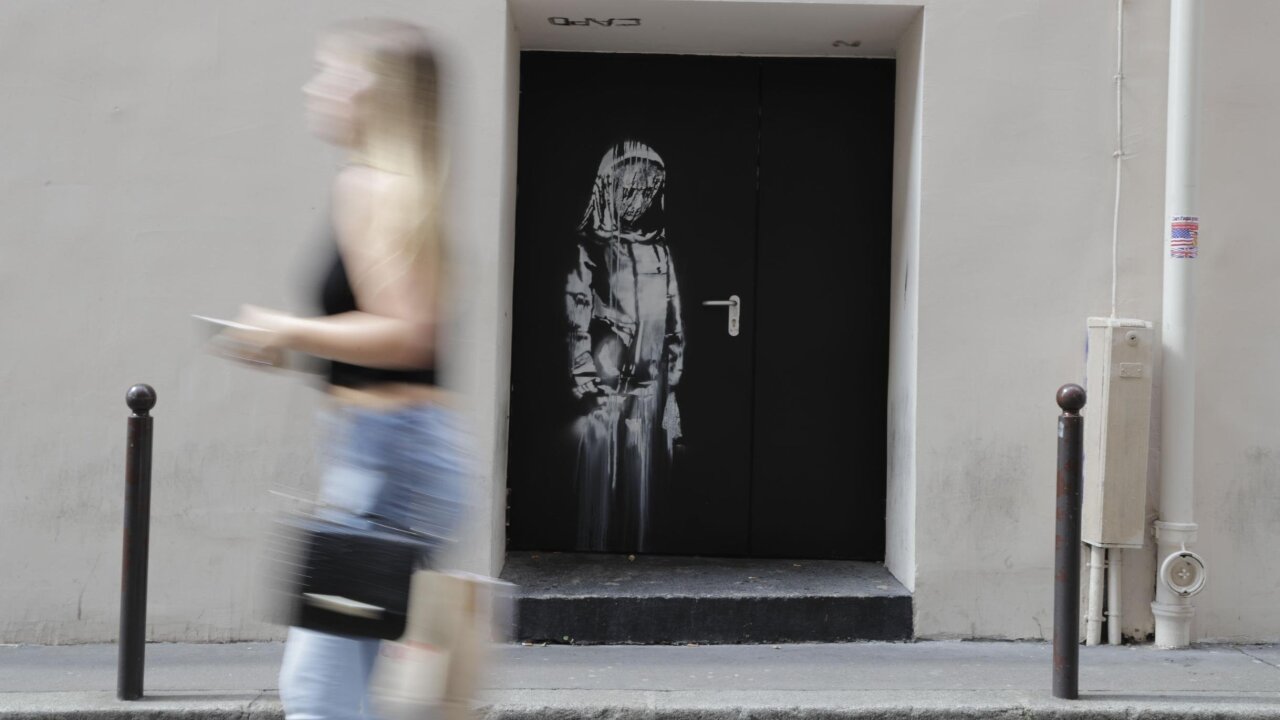 A woman walks past a recent artwork by street artist Banksy in Paris on June 25, 2018, on a side street to the Bataclan concert hall where a terrorist attack killed 90 people on Novembre 13, 2015.

(CNN) — A Banksy mural painted on a fire door at the Bataclan theater in Paris has been stolen, the concert hall said in a tweet on Saturday.

“It’s a deep sadness that moves us today,” the tweet read. “Banksy’s work, a symbol of remembrance and belonging to everyone — locals, Parisians, citizens of the world — was taken from us.”

The painting showed a sad figure wearing a veil in black and white, her head slightly bowed as she gazed downward.

This particular mural carries added significance, being painted on the door of the Bataclan, where 90 people were killed in a November 2015 terrorist attack.

The Bataclan mural appeared last June, along with a handful of other works purportedly by the British street artist that sprang up across Paris, many of which dealt with Europe’s migrant crisis.

While CNN can’t independently confirm the works are, in fact, by Banksy, the anonymous street artist shared a picture of the Bataclan’s mural on his Instagram.