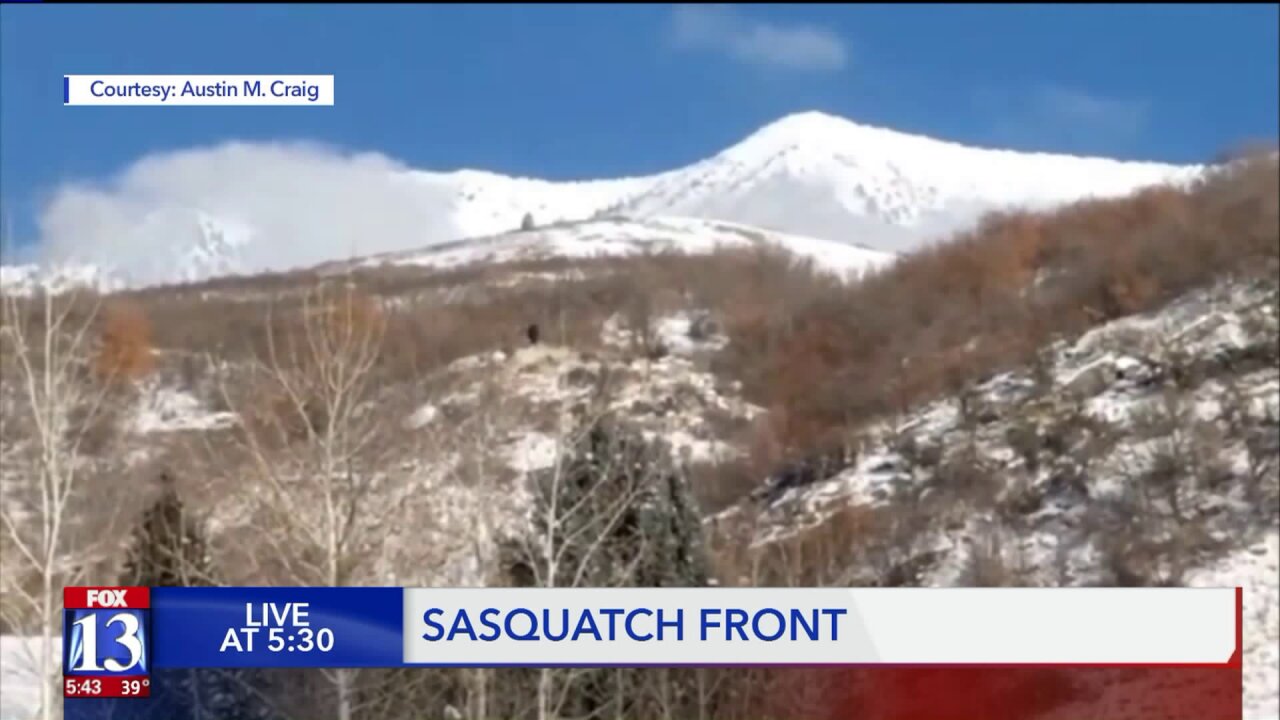 PROVO, Utah -- Whether Bigfoot is real or not is more a question of faith than science. Case in point, the latest sighting in Provo. The incident happened earlier this month, and of course, there is video.

"Seriously, look how big it is. I don't think it is a human. I think it's a Sasquatch," said a Provo man.

It was a bluebird January morning in the foothills of Northeast Provo when a group of guys saw a figure on the mountain that looked like something they've never seen before.

"You can’t just see something that’s maybe a once in a century discovery and go do your nine to five job. You got to go look for fur, or footprints, or some kind of evidence," said Austin Craig, who captured the moment on video.

The camera was rolling as Austin took to the mountain with a buddy on a search for the elusive Bigfoot.

"That is exactly where I saw the quote, unquote Sasquatch, and you guys put together even aren’t even as close to as wide or as tall as it was," the Provo man in the video said.

Their finding were inconclusive.

"Was it a bear? Maybe. That’s plausible. Was it a person? Also plausible," Craig said. "Was it something else? I think that’s also possible. Who knows?"

Utah has had its fair share of Bigfoot sightings over the years. It seems most of them, in Utah County.

We spoke with an expert from Utah's Natural History Museum who says, you can believe in it or not, but the science simply isn’t there.

"What’s the likelihood that there are big animals that have gone undetected by scientists and by trained observers?" asked Dr. Eric Rickart, Curator of Vertebrate Zoology at Utah's Museum of Natural History.

Dr. Rickart has spent much of his career exploring places people have never gone before, in search of new species. So far, no Bigfoot, or anything like it.

"There are lots of things to discover, particularly in the natural world, but they don’t take the form of giant apes running around in largely settled areas of the world," Rickart said.

So what do you believe?

"I’m really hoping that I get to go look again," said Craig. "Maybe there’s something out there to find right here in Utah; even in Provo."

"So Bigfoot does not live in Provo," asked FOX 13's Amanda Gerry.

We spoke to a representative from the Rocky Mountain Sasquatch Organization who says after they saw the video, they headed up that same mountain two days later. Their findings were inconclusive.