Strangers help single mom off a mountain after boulder immobilizes her 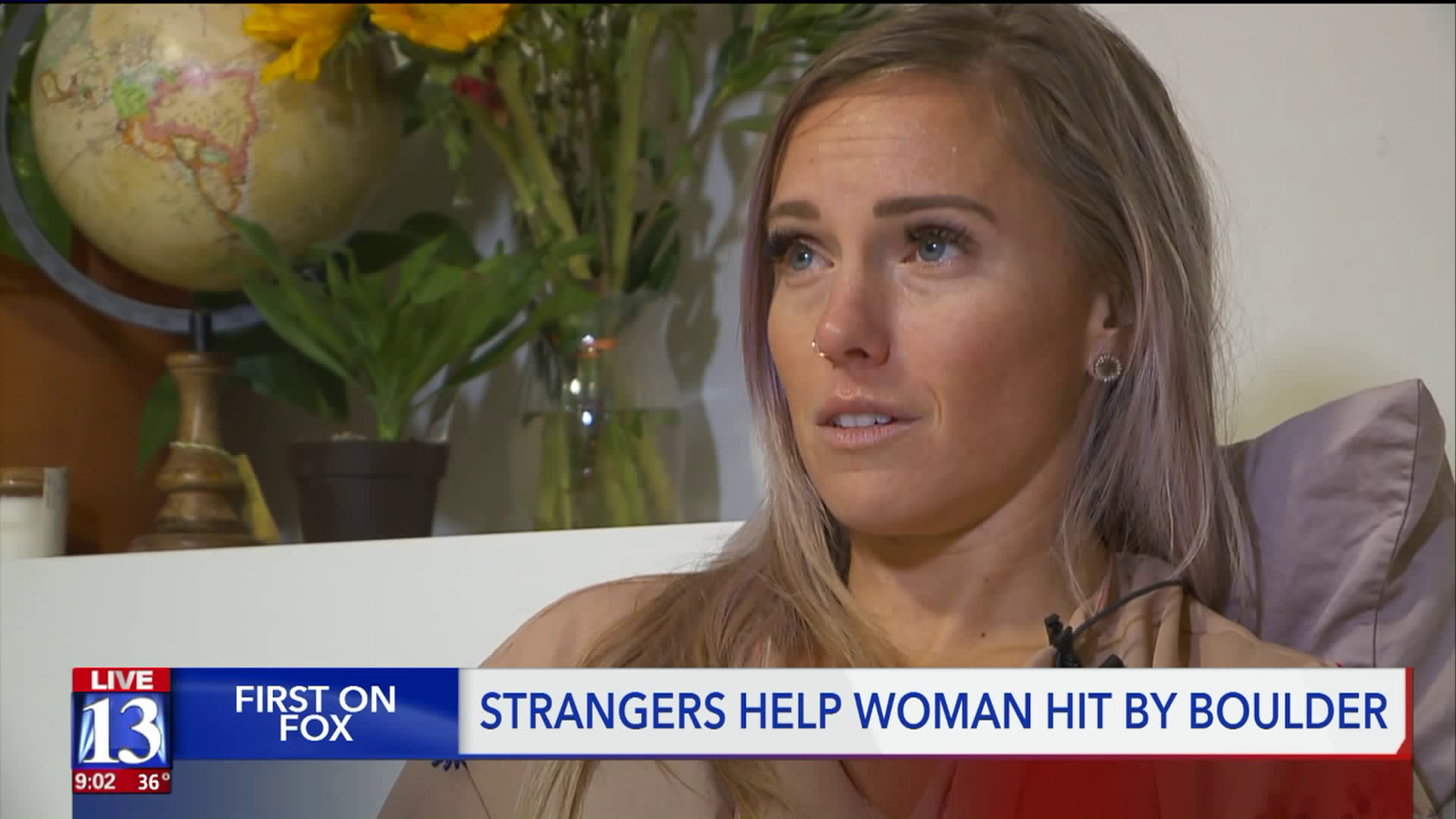 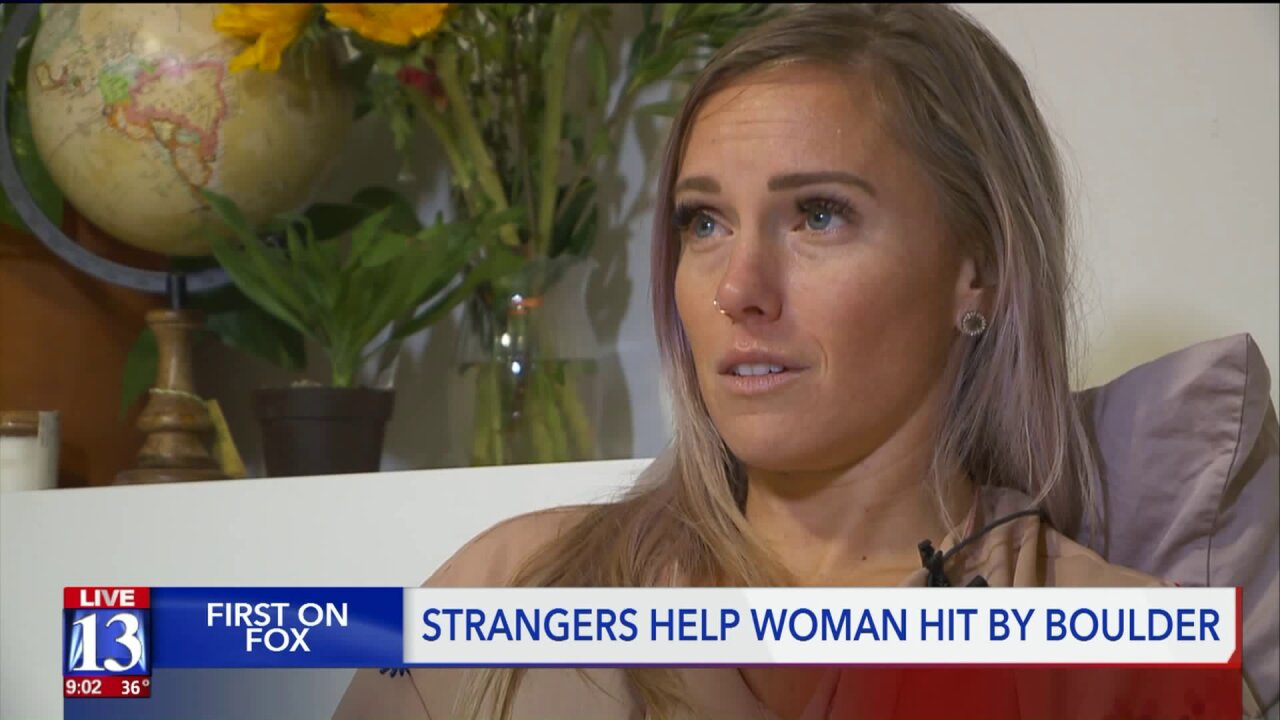 SPANISH FORK CANYON, Utah – A Utah woman is thanking the kindness of strangers after a boulder immobilized her during a day of hiking.

“It was gorgeous, it was a beautiful day,” said Shalee Booker describing the day of her hike in Diamond Fork Canyon.

Booker was enjoying a day of nature, hiking and swimming in natural pools at the Fifth Water Hot Springs Sunday.

“Sitting in the warm hot springs, when it’s so cold outside… and you are just surrounded by nature, it’s actually really incredibly beautiful,” Booker said. “I was sitting in that one last pool and I was rubbing the mud on my legs and just enjoying the last bit… I didn’t see or hear it coming.”

That’s when her day took a turn for the worse.

“Just this giant boulder hit right into my back,” Booker said.

Booker said others around her watched as the rock threw her forward and she stumbled onto her hands and knees and stammered as she unsuccessfully tried to get up.

“The second I kind of came back to, I could just feel the pain which is like nothing I’ve ever felt before,” said Booker.

The pain left her unable to move.

“I was really scared that things were a lot worse,” Booker sobbed. “Or that I wasn’t going to make it off the mountain at all.”

A complete stranger saw what happened and was there to help.

“He’s the one that had the satellite phone and decided to call in for help, so if he, if that man alone had decided not to go hiking that day this could be a completely different situation and story,” Booker said.

That man, Benjamin Basseches, was passing through Utah on a snowboarding road trip – his mom had given him the satellite phone as a gift before his trip. Basseches documented the day and stayed with Booker until she was in the ambulance.

"After I had gotten involved by lending my GPS, I felt responsible to stay with the victim at least until EMS arrived," Basseches said. "Once EMS arrived, it became clear that they needed all the 'civilian' help they could get." He said he was tasked with documentation, which is why he took so many photos.

Two and a half hours later, Booker saw helicopters start to circle above her as she lied on a towel on the ground – but it was just the beginning.

Three more hours, helicopters, nearly 20 different search and rescue members and EMT’s, and an ambulance ride later, Booker was at the hospital.

“I’ve had two babies and from the second that rock hit until I was probably in the ambulance, it was the worst, the worst pain of my life,” Booker cried.

The boulder broke three pieces in her spine. The breaks are inoperable and Booker said it could take months before her bones are able to fuse back together.

“Even though I got hit and still have broken parts of my spine, had it hit in the smallest fraction of a direction in [either] side of my body, it would be a completely different situation,” she said.

Booker is a single mother with two daughters – one of whom has down syndrome. Despite this accident, she said her daughter’s medical needs will always come before her own.

Unfortunately, the incident has landed her on bed rest for a minimum of two weeks. She’s a yoga instructor and will be out of work for a while.

You can find a GoFundMe for Booker here.