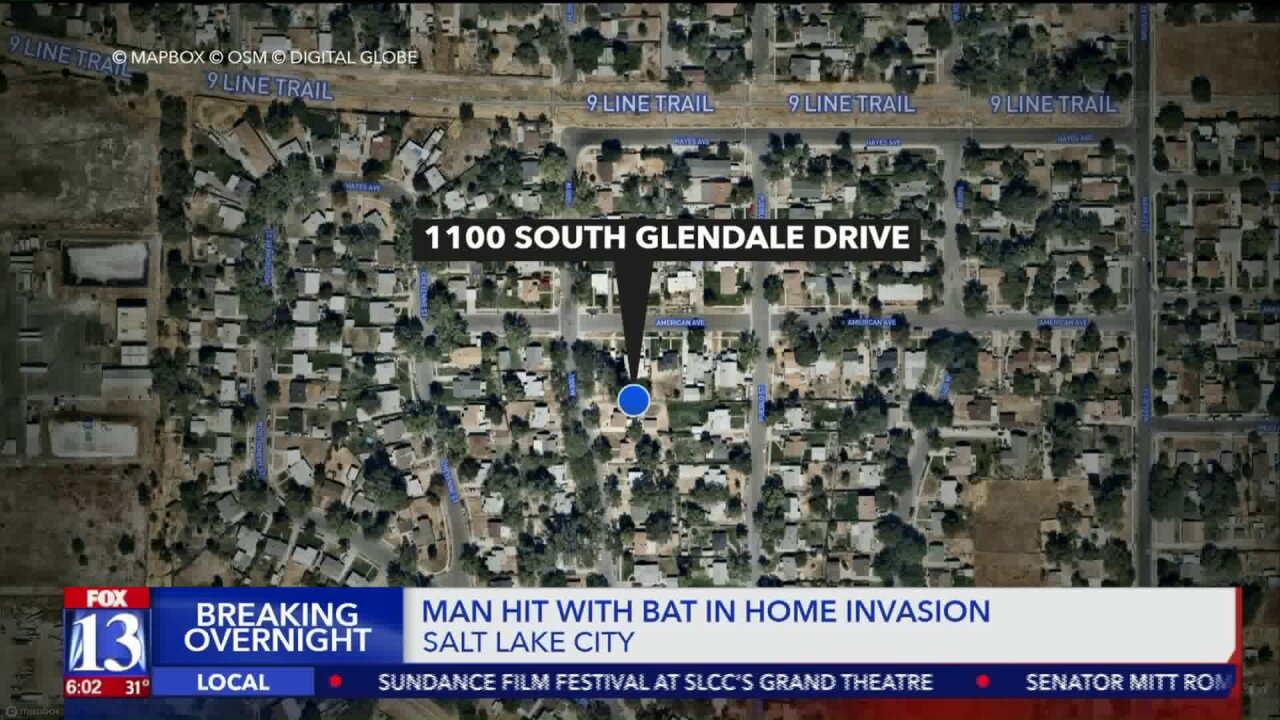 SALT LAKE CITY — A group of people broke into a Salt Lake City home late Wednesday night and one of them attacked a man with a baseball bat, according to police.

An SLCPD representative said the home invasion occurred near 1100 S Glendale Dr. and was first reported at about 10 p.m.

Police said the suspects took cellphones and other items during the break-in.

The suspects wore hoodies and masks during the incident, according to a description given by police.

The victim's condition is unknown.