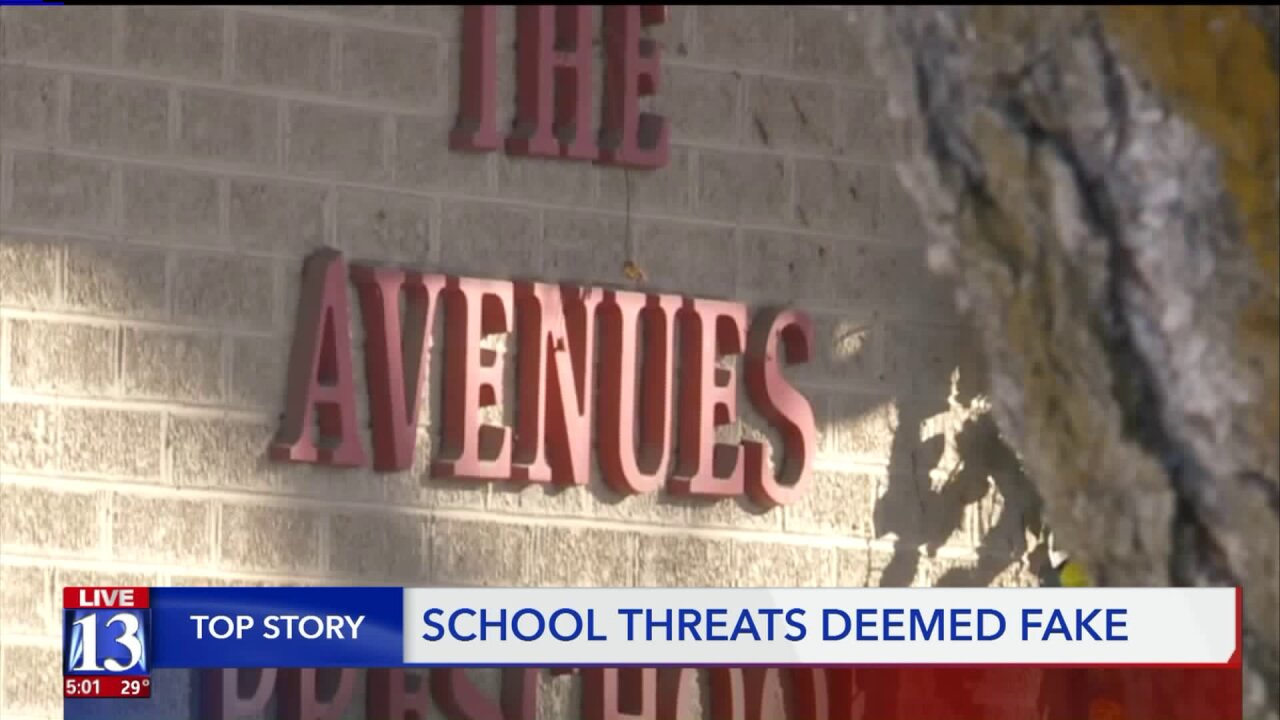 SALT LAKE CITY -- Schools in the Granite and Salt Lake City school districts are no longer on shelter in place or lockout protocols after police investigated a series of threats Tuesday.

According to Salt Lake City Police, numerous daycare and preschool locations received threats from a male caller claiming to be in the parking lot and threatening violence on the school.

The threats prompted several elementary and junior high schools to either lockout or shelter in place, but both districts reported those protocols were lifted shortly after 2 p.m.

A spokeswoman for the Unified Police Department said a caller claimed to be involved in a custody battle over a student, and was in the parking lot of a school with an AR-15.